DJ Laz is Back!

DJ Laz, well known South Florida DJ, and the boat operator during a fatal boating accident in early May 2014, dropped out of public view following the accident.

This past week, Monday August 25, 2014 marked his return to the South Florida airwaves on HITS 97.3 radio. 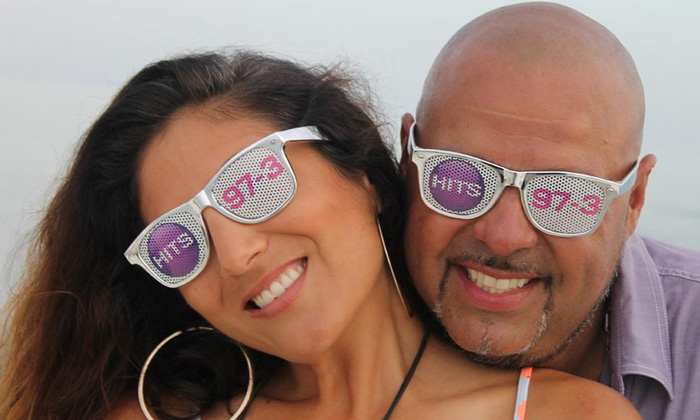 DJ Laz is back on HITS 97.3
joined by co-host Kimmy

On his first day back he made some remorseful comments about the accident and took at least one interview in which he spoke more about the days following the accident. DJ Laz noted he was not able to directly comment about the accident itself due to the ongoing legal actions. In media coverage of his return to radio, we noticed mention of his previous Twitter hashtag @therealdjlaz so we went over to see if his social media accounts had truly been reactivated.

To our surprise he has reactivated much of his Twitter account reaching back in time to 6 August 2013.

Noticeably absent are his May 4, 2014 posting inviting people to come out that fateful day. His post the day following the accident in which he expressed condolences to the family of Ernesto Hernandez, slain by DJ Laz’s boat propeller as he attempted to push it off a sandbar is present.

The first tweets following the accident were two retweets dated May 23 and May 25 followed by a May 26 tweet titled, Thank u San Antonio had a Great Time last night. A Twitter search for @therealdjlaz finds tweets by others in this time frame adding that tag to their post, plus others mentioning his name, including several news reports about the accident.

Also notably absent are many images from his earlier posts. Those images were linked from other social media accounts that have yet to be restarted.

Earlier, we noticed his Twitter account went down the same day he posted condolences to the family (May 5th).

We are not sure when the account reopened to the public, but it is certainly open now. He changed the theme/background to some funky purple colors as seen below. 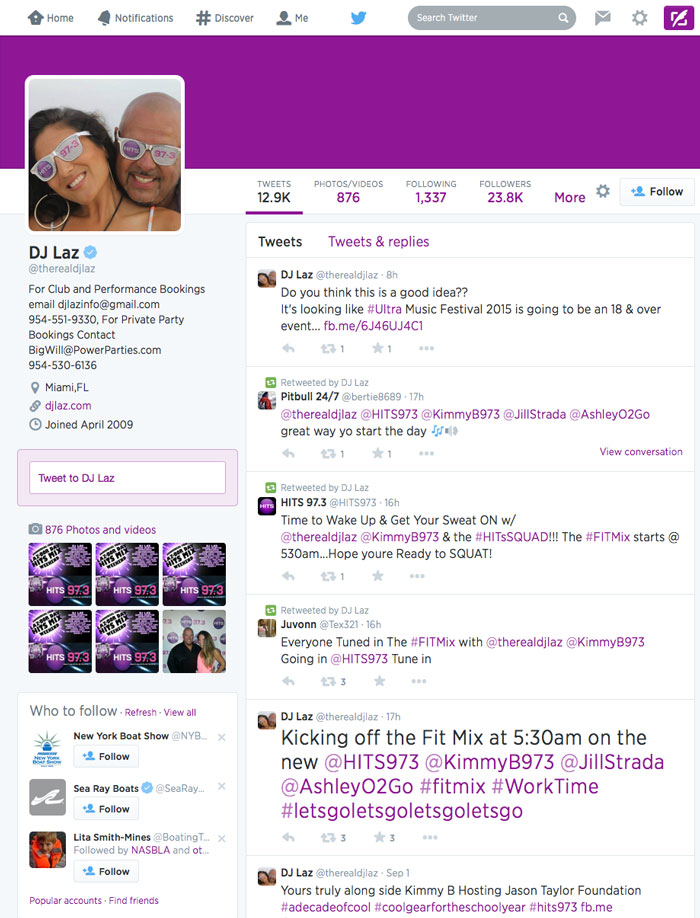 As we tracked some images, we found his Facebook site has now reopened as well “DJ LAZ (The real DJ LAZ)”. His Facebook account noticeably jumps from a May 4, 2014 (day of the accident) post in which he thanks some guys for fixing his daughters iPad, to a June 7th post on his friend Pitbull founding a charter school in Miami called the Slam Academy. Pitbull shared his story on CBS This Morning.

We were surprised to see him restart his social media accounts prior to the accident litigation running its course. However, social media is so important to a DJ in his environment he may have had to choose between restarting his existing sites vs. restarting at new hashtags/handles/sites which would have taken a huge toll on his daily reach (how many people are daily to exposed to his social media presence).