The Leash : tether prevents outboard motors from flipping into boats

When an outboard motor strikes a submerged object at speed it may break off and flip into the boat. Outboards that flip into the boat usually do so with the engine still running and the propeller turning at thousands of RPM. Those on board can be critically injured or killed.

We have long been especially pointing out the need to prevent larger outboard motors, such as those on bass boats, from entering the boat.

The Leash is a new product designed specifically to prevent outboard motors from flipping into bass boats and usable in other applications as well.

All images below, except the hand sketch have their origins based on images on The Leash’s Facebook page.

Shortly after we posted this page, The Leash also launched a web page on TheLeash.net. 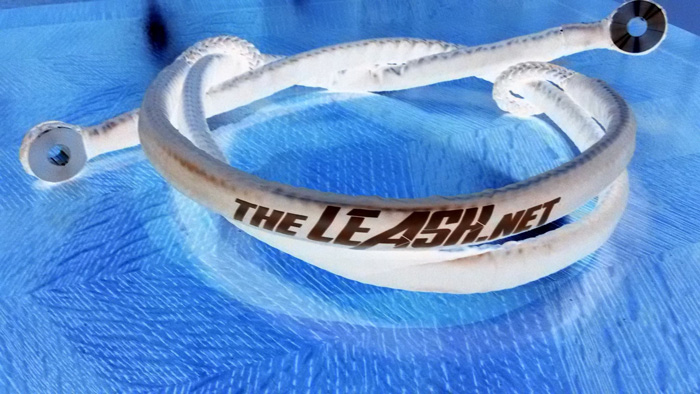 Our understanding is The Leash is made from Vecrtran rope or similar materials such as those used in tethers to prevent NASCAR car tires from becoming deadly projectiles in car crashes.

Details of exactly how the leash attaches are sketchy, but after closely examining several photos on The Leash FaceBook page we think we understand how it attaches.

Below we describe how WE THINK The Leash attaches. 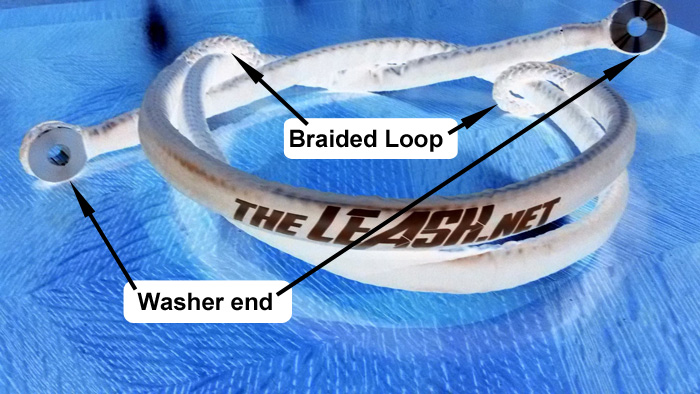 The shorter rope wraps around the back of the upper leg of the outboard motor with the loops facing forward.

The “washer” on one end of the longer rope goes under one of the outboard motor mounting bolts, or if you have a jack plate it goes under the one of the bolts attaching the jack plate to the transom. The loose end of the longer rope now threads through both loops of the shorter rope and then it is similarly attached to the transom by a motor mount or a jack plate mounting bolt on the opposite side. 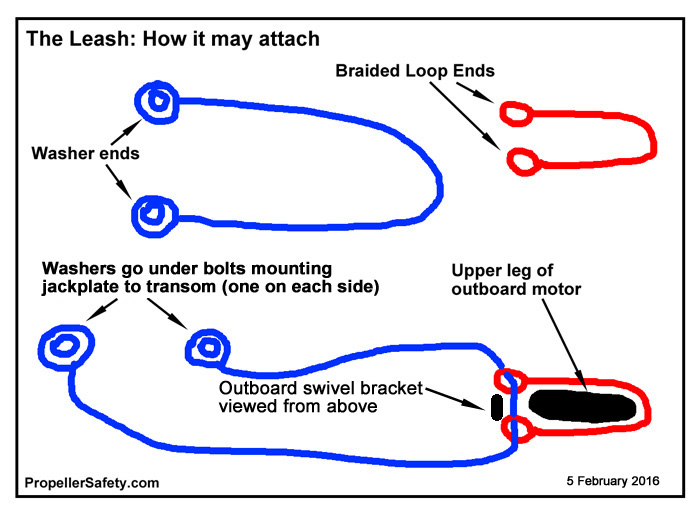 How The Leash is attached 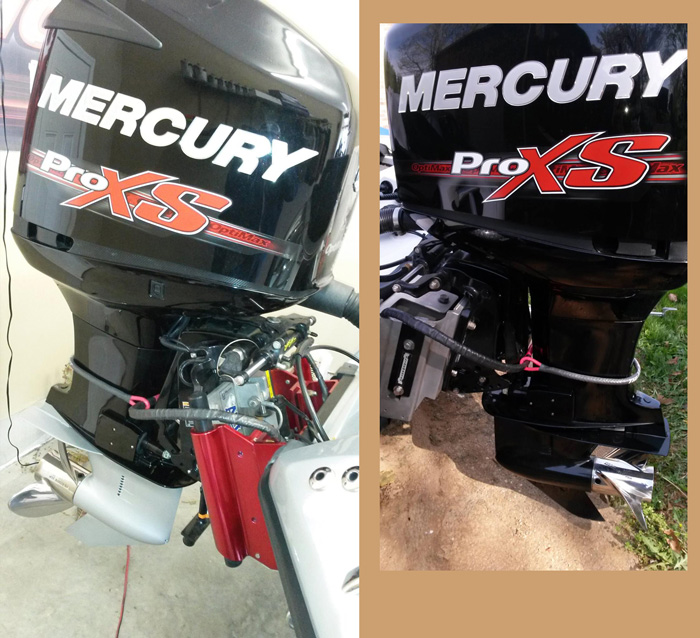 In addition to preventing outboard motors from flipping into boats, The Leash can also prevent your outboard motor from sinking to the bottom of the lake if it breaks off.

The Leash launched online in early January and we gave them a month to get up and running before we covered them here.

We suggested such a design in our “Tie the Outboard to the Transom” section of our 18 December 2013 Approaches to Prevent Outboard Motors From Flipping Into Boats After Striking Floating or Submerged Objects paper. We are thrilled to see someone developing the approach and launching it to the market.

We look forward to seeing The Leash in person soon.

The Leash is starting to make the rounds in forum discussions. A few are listed below.

Idea for the future

We were thinking about looping a cable around the back of an outboard to prevent it from flipping into a boat as we were walking the February 2015 Tulsa Boat Show. Previous applications we have seen used eyes bolted to the transom as attachment points for the cable. While walking the boat show we noticed some jack plates (like Slidemaster) started using U-bolts on the sides for use as attachment points for trailer tie downs. 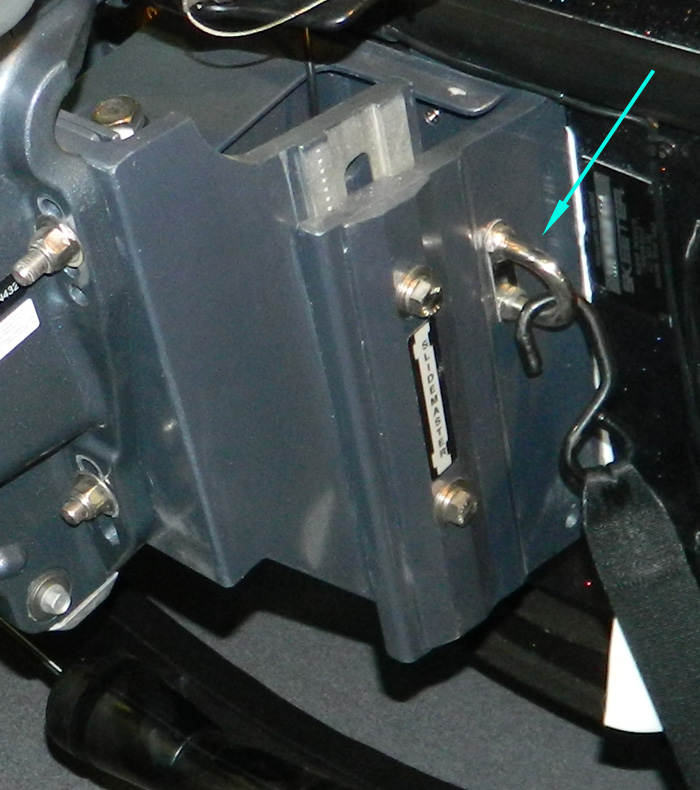 We immediately thought if those trailer tie downs were designed for loads necessary to stop an outboard from entering the boat, a cable covered by a hose could be attached to the sides of the jack plate and looped around the back of the drive. Enough slack could be left to allow the outboard to reach maximum tilt. Shazam!

The same methods might be used by a version of The Leash. This approach would only require one “rope” resulting in a cleaner, more economical, easier installation.

For those wishing more information on outboard motors breaking off and flipping into bass boats, follow the links below;

We note several of the bass boat accidents in which an outboard motor entered the boat happened during fishing tournaments or during pre-fishing a tournament. Plus several were the result of striking a dredge pipe.