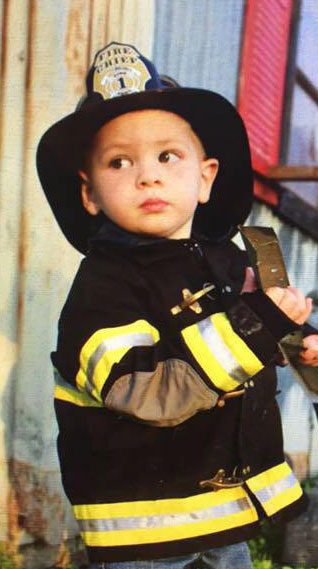 Aiden McKitrick, a three year old boy, was on a pontoon boat with his father, Austin McKitrick, Thurday evening May 5, 2016 on Lake Ray Hubbard, near Dallas Texas. About 8:30pm they were near the Rush Creek Yacht Club and Aiden was playing near the pontoon boat gate.

The young boy, Aiden McKitrick, fell overboard and was struck by the pontoon boat’s propeller. His father, a Lewisville Texas firefighter, pulled Aiden from the water, and he was taken to Children’s Medical Center in Dallas in critical condition. 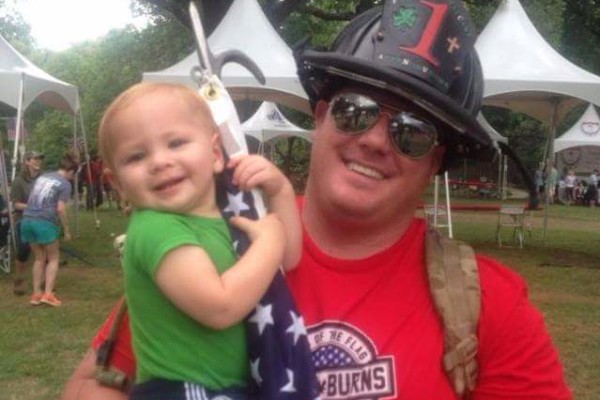 Aiden McKitrick and his father

7 May 2016 Dallas News quoted an assistant fire chief telling Fox4 “He’s got some injuries that will affect him the rest of his life …. He’s going to have therapies, surgeries and medical expenses.”

We found a note on Facebook that may have been posted earlier the day of the accident saying the boy’s father owned a 2010 Harris pontoon boat that had some underwater lighting installed on it.

We previously addressed the issue of children falling from pontoon boats and being struck by the pontoon boat propeller in:

We wish young Aiden McKitrick the best recovery possible, and hope his injuries will motivate the industry and others to take the steps necessary to prevent other young boys and girls from falling overboard and being struck by pontoon boat propellers.