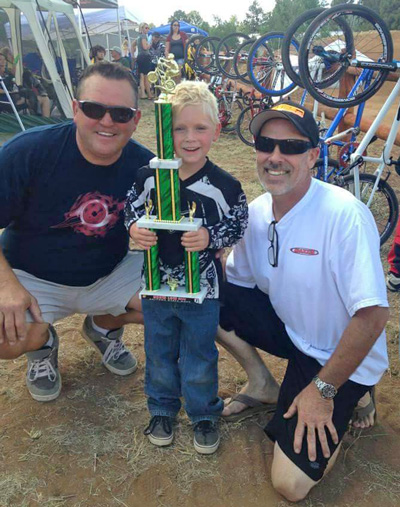 Dylan Darland
from a race-deZert image

Dylan Darland,7, was boating on Lake Powell Sunday 24 July 2016. He was with his father, Jeff Darland (an off road racer) and Dylan’s brother. Also along was Dylan’s father’s girlfriend, and her son.

Just out of Bullfrog Marina, their boat struck something (later thought to have been a sandbar). On impact, all three boys were ejected. The other two boys were okay, but Dylan Darland was critically injured by the propeller. He lost his lower right leg and has since lost his right hand.

The ever present Good Samaritan’s in these accidents rushed Dylan and his father to a local medical clinic. Dylan was life flighted from there to Phoenix Children’s Hospital.

Several off-road racers immediately helped various family members assemble in Phoenix and get back to town the next day. The story is best told by race-deZert (RDG). RDG is also the source of images of Dylan on this page.

The Darland’s extended off-road racing family has been a tremendous blessing to them since the accident. Beyond immediate help and prayers, racers have conducted various fundraisers and kept the cause in front of their group.

A GoFundMe account was created. As of 3 November 2016, the account balance was $34,903. That is the largest amount of funds raised solely in an online account for a propeller victim we are aware. More funds have been raised a few times for memorial causes related to deceased propeller victims (like building a park, buying rescue boats, or funding children activities), but not for the victim’s recovery.

An example of the off road desert racers rallying around this young boy can be seen in the title of a post on their forum, desert racing BROTHERS’ son needs our help/prayers/miracle…. and the comments there. We borrow the great photo below from that thread. 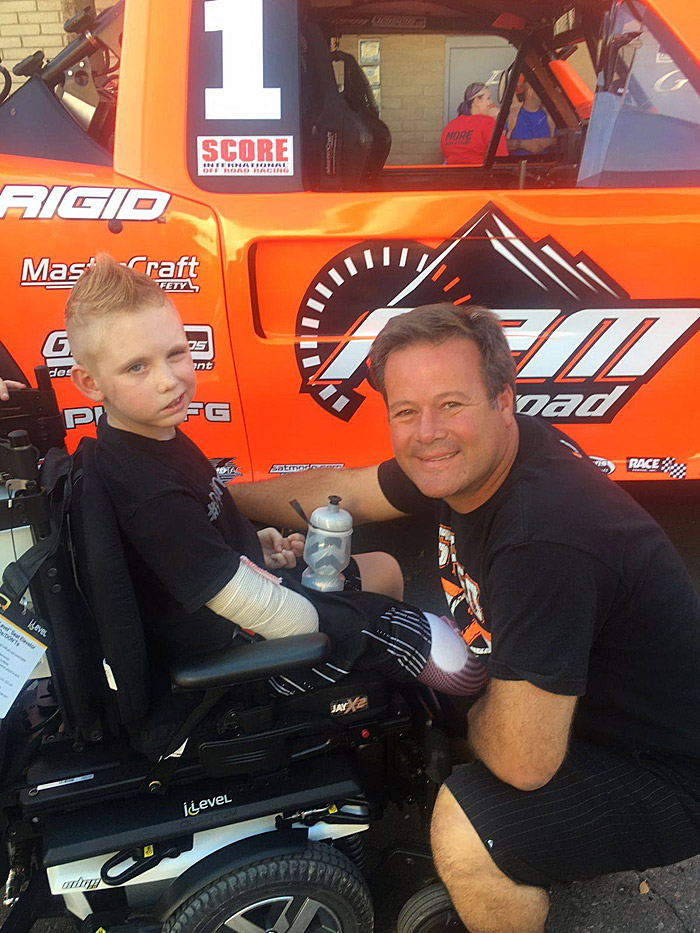 And its not over yet Dylan!

Sanderson Ford will be raffling a ROUSH Stage 3 Ford Mustang on November 14th, 2016 to aid in paying Dylan’s medical bills. Get your tickets by November 13th, 2016. See our coverage of the Mustang Fundraiser for Dylan.

A big thanks to everybody, and especially to the off-road racers, involved in helping Dylan and his family. We wish him the best and fullest recovery possible.

The press tends to revisit these stories a year later. We look forward to reading of Dylan accomplishing great things in 2017.

Yet one more great image of Dylan from race-deZert is below. 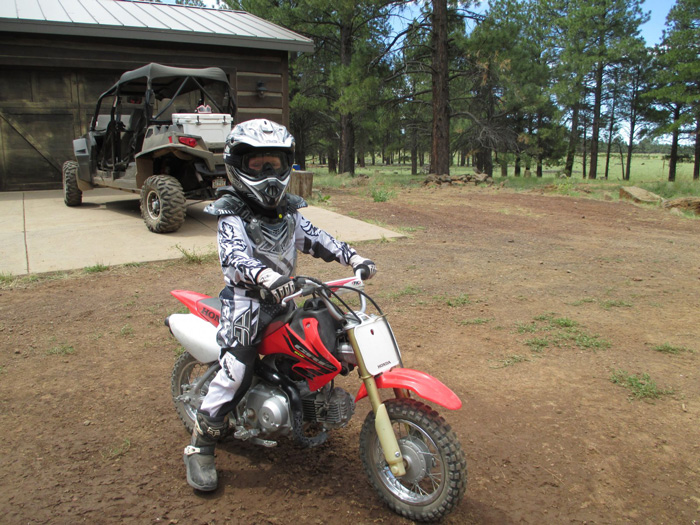