Kevin Rivera-Cornejo, 23 of San Jose California, was on the swim deck of a rental houseboat at Corey Cove on Shasta Lake in California about 4:30pm Friday 6 September 2019.

His father, Hector Rivera, was at the controls beaching / mooring the houseboat. Onboard were family and friends.

Kevin either jumped in or fell into the water when the houseboat was being reversed. 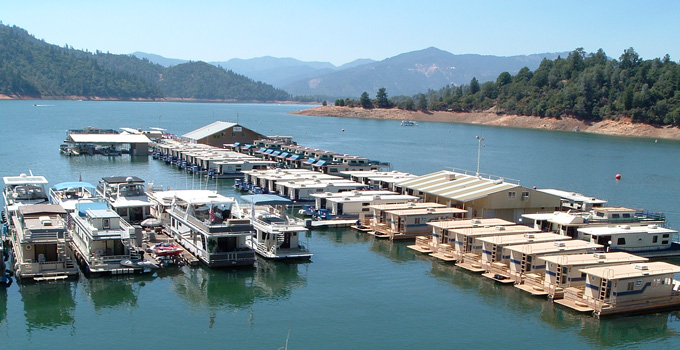 a houseboat marina on Shasta Lake back in 2006

911 was called and the family began CPR. Emergency crews put tourniquets on Kevin Rivera-Cornejo’s legs. Shasta County Sheriff’s Office Boating Safety Unit transported Kevin from the accident site to Silverthorn Resort where some of the responders were gathering.

He was pronounced dead at Silverthorn.

Per a Deputy at the scene, alcohol was not an issue in this accident.

Some Previous Houseboat Propeller Accidents on Shasta Lake include

Back in 2010 we published a lengthy study on the rejection of a U.S. Coast Guard proposed rule related to houseboats and propeller guards.

Our study was titled, Houseboat Propeller Injury Avoidance Measures Proposed and Withdrawn by the U.S. Coast Guard: An Analysis by the Propeller Guard Information Center.