Shane Dennehy was on a college spring break trip organized by StudentCity in the Dominican Republic on March 2019 at Punta Canna.

Shane and his parents have sued StudentCity for $25 million dollars following his 20 March 2019 propeller accident.

They allege the Escanaloso was not on the list of previously vetted and approved vessels and no StudentCity employees were onboard.

When the boat was close to shore Shane went down a slide from the second deck. He entered the water between the two engines. He grabbed the edge of one of the motors to steady himself moments before the captain started the engines.

He became entrapped on the propeller. They had to remove the boat propeller to free him. 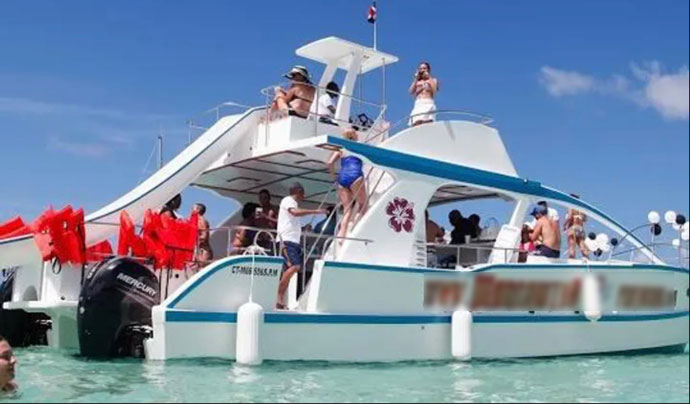 In the image above and in similar images of other Punta Canna party catamarans, the pile of red things at the back of the vessels is life jackets.

The lawsuit alleges students and bystanders tended to him and got him to shore on a private boat, then carried him to a taxi which took him to a hospital.

The suit alleges many shortcomings in the level of care provided by StudentCity including negligence in several acts.

We have seen this played out several times before in propeller accidents in third world water tourism areas.

We have no specific knowledge of this specific accident beyond what we read in the press. However, we have seen similar claims from many families in the past including several involving catamarans. Several sail cat accidents are listed in our post titled, Casey Schulman Was Not the First: Catamaran Dive, Snorkel, & Party Boat Propeller Accidents.

From some online searching we suspect the catamaran in this accident was a powerboat. Several powered catamarans with upper deck slides operate party boats / booze cruises in Punta Canna.

Many more are listed on our page titled, Tourists Being Struck and Killed by Boat Propellers in Diving / Snorkeling Areas.

Most of the coverage of the Dennehy accident in the post above was gleaned from a 4 November 2019 story by Salem News titled, Peabody travel firm hit with $25M suit over spring break injury. We thank Salem News for their coverage of this accident.

What a Difference a Year Makes

StudentCity’s website currently announces they will no longer be providing spring break tours for 2020. 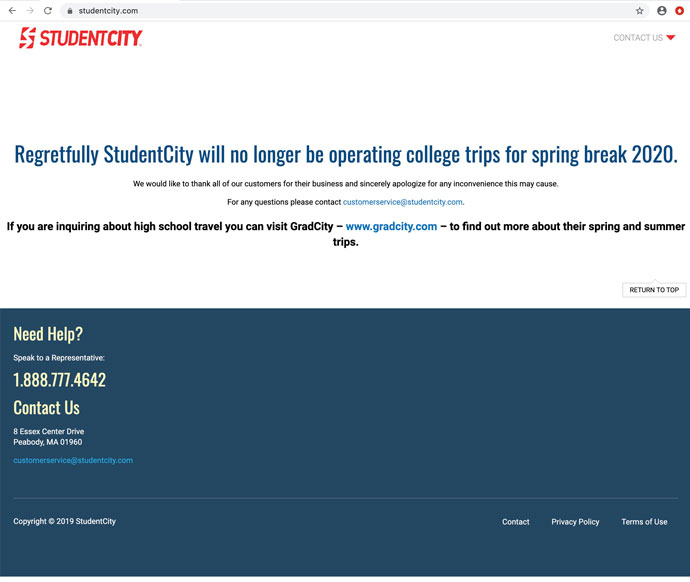 While back in 2018 things were much racier. We limited the post below to tamer portions of their home page. 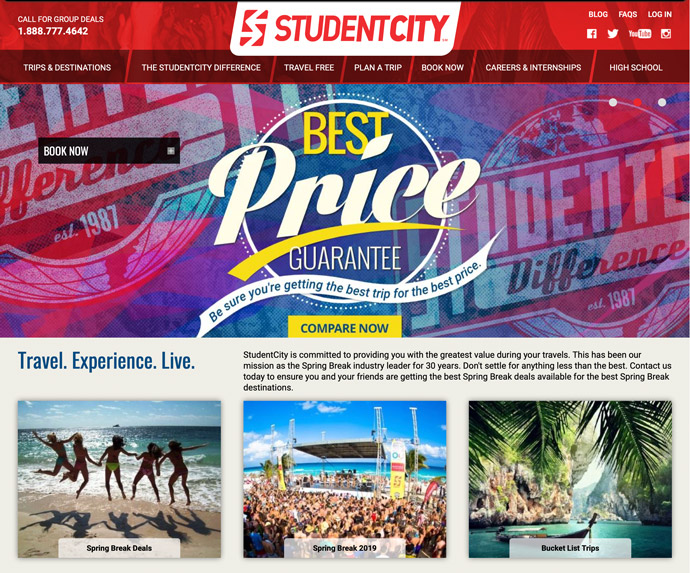