The origins of OSCAR, a collision avoidance system for boats from Austria, unfolded when Raphael Biancale, a European automotive engineer and founder of the BSB Group, was returning from a 6 month sailing trip in 2013. He searched for ways a sailor could safely navigate at night. His work on intelligent systems for automobiles led to OSCAR.

OSCAR stands for “Optical System for Cognition And Ranging”.

OSCAR is made in Austria by BSB Artificial Intelligence and its sister company BSB Marine.

His efforts were successful. In December 2020 OSCAR won runner up in the annual METS (METSTRADE) DAME R&D Excellence in Adversity Award. 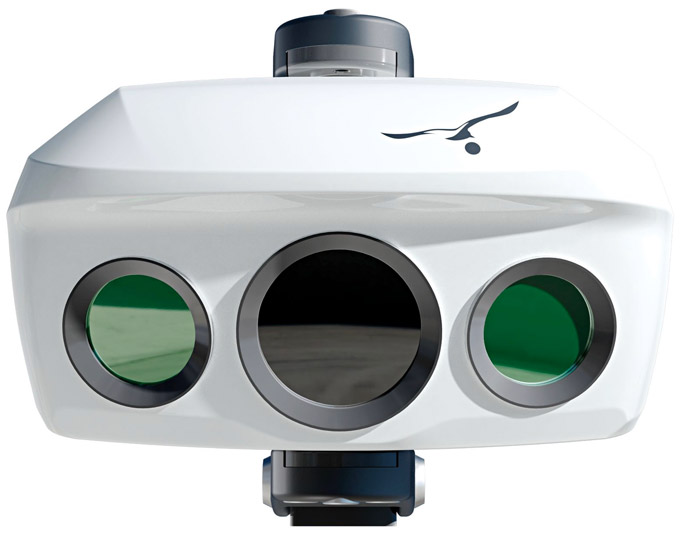 OSCAR’s purpose is defined as to as detect floating objects day and night to improve vigilance and provide increased safety to crew and boat.

For the first time, OSCAR’s eyes and brain have been combined in one single unit. This single unit constantly scans the surroundings ahead of the boat and provides real-time analysis of floating objects from thermal video flux. With its new design combining the vision unit and the processing unit, it was possible to reduce overall weight and energy consumption on the OSCAR One 320. This makes the system even more interesting for owners of boats and yachts – they navigate in safety, comfort and with peace of mind.

OSCAR can be integrated into multifunctional displays (MFD) without losing sight of your boat data. Your MFD will give you an acoustic and visual alert and you will have the same functionality as you do on the OSCAR APP, which can be easily installed on tablets or smartphones and even onboard computers.

How Does OSCAR Work?

OSCAR is composed of two thermal cameras, one color camera, and a processing unit. On sailboats, the camera unit is mounted on the mast to scan the area in front of the vessel. OSCAR’s manufacturers are looking forward to when they can connect OSCAR to autopilots on sailing yachts, and with the captain’s consent, they can automatically redirect the yacht to miss the obstruction.

OSCAR uses AI (Artificial Intelligence) in the form of neural networks to process and scan the images to recognize objects.

OSCARS AI system was trained by viewing millions of images from recordings of sailing racing teams as they increased the number of units running in the field. Now as OSCAR learns more objects and situations the information can be fed to OSCAR units via software.

The current model of OSCAR is called OSCAR ONE 320.

OSCAR is real product and is available off the shelf from many European locations.

Note the Malinzia skipper speaks of trying to avoid large logs and floating trees at about 30 seconds into the Skippers video.

In its current form, OSCAR targets large racing sailing vessels due to their special needs and to them being able to afford OSCAR. In December 2020, Yachting magazine reported OSCAR pricing starts at $15,000.

We have seen systems in the patent literature attempting to do OSCAR’s basic functions, but OSCAR is the first system we have seen to hit the market place beyond marine radar. We congratulate all those behind this device including the sailors testing it.

While OSCAR is currently a long ways from affordably identifying floating objects in front of bass boats, it is a major step in that direction. BSB Marine is already working on several custom applications. They and others working in this field should get a considerable boost from OSCAR being in the field daily.

We look forward to seeing similar technologies applied to detecting floating debris at or near the surface in bass boat applications to help prevent outboard motors from striking floating or submerged objects, breaking off, and flipping in the boat while their engine is still running.