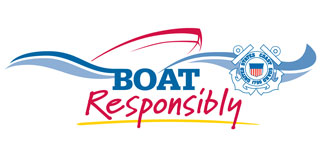 Please note USCG quickly responded to our request for assistance in better understanding why these Florida accidents were not listed in 2010 BARD. This particular accident (Faul pontoon boat accident) was not labeled as a propeller accident in BARD because Florida did not report it as a propeller accident. Back in late March 2011 USCG requested additional information from Florida on this accident due it looking like a possible propeller accident. USCG did not receive the information they requested. Before we leap on FWC for not responding, I am sure I have no concept how busy their office is in the Spring and Summer. Government budgetary issues and staffing may have played a part as well. We will continue to follow up on the collection of missing Florida propeller accidents in the future.

We came across the Faul accident in our recent analysis of several unreported 2010 Florida propeller accidents.

Initial news reports indicate a 25 year old female fell from bow of 20 foot Sweetwater pontoon boat making 5 to 10 mph on the Withalacoochee River. She was struck by the propeller, taken by airboat to Rutland Park Boat Ramp, and declared dead at the scene.

“A SINGLE VESSEL ACCIDENT OCCURED ON THE WITHLACOOCHEE RIVER APPROXIMATELY 4 MILES NORTH OF STATE ROAD 44 BRIDGE IN CITRUS COUNTY. V1 WAS TRAVELING SOUTH AT A SLOW SPEED WITH SEVEN PASSENGERS ABOARD. THE VICTIM WAS SEATED ON THE BOW INFORNT OF THE SEATING AREA. UPON THE VESSEL STOPPING THE VICTIM WENT INTO THE WATER.”

BARD records boating accidents as a series of events. This accident only has one recorded event: Event 1 – “Person Fell Overboard”, no other events are listed.

The Death Table in BARD records cause of death as “Trauma”

There is absolutely NO indication that this could be a propeller accident in BARD (beyond thinking about what happens when a person falls off the front of a pontoon boat).

PGIC comment – it is challenging to imagine someone falling over the bow of a pontoon boat underway forward in which the person was not stuck by the boat propeller or by the drive. People are funneled through between the pontoons and the propeller pulls them in. Our comment is backed up by countless news reports and BARD reports of pontoon boat propeller injuries involving a person falling off the bow.

Below we present images of three news reports covering this accident. Three independent media outlets quoted the official Florida Fish and Wildlife Conservation Commission (FWC) spokesperson as having said the woman was struck by the propeller. One even quoted her as having said “was hit by the propeller blades of the outboard motor”. 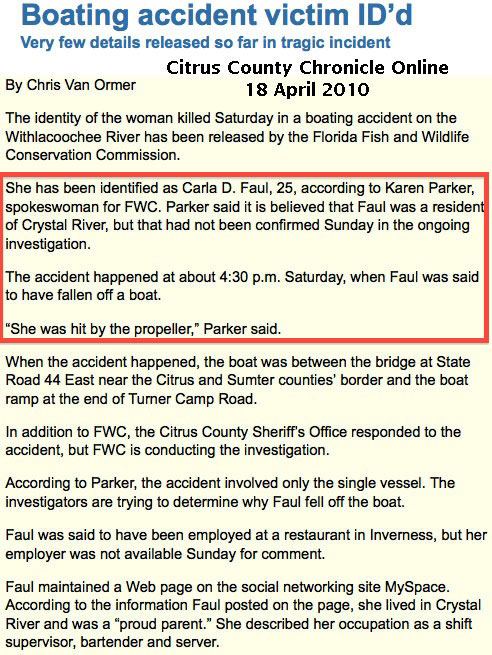 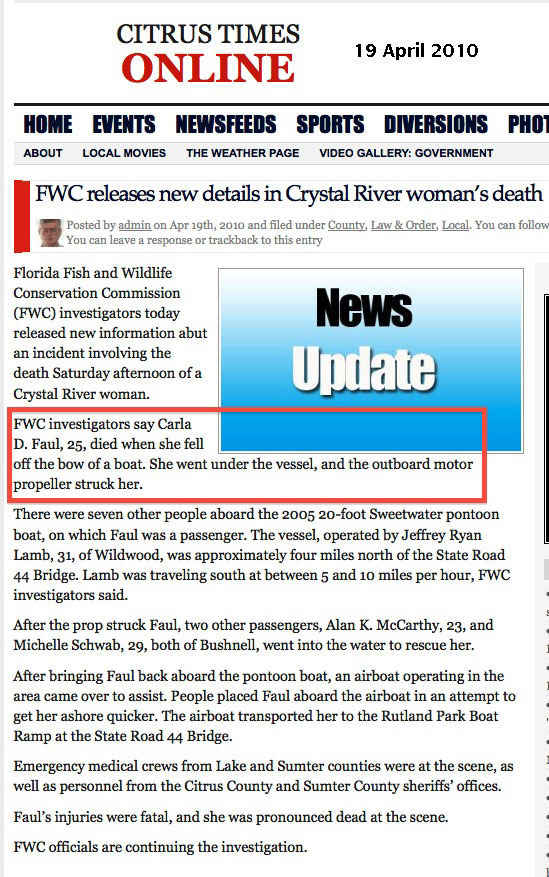 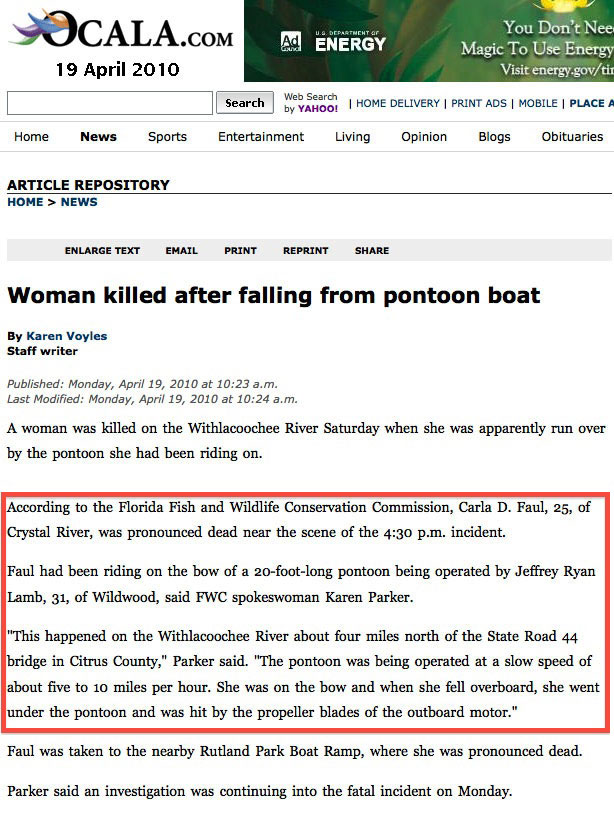 This pontoon boat propeller accident also resulted in a manslaughter charges being filed against the boat operator for boating under the influence.

It seems difficult to imagine disputing this is a propeller accident that is not recorded as such in BARD.

However the industry continues to issued comments either claiming they are all reported, or only recognizing a small percentage of those being reported as propeller accidents.

“The notion that there are significant injuries or even fatalities that go unreported to the Coast Guard is in my opinion an unvalidated supposition completely contradicted by experience.”

Back in 2006, Boat & Motor Dealer (an industry trade publication) was running a column by Ralph Lambrecht (long time technician and part time propeller injury expert witness for the defense) in which Mr. Lambrecht claimed there were only about 7 fatalities and 100 propeller injuries a year (incorrectly citing BARD Event 1 Data). We confronted him and eventually his publisher repeatedly with the truth to no avail.

We have hear similar comments from boating industry since, culminating in the recent statements made by Peter Chisholm (Product Safety Manager at Mercury Marine) and directly by Brunswick in Federal Court documents citing Peter Chisholm’s comments in which Mr. Chisholm denies there are more than 100 people injured by propellers per year (Note – USCG’s BARD has logged over 175 recreational boat propeller accidents per year in recent years). Below is the actual quote in Brunswick’s formal request for a rehearing of the Brochtrup propeller case appeal in front of the U.S. 5th Circuit Court of Appeals.

“Chisholm merely agreed that some unspecified number of people are injured by boat propellers each year, but he firmly denied this number was even as large as one hundred.”

We are constantly following up with news articles that print lowball prop strike statistics either from the industry or from misreading USCG’s statistical report the industry does not seem to want to fix (they keep misreading it too). In late June a 12 year old girl was struck in a high profile propeller accident at Virginia Beach. The Virginian-Pilot news paper started citing Event 1 only stats (claimed only 51 people struck by propellers a year according to USCG stats). We contacted them requesting a correction, they said they would run one, but we are still awaiting.