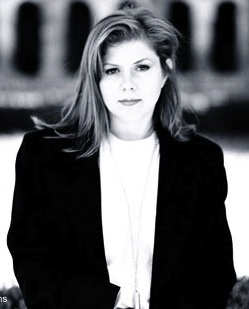 Kirsty MacColl, well known female British recording artist, was scuba diving in Mexico off Cozumel Island with a friend (James Knight) and a dive master (Ivan Diaz) on the afternoon of 18 December 2000. As they surfaced from a dive she saw a large powerboat was bearing down on her and her two sons (13 and 15 years of age). According to reports, she swam to one, moved him out of the way, then grabbed her other son to protect him. She was struck by the propeller, “killed instantly, her body nearly sliced in half by the propeller” according to a report published by her mother, Jean Newlove / Jean MacColl.

The son Kirsty first pushed out of the way was also struck, but not severely. The boat belonged to a wealthy, influential Mexican businessman. He claims the boat was operated by an employee, Jean MacColl suspects it was driven by the wealthy businessman. Kirsty MacColl’s mother and those who assisted her, were unable to penetrate the protection, challenges, and roadblocks surrounding the event to positively discern the truth. The investigation was officially dropped in December 2009.

Kirsty MacColl had been working 18 months straight and was looking forward to the trip. She planned to introduce her sons to scuba diving in the beautiful diving environment at Cozumel. Her mother dropped by the night before they left the U.K. for supper, and they made plans for Christmas. Kirsty was killed at age 41 in a boat propeller accident that made world headlines. Her funeral was held in Mortlake Crematorium in London.

Kirsty MacColl was beloved by many and still has a strong following.

A 31 foot boat, The Percalito, was owned by then 67 year old, Guillermo Gonzalex Novo, owner of a large Mexican supermarket chain and many other businesses. Mr.Nova was on the boat along with his family, a baby granddaughter, and a hired deck hand, Jose Cen Yam, age 26. Jose claimed to be driving the boat and only going about 1 knot per hour at the time of the accident. He did not possess a license to operate a craft this large. Jean MacColl, and many others, suspect Mr. Nova was actually at the helm. Many eye witnesses claim the boat was going much faster in the restricted zone.

A metal bar beneath the propeller was bent by some tubing from Kirsty’s diving equipment”and impeded the propeller’s action” causing the boat to stop.

The autopsy reports she was sliced open from the back of her neck to her waist, part of her chest and her left leg were almost severed, Dr. Richard Shepherd thought she might have had a mastectomy due to all the missing parts.

Guillermo Gonzalez Novo, owner of the boat, was a very successful businessman. Some reports called him a tycoon. Best known for his ties to Comercial Mexicana (known as La Comercial or La Corner) – a major Mexican hypermarket chain, likened to Wal-Mart in the U.S., he also owned many other businesses and restaurants.

Guillermo Gonzalez Novo was a co-founder of Comercial Mexicana, and Chairman of the Board of Directors until 1998. He then became Honorary Chairman until his 2009 death at age 92.

Who Was Driving the Boat?

Several eyewitnesses say the hired deck hand, Jose Cen Yam, was not at the controls.

Guillermo Gonzalez Novo was the only person on board with a license to operate the large boat.

Cen Yam was found guilty, sentenced two two years and ten months, but allowed to pay about $90 U.S. in lieu of his serving his sentence. He also paid about $2,150 U.S. to the MacColl family in restitution. Some reports claim he was paid to take the blame.

Kirsty MacColl’s mother, Jean MacColl, launched a Justice for Kirsty campaign, and was aided by many of Kirsty’s followers. They generally felt Mr. Novo was at the helm and should be called to justice for his actions.

They went about their efforts by raising funds and trying to get the Mexican government to reopen the case.

The group applied to the the Inter-American Commission on Human Rights. IN May 2006 a Mexican federal prosecutor was found liable for breach of authority in his handling of the Kirsty MacColl case.

In 2005, the BBC released a documentary, “Who Killed Kirsty MacColl”.

In February 2006 with some encouragement from a U2 band frontman, the Mexican government said they would take action.

December 2009, Justice for Kirsty disbanded saying “it was unlikely than any more could be achieved”. Their remaining funds were split between two charities.

The Life of Kirsty MacColl

Kirsty was born in south London at Croydon in 1959. Her father, Ewan MacColl was a folk singer in the 1950’s. Her mother, Jean Newlove, was a dancer. Although Kirsty MacColl is often remembered for her singing, she primarily considered herself to be a song writer. Among her best known songs are Soho Square, and Fairytale of New York.

Kirsty married a music producer, Steve Lillywhite, in 1985 and focused on raising their two sons. Divorced in 1995, she later fell in love with musician James Knight.

Her whole life was spent in the entertainment world, her father a folk singer, her mother a dancer, her ex-husband a producer, herself a singer and song writer, her current boyfriend a musician. Her friends were entertainers. She probably had an interesting perspective on the life of an entertainer.

In response to one of her better known songs, Soho Square, a bench has been placed in London’s Soho Square Park in her honor. Every year on the Sunday nearest her October 10 birthday, fans gather at the bench to pay tribute and sing her songs.

She has a beautiful voice. I have certainly not listened to all her recordings, but personally, I like “Days”. It demonstrates her lovely voice. Her recognition of the importance of days is nice to know with her passing at an early age.

Kirsty MacColl Death is often used to search for this entry.

Leave a Reply to Carol