A paper by Thiago Teixeira and Andreas Savvides from Yale and Gershon Dublon of the Massachusetts Institute of Technology surveys methods used to detect the presence of humans. This work could be very useful for those designing virtual propeller guards (propeller guarding technologies based on sensors).

The paper, A Survey of Human-Sensing: Methods for Detecting Presence, Count, Location, Track, and Identity, creates a taxonomy of observable human properties and physical traits (what can be sensed to detect human presence) along with the methods that can be used to detect them. The paper is available online sometimes.

Their work is a considerable enlargement of the work done by a European college student we helped back in 2005, Human Body Detection Methods: A Literature Review.

The current researchers also discuss the use of sensor fusion (the use of multiple types of sensors in the same system) to reduce false positives and improve overall accuracy. We first encouraged the use of sensor fusion in virtual propeller guards in response to an April 2002 NASA article discussed on our Technologies <2011 page. Brunswick later followed by suggesting the use of multiple sensor types in their infrared virtual propeller guard patents by Staerzl (U.S. Patent 7,476,862 and U.S. Patent 7,511,276).

The Yale/MIT project does not specially address detecting humans / people / swimmers in water but they have assembled a great work that should be very helpful to virtual propeller guard designers. They point to camera images as holding the greatest promise in many applications.

The 2010 paper appears to be available online while it awaits possible publication. 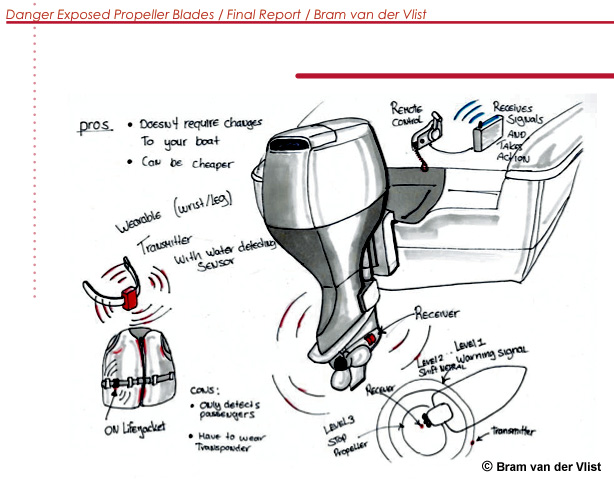