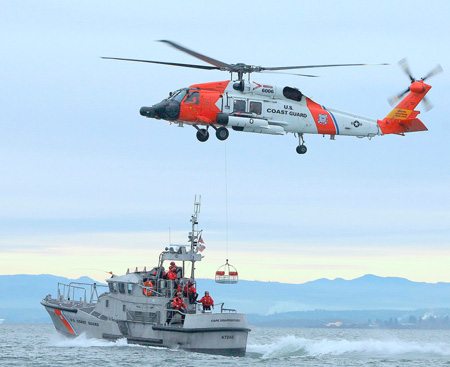 The U.S. Coast Guard has long touted the downward slope in annual BARD (USCG’s Boating Accident Report Database) fatalities as a measure of improvements brought about by:

USCG reported 1,754 recreational boating fatalities in 1973 (the highest number of fatalities since 1970). Annual fatalities gradually dropped to 821 in 1997. Annual reported fatalities have bounced around a little since 1997, but continued their gradual decline to 672 in 2010.

The Coast Guard and other boating safety organizations were hoping for a continued decline in 2011. They anticipated the safety programs in place, plus the poor economy (fewer people boating) and high price of gas (boating fewer times for shorter durations) would result in a landmark low number. However, 2011 came in at 758 deaths, a total unequaled since 1998.

There are several possible reasons behind the higher death count.

USCG claims almost all the fatalities are reported so small changes in under reporting should not have an impact on fatalities. We may not agree with that assessment, but that is another story.

Some of the variation in annual boating fatalities is random, some reflects the weather (boating season), economy, price of fuel and other variables. Some reflects the success of boating safety educational programs, better equipment, life jacket wear rates, and still more variables.

Others suggest the recent spike in fatalities may be due to canoe and kayak accidents being reported to BARD that would not previously have been captured. Some suggest annual variations in death counts may be due to small changes in reporting percentages. However, USCG says almost all fatal accidents are reported, and small changes in reporting percentages would not influence fatality counts.

notes far few people are dying from gunshot wounds, even though many more are being shot today. More people are surviving gun shot wounds because:

We suggest, these same reasons are improving the survivability of many types of boating accidents, including boat propeller accidents.

Plus we would add improvements in communication and wider availability of GPS devices which help the medical response by enabling:

Therefore, one would expect boating fatalities to gradually decline over the past 15 years if all other variables remained constant.

While we are all for boating safety programs and educational efforts, we encourage USCG to recognize the impact medical care has had on the survivability of boating accidents when comparing annual boating fatality statistics over long periods of time.

Part of the underlying message of this post, is the recent spike to 758 fatalities in 2011 might be more fairly compared to 950 fatalities 15 years ago due the improvements in medical care. We make no claims as to how the fatality data should historically adjusted for medical care (sort of like the time value of money in Engineering Economics) only that the impact of advances in medical care and associated advances in communication should be recognized.

We encourage researchers to investigate historical trends in survivability of critically injured boat accident patients. We anticipate similar studies may have been undertaken for automobile accidents. They, the automobile studies, plus several studies cited in the Wall Street Journal homicide article could provide some guidance for a historical study of the survivability of those critically injured in boating accidents.