The April 2013 Sarah Roderick pontoon boat propeller fatality on Lake Havasu once again turned our focus to all the people going over the front / bows of pontoon boats and being struck by the propeller. Many victims were bowriding. They sit on the front deck and dangle their feet and legs in the water when the boat is underway. We tried to identify several over the bow pontoon boat propeller accidents to encourage the industry to address this longstanding problem and for use as a collection of accidents (tests) to run current and proposed solutions against.

As we put the list together we began to notice several other paths over the front bow than the traditional bow riding scenario. Alternative accident modes were standing on the deck and loosing their balance as the pontoon boat hit a wave or abruptly slowed. Being inside rails or gate and falling overboard, pontoon boat gate failures, kids behind the fence with their feet reaching forward under it, adults reaching down for many different purposes then losing their balance, etc.

UPDATE – we published a major update to the list on 23 October 2013. It includes about 45 more accidents and is in better chronological order. It is available below.

NOTE- Click on the image below to view the accident list as a pdf. It is best viewed on a very large monitor. 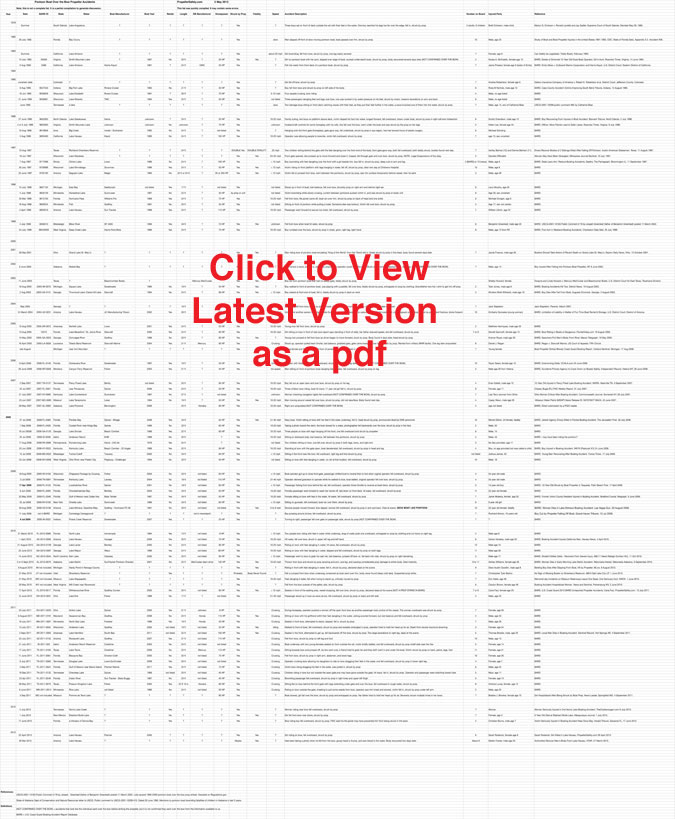 Pontoon Over the Bow Accidents Not Yet Posted

We will store a few accidents here til we get them listed on the big chart.

If you are aware of other over the bow pontoon boat propeller accidents or have any corrections to our list, please send them to us via the “Contact Us” tab in the top menu.

We assembled this list pretty quickly and it may include some errors.

While this list of pontoon boat over the bow propeller accidents may have some problems, it is by far the most thorough list of these accidents we have ever seen. 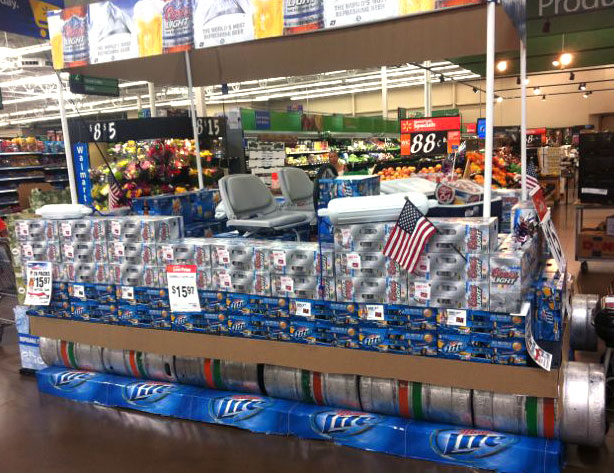 A Brief History of Pontoon Boats

Ambrose Weeres of Minnesota is credited with inventing the pontoon boat in 1952. He welded two strings of barrels together end to end and put a deck across them. He started selling them, then launched Weeres Industries (brand still in existence, now owned by Premier Marine) to meet the growing demands. Mr Weeres was later known as “Mr. Pontoon”.

Early pontoon boats were often called Patio Boats because they looked like a patio on a boat.

Pontoon boats are much cheaper to build than similar length boats, and have much more useable area. As a result, they have become very popular. Power levels have also picked up in recent years with many pontoons used to pull skiers, and several boats having three pontoons.

While this post identifies many over the bow pontoon boat propeller accidents, any discussion of trends in the frequency of those accidents must take into account the manner in which these accidents were identified. Since those methods vary considerably by year, it is difficult to compare the total number of accidents from year to year except in spans in which the same methods were used.

Our approach in identifying these accidents is roughly described below:

The varying approaches AND about half the states no longer reporting their boat accidents in public BARD beginning in 2010, and BARD data not yet being available for 2012 and 2013 makes year by year comparisons difficult.

The one trend that did draw our attention is the number of pontoon boat over the bow prop accidents in 2010 and in 2011 each exceed the number reported in 2009 (the last year that most of the states reported their data to public BARD). That single observation is quite alarming. We used similar techniques to identify accidents from 2008 thru 2011, but half the states quit reporting data in 2010 and there were still more accidents reported than there were in 2009 AND the same holds true for 2011 BARD data (more over the bow accidents than in 2009).

Another observation was that many pontoon boat bow riding or over the bow propeller accidents occur at slow speeds. Many of the accidents in which speed data is provided were going less than 10 mph or from 10 to 20 mph. Depending on which camp you are in (guards are great or guards don’t work), these slow speeds may reduce some of the opposition to propeller guards based on blunt trauma issues.

Our last observation pertains to deck boats. In recent decades, deck boats have come on the scene. Some versions of deck boats are essentially pontoon boats above the water line (See some of the Godfrey Hurricane Fun Deck boats). We listed accidents involving a few deck boat accidents we could confirm as being pontoon versions, but are sure we missed many others.

Potential Solutions to Over the Bow Pontoon Boat Propeller Accidents

We hope to post an article soon detailing some of the techniques, hardware, and methods currently available, as well as some future possibilities to mitigate over the bow pontoon boat / patio boat propeller accidents.

As always, we welcome your comments.