Meyer v. Carnival: Is Carnival in or out?

This post is part of our much larger coverage of the Michael Meyer v. Carnival Cruise Lines et al. case resulting from a catamaran propeller accident on a cruise ship shore excursion.

Our discussion of Carnival being in or out of this legal case is based on legal documents in PACER (Public Access to Court Electronic Records). We encourage those who wish to study the case more in depth to establish a PACER account and view the original records. Fees are typically about a dime a page.

Carnival Cruise lines is obviously the deep pockets in this lawsuit. 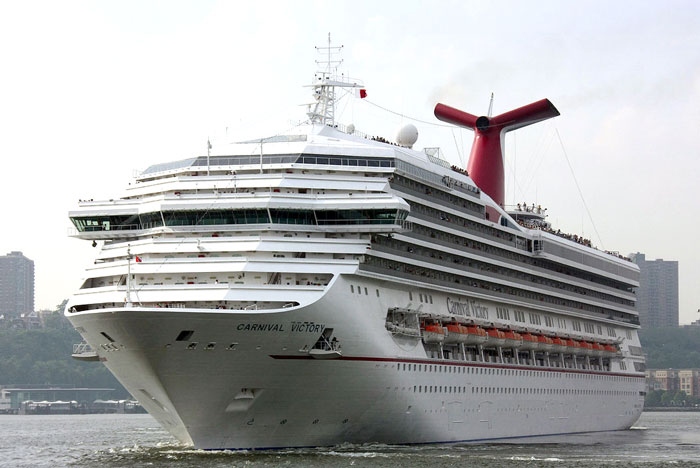 Carnival claims they should not be included in the case because the accident happened on a shore excursion ran by independent contractors.

The incident resulting in Michael Meyer’s injuries was on March 10, 2011.

A the case went on, Plaintiff added more legal theories as to why Carnival owed Meyer a duty and Carnival continued to refute them.

The judge issued a ruling on Plaintiff’s motion for partial summary judgement on 29 July 2013. That ruling said Carnival would be included in the case.

We will describe the Plaintiff’s theories as to why Carnival should have been included, and the judges ruling on those various theories below.

In Plaintiffs original Motion (DE 169) they claimed Carnival owed basic, non-delegatable maritime obligations of care to Mr. Meyer arising from its contract with him. These claims were seen as three arguments by the court:

The court went on to examine each of the three arguments above.

As to owing Plaintiff nondelegable maritime obligations, the court found a shipowner is not the insurer of the safety of their passengers when those passengers undertake shore excursions operated by independent third parties.

As to Carnival not being able to delegate the responsibility for dangerous activities, the activity of swimming around a catamaran is not inherently dangerous and Carnival had no ownership of that catamaran.

As to Carnival violating nondelegable fiduciary obligations, Plaintiff argued that Carnival acted as Plaintiffs agent (booked the Cruise and the shore excursion) then acted against Plaintiff by delegating away any duties owed to him. The court says Carnival could not disclaim liability for its own direct negligence, but that is not what is being sought in this instance. Carnival is able to disclaim the liability of third parties.

So the court struck down all three legal arguments that were advanced by Plaintiff.

Next, Carnival filed for summary judgement requesting to be released from the case (DE 196) listing several legal arguments as to why they should be released.

Carnival says it should now be released because Plaintiff has not been able to prove a Joint Venture existed between Carnival and Cox (Carnival advertises and sells the tickets, Cox provides the tours as an independent contractor, not as a joint venture partner). The court agreed.

Carnival argued it cannot be held liable for the actions of Cox. The court agreed based on their ruling on DE 169.

The court ruled that Carnival could still be held liable for claims of direct negligence by Carnival such as claims of negligent training, overbooking, enforcing the number of tour guides, failure to follow up, negligent selection of tour operators, and negligent retention of unsafe tour operators.

Carnival argued it had no duty to warn Plaintiff of the hazards of swimming near a catamaran. The court agreed that Carnival had no such duty, but noted that Cox might be found to have such a duty.

Carnival said a fraudulent misrepresentation of statements entitled them to being released from the case. Those claims basically imminate from Mr. Meyer claiming the Carnival telephone booking lady acted as his agent and her input helped him make decisions about going on the cruise and being on this specific excursion, when in fact, Mr. Meyer was merely booking the trip to go on the same cruise and excursions as a couple they were friends with. The court found disputed facts between both sides on this issue and did not rule in Carnival’s behalf.

At this stage, Carnival is still in the case for any claims of direct negligence by them.

Next, Cox & Company moved for Summary Judgement on the negligence/recklessness claim. Cox says they had no duty to warn Plaintiff of open and obvious conditions. (PGIC comment – the classic open and obvious propeller case defense). The court found both sides disagreeing about the circumstances making it not appropriate to issue a summary judgement.

The court found a dispute as to whether Carnival or Cox should have told Plaintiff the tour was subcontracted to an allegedly uninsured third party which prevented a summary judgement ruling on this point.

The court agreed to dismiss the joint venture claim against Cox per the court’s previous Joint Venture ruling.

Cox said they should be released from Plaintiff’s imdemnitor liability claim. Cox says an injured party should first obtain a settlement or verdict against a person who is insured for a cause of action that is covered by the policy. The court found the statute cited by Cox does not apply to Carnival or Cox. (Cox is trying to keep the insurance company out of the lawsuit).

Cox then argues the Plaintiff was not an intended beneficiary under the agreement between Cox and Carnival. Cox says the agreement was onlhy intended to benefit Carnival and Cox. The court found a jury could reasonably imagine a situation in which a person was injured, would bring suit against Carnival, and Cox would indemnify Carnival for Cox’s own actions. Thus the agreement could benefit a third party (such as the injured Plaintiff). Thus the court denied this motion by Cox.

When it was all over, Carnival is still in the case, potentially liable for any direct negligence on its part.