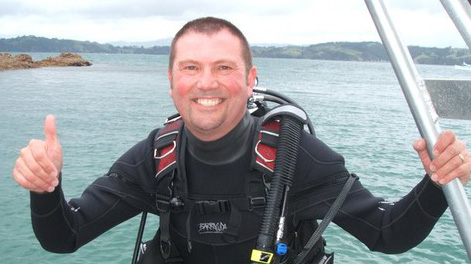 Bruce Porter was diving with a group of friends at Tutukaka, New Zealand, about 30 kilometers east of Whangarei, at the entrance to Poor Knights Islands on Friday 7 February 2014. Mr. Porter was an experienced 56 year old diver from Auckland New Zealand. Details are sketchy, but reports indicate he had surfaced from a dive about 7pm, and was preparing to reboard the 53 foot diving catamaran, Pacific Hideaway, when he was struck by the vessel’s propeller in the face.

Bruce Porter was on the surface near Landing Bay Pinnacle (a five meter tall pinnacle) off the Poor Knights Islands when he was stuck. The area is a popular site for divers. The area is off the north east coast of New Zealand.

Those on board managed to get Mr. Porter back on board, he was still conscious, but he died shortly after the volunteer coastguard from Tutaka arrived and tried to resuscitate him. Northland rescue helicopter responded, but he died before they arrived at the scene. Police and Maritime New Zealand will investigate the accident. Note – some reports say he was dead by the time emergency crews arrived, some say he was still alive.

UK press also covered the accident because Bruce Porter, a former civil engineer, and his wife were from Nottingham, England before they settled in Greenhithe on Auckland’s North Shore. Bruce still had some children in the UK. He attended Bilborough College and Nottingham Trent University in the UK.

About five years ago, Bruce Porter joined Western Underwater Dive Club. 12 friends from the club, on a scheduled club dive, chartered the Pacific Hideaway catamaran for three days of diving. Pacific Hideaway was captained by its owner, Mark Barnes. 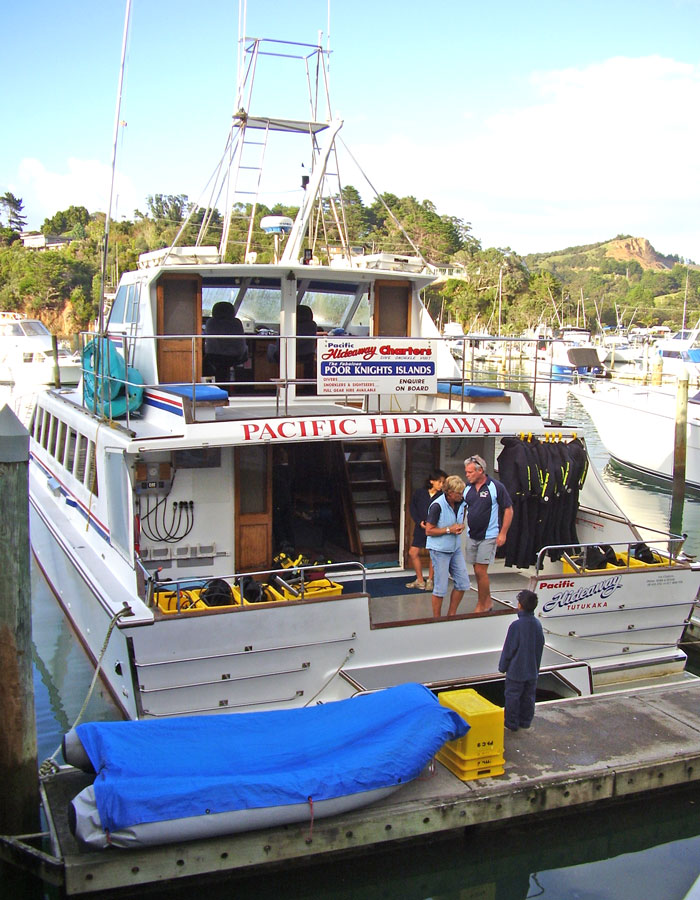 After the accident, Pacific Hideaway was blessed by the local kaumatua (Maori tribal elders). Another local dive company placed a three day restriction (called a rahul) on diving in the area.

An informal service took place in Kingswood Methodist Church in Wollaton (UK) at 8:45 pm February 10th, the same time the funeral would be held in Auckland.

Some news reports mention a diver being ran over at Kawau Island in 2004 under similar circumstances.

We previously created extensive lists of:

and will be adding this accident to those lists.