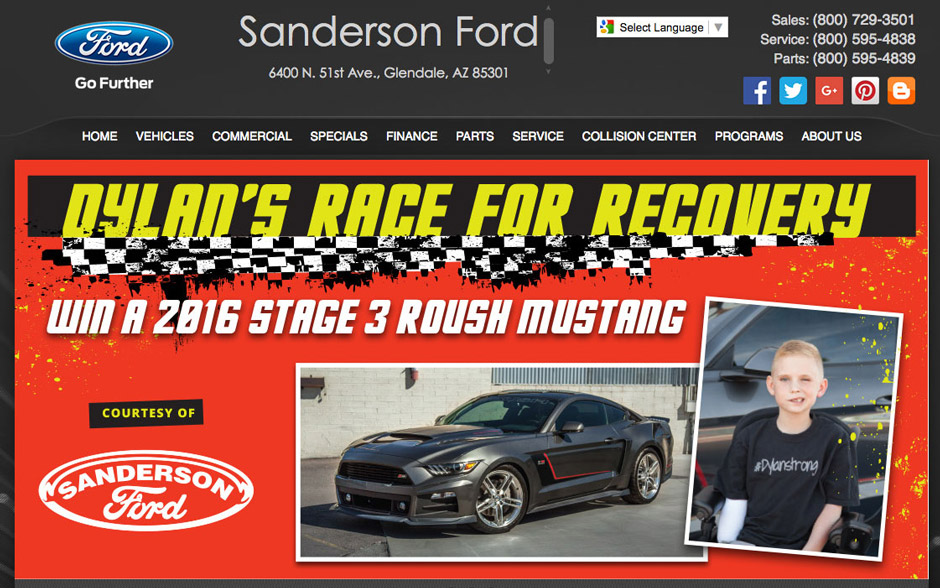 Now, Sanderson Ford, of Glendale, Arizona has ponied up a 2016 Mustang. It’s not just any Mustang, it’s a 2016 ROUSH Stage 3 Ford Mustang. Did I mention it has 670 horsepower!

Get your tickets online at
DylansRecovery.com
through 13 November 2016 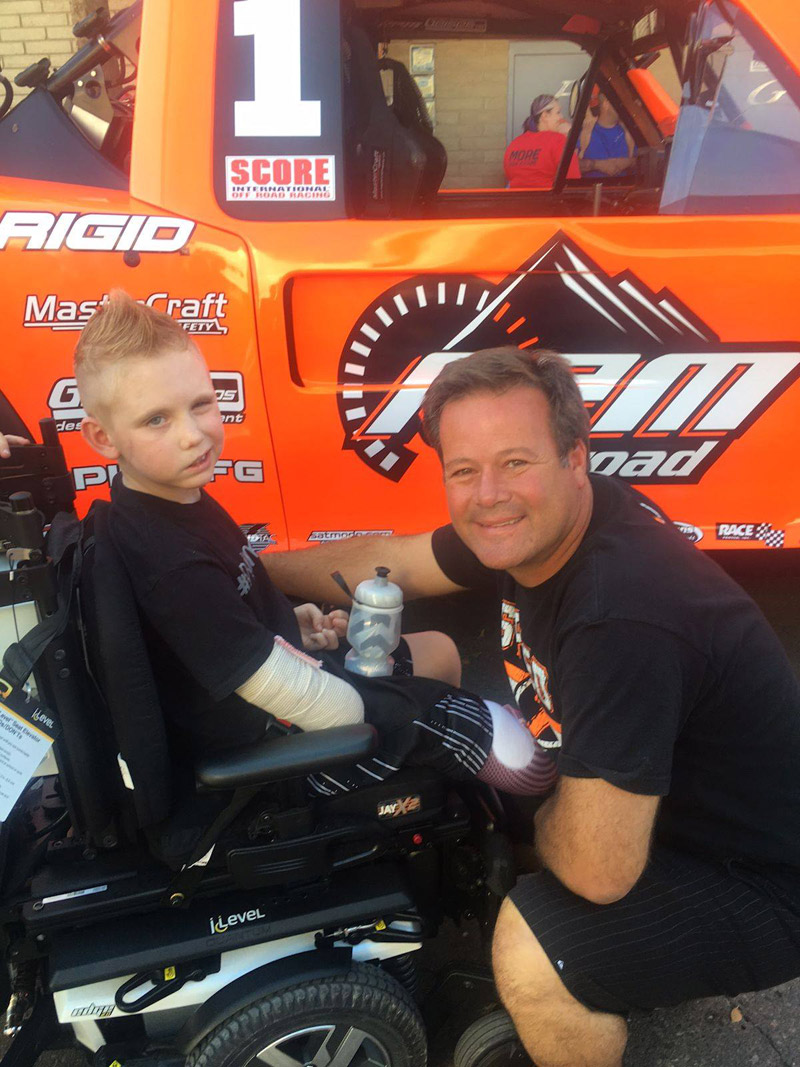 Get your tickets online at
DylansRecovery.com
through 13 November 2016

Tickets are on sale at Dylan’s Race for Recovery events and online at DylansRecovery.com through 13 November 2016.

The winning ticket will be drawn Monday November 14, 2016.

Thanks to Sanderson Ford and their owner, David Kimmerie, for donating the vehicle, retail value $69,215, to the cause.

Tickets are $10 each with volume discounts available.

The raffle was announced in The Arizona Republic, the major newspaper for the region which will hopefully generate many ticket sales.

One last big thanks to Sanderson Ford for making this possible. If you are in the west and in need of a new or used car, please consider calling or stopping by Sanderson Ford in Glendale, Arizona (or just buy a bunch of raffle tickets and hope you win this one).