Get Connected NSBC kill switch campaign image of a hand

The purpose of connecting the kill switch lanyard / engine stop switch or using a virtual lanyard is to cause the boat to stop if the operator is ejected. Unmanned outboard motor boats underway tend to circle in the Circle of Death, repeatedly striking striking those in the water with the propeller.

In some instances stern drive or outboard powered boats can just run on down the lake leaving those in the water with no chance of reboarding and no visual indicator to others of their presence in the water. They may drown or be run over by other vessels.

We found one of NSBC images particularly striking and will comment on it below. 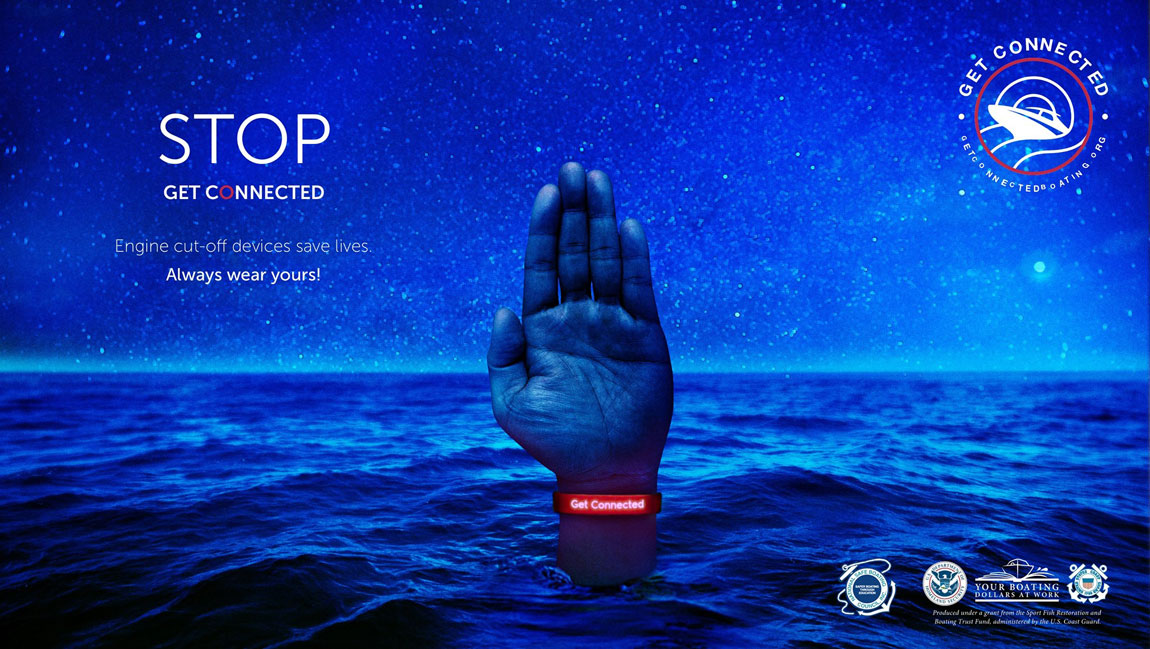 We are fond of very large images. The image above can be viewed on NSBC’s Facebook page at about four times the size of the image above. Ours is 1150 pixels wide, theirs is 2048 pixels wide.

A hand rising from water at night is a very striking focal point of the image. The red “Get Connected” does a great job of delivering the message.

Some of the text is a little hard to read due to size and lack of contrast with its background, even on their larger image, however, if the text was larger or brighter it would detract from the focal point of the image, the hand.

We wondered what it would look like if an unmanned boat was bearing down on the hand, but suspect that too would detract from the hand being the focal point.

Then we thought about blood in the water around the hand but suspect the Coast Guard would not approve that due to boating industry opposition to Public Service Announcements (PSAs) that put fear in boaters, make boating look dangerous, or might impact boat sales.

Lastly, we thought about a similar hand image, except the hand was floating horizontally just below the surface after being amputated by a boat propeller with some blood in the water. The “Get Connected” phrase on the wristband would have a double meaning (connect your kill switch AND the guy who did not connect his lanyard needs his hand connected as a consequence of his decision).

The industry has long cited the 1989 National Boating Safety Advisory Council Subcommittee on Propeller Guards report in which one of the six recommendations was, “The U.S. Coast Guard should take no regulatory action to require propeller guards.

Another one of those six recommendations made in 1989 is never mentioned by the industry, “The U.S. Coast Guard should implement necessary steps to have included in national and state level educational and awareness campaigns the information regarding potential hazards associated with careless or negligent boat operation. Such programs should be on a continuing basis and be as vivid as possible in depicting underwater impact accident scenarios. These programs should state in a positive manner how such accidents can be prevented by diligent, informed boat operators.”

At any rate we commend those who designed the National Safe Boating Council graphic featuring the hand. We find it particularly striking and hope it encourages more people to “Get Connected”. 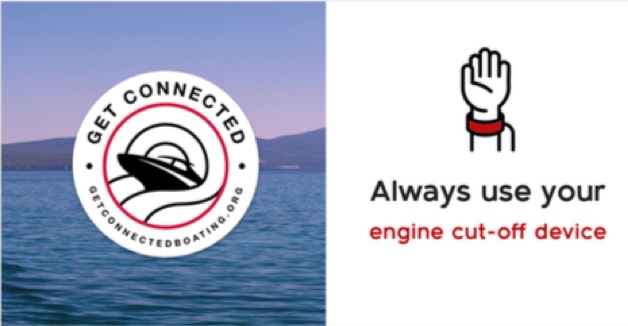