This session focused on testing of the proposed / exemplar guard.

Jay O’Sullivan for OMC began by continuing the questioning of Kennett he began yesterday November 15.

Kelly Kennett worked on some of the same testing as Robert Taylor, a defense expert witness with Design Research Engineering, a Michigan firm providing engineering support to legal cases.

Kennett talked about how a propeller going in reverse will try to rotate what it strikes. They showed some test videos of “sawbones” limbs being struck underwater. Sawbones limbs are surrogates for real human limbs. They tried to show how unguarded propellers could radially eject the limb. The videos were pretty hard to make out. He explained that when legs were struck multiple times, the bones were cut multiple times and the leg becomes flaccid or limp.

They began to have some problems with their exhibit numbers (this image is number something) and that continued many times this morning.

When struck by a driven propeller, the prop has plenty of energy to cut the bones. The speed of the prop just sets show close the strikes are. 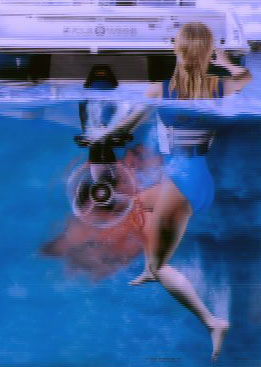 Kennett thinks a previous expert, (Dr. Elstron?) made a mistake when they drew the artistic rendition of how Robin Listman could have been drawn into the propeller. By Elstron’s? approach, she would have had to righted herself in the water and turn clockwise. Robin said she was injured immediately, it just does not add up.

Kennett says the timing in the water, some spared flesh by her knee, no way to create the injuries by her ankle, and how she avoided injuring her other leg do not agree with Dr. Elstron’s? sketch.

They began to discuss the Paulo Device (exemplar guard) in Prototype 1, Prototype 2, and Prototype 3 versions.

The notable difference between 1 and 2 was the vanes and other parts had rounded edges in 2. They have not seen version 3 yet. 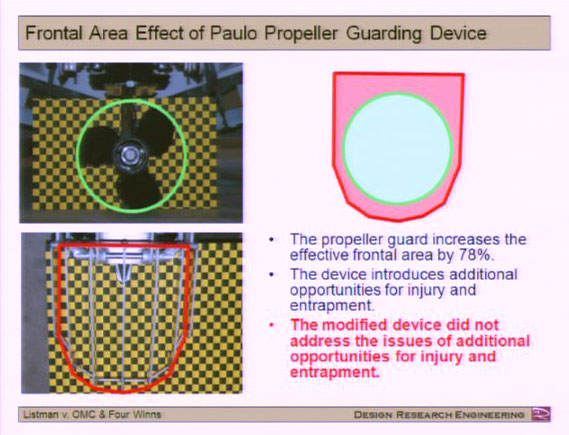 Kennett said it presented greater exposure to being struck than a propeller. When down it encloses some areas of the propeller. It increases the area 74 to 78 percent.

A juror asked a question, Can we please see the actual propeller place within the prototype 2 guard?

O’Sullivan was bad mouthing the guard for its size and weight while starting to stand it up for Kennett to hold the propeller in place. The judge told them not to be testifying.

They discussed the recess in the boat from the rear, the area the drive extends from. 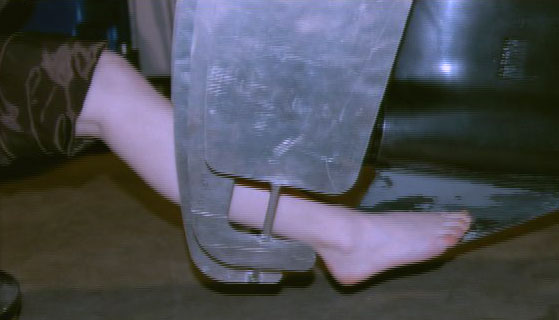 They found a woman about the size and weight of Robin Listman at the time of the accident to use as a surrogate with the propeller guard. They had her stick some of her limbs into the guard.

They went on to show several adults and lots of children sticking their limbs into the propeller guard. 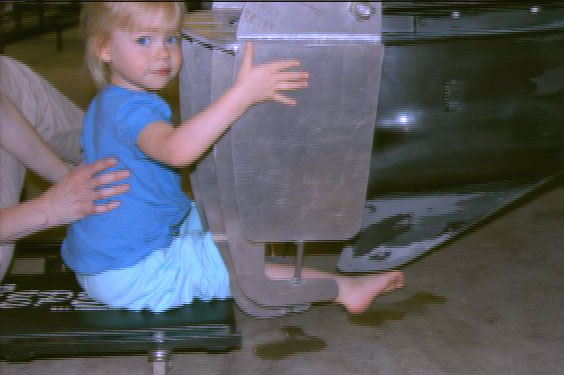 This was my favorite child surrogate photo. Not like they were trying to play the emotion card or anything. Earlier they even talked about this little girl always hanging onto her teddy bear. They even said she had it in her left hand in this photo.
I wonder where the comparison photos of kids sticking their arms through open propellers are?

Kennett said that if a person was entrapped in the guard:

Options to those on the boat are:

We are constantly reading of people entrapped in open propellers. We even have a page covering being Entrapped by a Propeller. His options have not been used in any of those examples, but most of those people still survived.

Kennett talked about how suction forces could pull children into the guard when the boat is first shifted into reverse.

Sawbones limbs are surrogates for human limbs. They indicate prop strikes and positions.

They showed a backover sawbones arm test in the open water in a lake. They left the sound of the video on so you could hear the arm being munched. 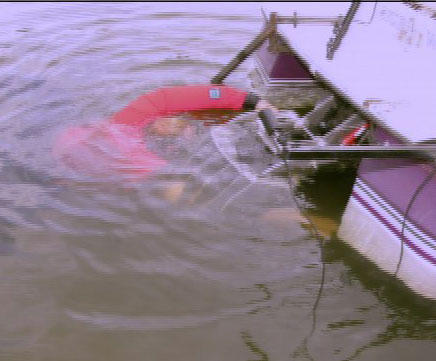 They showed real person with his arm in the guard as if it were entrapped with the boat in a lake.

They showed a sawbones leg going into a propeller in the water. The lake had some weeds in it, and it was hard to see. The propeller did not hit the foot, but the leg was struck.

They said Robin’s leg could have been ingested through the vanes in the prototype propeller guard and completely destroyed.

All their testing is feeding limbs longitudinally directly in line with the gap in the vanes. They hold the limb in place with fishing line and back over them.

When asked why he did not try putting the limbs through the side of the guard, Kennett said the guard will prevent entry from the side.

They discussed the difference between being hit by an open propeller and ejected vs. being entrapped by a guard. The guard will prevent some lateral strikes but if get in the guard from the front or rear can be entrapped.

Listman did lose a limb, but she is still alive.

The more protection a guard offers, the more penalty (boat penalties like performance and handling) it pays.

The likelihood of getting into a vane guard depends on the number of vanes. More vanes equal more cost.

Cage guards have not been significantly proposed for high speed boats for some time, plus they have weed problems.

The plaintiff said that if hit by a guard at 10 miles per hour it would not be a problem. But those 10 to 12 miles per hour numbers come from the underwater head study. That study focused only on head injury from too much acceleration. It did not investigate skull strikes.

Since then lamb skulls have been used as surrogates for human skulls. There are some differences in shape but “this is a well established area of scientific investigation.” The government publishes some thickness factors and mass factors that can be used to covert the results to humans. 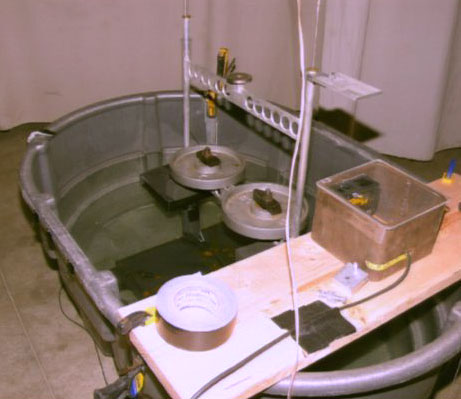 Kennett built a test fixture that allowed the lamb skulls to be submerged in water. He dropped a weighted guillotine on them in which the “blade” was a piece built to simulate certain pieces of the prototype propeller guard.

He recorded the tests on videos and inspected the skulls after the tests. The skulls were tied in place in the water with fishing line, but free to move. Thirteen tests were ran.

From these tests, he says it is possible to fracture human skulls at 5 mph.

Kennett then talks about what would happen if the guard were retractable. He said a four year old could land on it while it was retracted. Then he went on to talk about the density of water and air, and added mass.

Kennett said that if you hit your head in the air, your head moves, and it moves a little air with it and out of the way. The influence of the air is negligible. But “water is 800 times as dense as air.”

They are still making the 800 times cheap shot without noting that you weigh one heck of a lot less in water. The actual resistance difference is more on the nature of a factor of 30. Or as the NBSAC 1989 Propeller Guard Subcommittee report they referred to a few times today said, 1 mph in water is equivalent to 29 mph in air in terms of resistance

O’Sullivan asked Kennett, Would you risk your kids with that device on your boat? (referring to the prototype guard). Kennett said I do not have that device or any other guard on my boats (he has two boats with motors and two without).

Cross Examination of Kennett by Robert Vaage with Listman

You talked about suction this morning. Did you do any testing to measure that force? No.

How close would you have to be to be drawn in? Force (suction) begins to rise from 1 to two diameters behind the prop (diameters of the propeller). At 1/2 diameter they really begin to grow.

Vagge showed the image comparing strike areas (guard vs. unguarded). Isn’t the zone of risk from suction bigger than the propeller guard? Kennett said the suction zone only extends linearly, not radially.

Kennett has testified 70 to 80 times and given a few hundred depositions.

Vaage asked him if he had several specific certifications (both sides typically ask about a lengthy list they know the expert does not have).

Kennett does not have a Phd.

When asked earlier to produce all his materials including communications with O’Sullivan and specifically emails, they were not provided. Kennett says he does not retain or categorize emails. He deletes them immediately.

Vaage pointed out some things Kennett was not given. He did not received Kueny’s deposition, OMC employee Ted Holcomb’s information, or design, development and testing information on OMC’s 441 and 443 propeller guard projects.

Vaage said Kennett had been unaware that OMC sold ring guards for 20 years.

Kennett was not aware of a single report of entrapment or blunt trauma from a propeller guard.

Kennett never asked OMC if they ever ran a failure analysis on the propeller guard.

In Kennett’s February 29, 2008 report he said the operational regime of guards that have any region of benefit is when boat speeds are low and the propeller is engaged.

They talked about net benefit and net detriment, and frequency and severity of injuries in general terms.

Kennett’s second report written in May 2008 after he saw the Paulo Prototype 1 guard said, it will likely prevent lateral or radial entry to the propeller including human arms and legs.