This post is Part 2 of our two part coverage of propeller warning labels at 2014 show.

We tried to group most of the stand alone propeller warnings on this page. A few of them are on page 1 as part of our coverage of clusters of warnings. 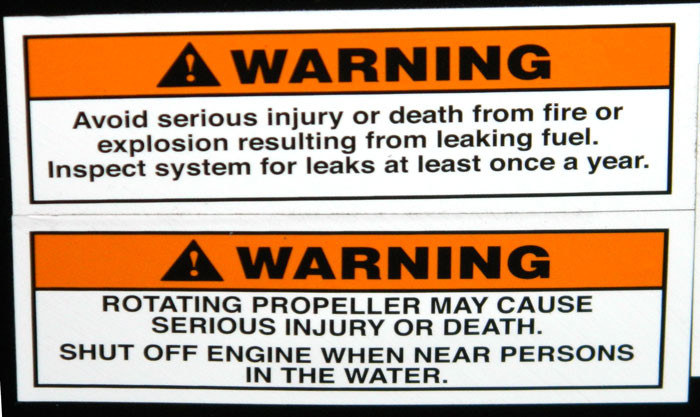 This pair of separate warnings labels was beside a carbon monoxide warning label.

The two warnings have borders, use the signal word “Warning” along with the alert symbol, and their text is centered.

If “Warning” is the correct signal word, they could both be grouped into a single warning label. 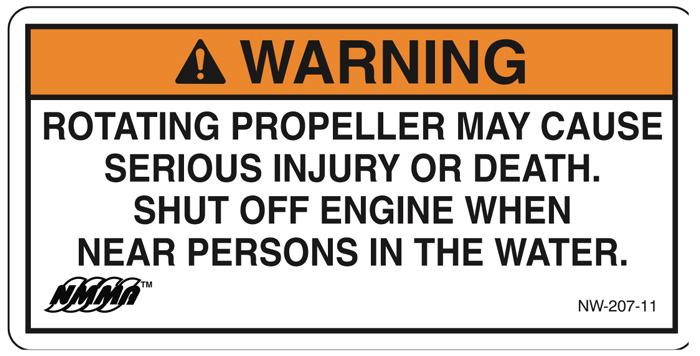 As mentioned above the 2014 propeller warning copies the NMMA warning, but they divide the bottom line up differently. While both helm warning examples have four lines of text and are in all caps, we find NMMA’s a little easier to read.

This warning appears to be a direct copy of the NMMA transom propeller warning, except for the NMMA logo and part number. NMMA’s version as photographed at the 2013 Tulsa Boat Show is shown below. 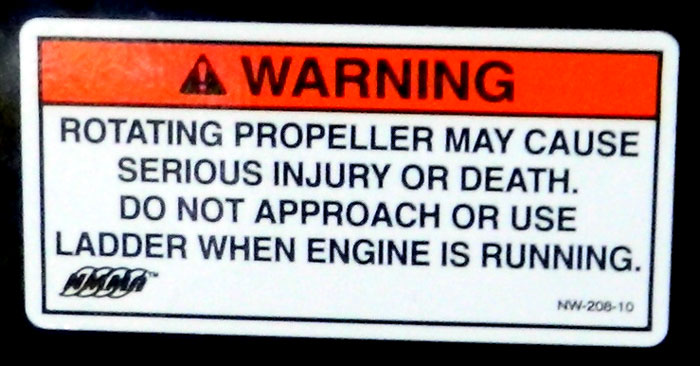 If boat builders want to copy NMMA’s warning, we suggest they change the all caps text to mixed upper and lower case, and quit centering the text in the text panel. Those two changes would make it much easier to read.

This warning copies much of NMMA’s transom warning text, and adds a possible plural to propeller, changing it to PROPELLER(S), and moves the word “ladder” up one line of text. Again, they stayed with NMMA’s all caps and centered text

The industry failing to generate some standard warnings and ABYC clinging to an extinct information report the industry claims is a standard (T-5), has resulted in the diversity seen below in ladder warnings over the last three years. If boat builders followed ANSI Z535.4, as you moved from one boat to the next, the warnings would be more similar and easier to interpret (more effective). 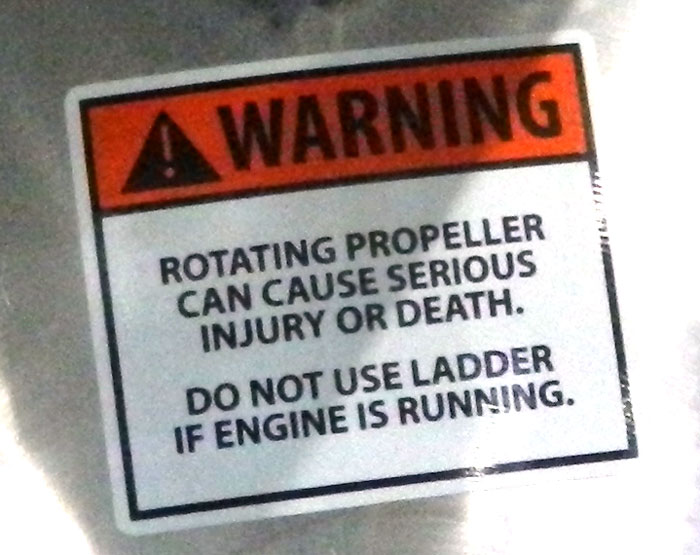 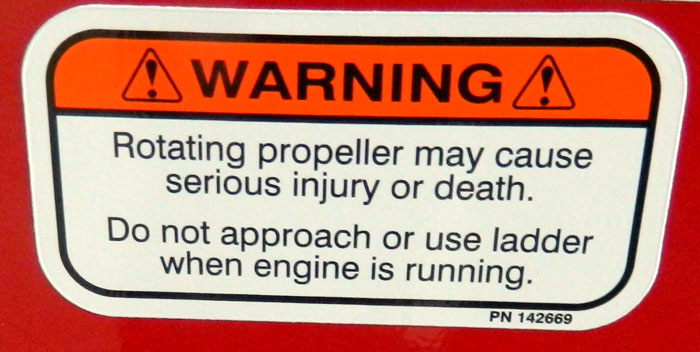 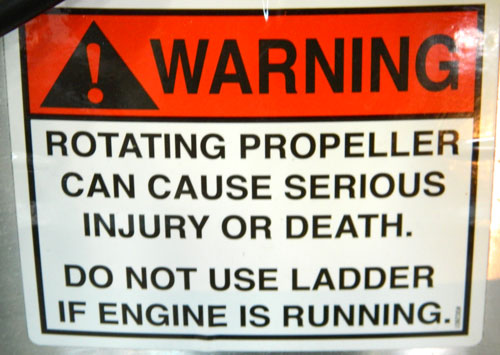 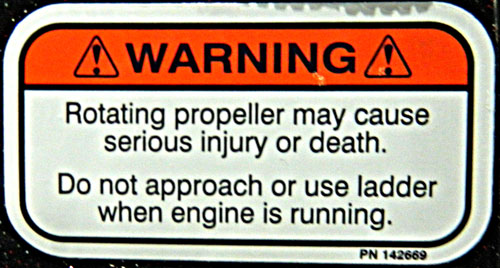 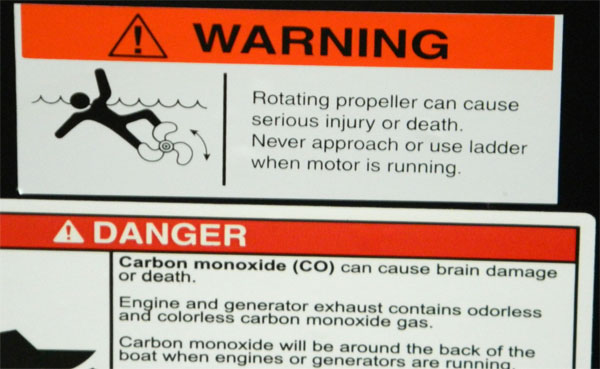 We whole heartedly support diversity, but lets have diversity in homing in on the best warning for particular vessels under the ANSI Z535.4 standard. The current diversity mostly results from using ancient warning labels and poor practices allowed to continue to exist under ABYC T-5.

Return to Part 1 of 2014 Propeller Warnings