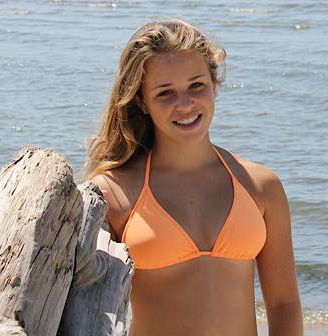 Emily Fedorko, 16 of Old Greenwich, and three other teenage girls were tubing about one to two miles off Greenwich Point Park, Connecticut on Wednesday 6 August, 2014. One girl was operating the boat, one girl was a passenger, and Emily Fedorko and a friend were riding a tube. Between 2 and 2:30pm, the girls in the water were struck by the boat’s propeller.

News media outlets present a plethora of scenarios as to what happened next, but authorities say the accident is still under investigation and all they will say regarding the scenario is that somehow the two girls that were tubing encountered the propeller. Authorities also note the girl driving the boat has taken the safe boating class and as such is legally certified to operate any boat. The boat, a 21 foot Wahoo center console boat powered by a 200 horsepower Evinrude outboard motor is owned by one of the girl’s fathers.

Immediately after the accident, the two girls onboard were able to get the two girls struck by the propeller onboard and took them to Old Greenwich Yacht Club Dock where Emily Fedorko was declared dead at the scene. Authorities said she suffered a fatal wound to her torso.

The other girl struck by a propeller (Erica Vigliano) was severely struck in the leg. Her injuries were thought to the tissue of the leg and not to her bones.

Alcohol is not thought to have been involved.

The operator of a Greenwich Police launch (boat) heard screams, went out to investigate, called 911, was the first responder, and brought them back to the dock.

The four girls were all to be Juniors at Greenwich High School when school starts shortly. The school quickly announced that counselors would be available to visit with students on Thursday and Friday (August 7th and 8th).

Online discussions include questioning the idea of allowing younger people (as young as 13) that have taken the boating safety class and passed the test to operate “all boats”. Moving from a totally classroom based environment to some hands on instruction during boating safety classes is being discussed as well.

Fedorko was an honors student and active in gymnastics.

The two girls that were on the boat were not injured, but both were taken to a hospital for observation. 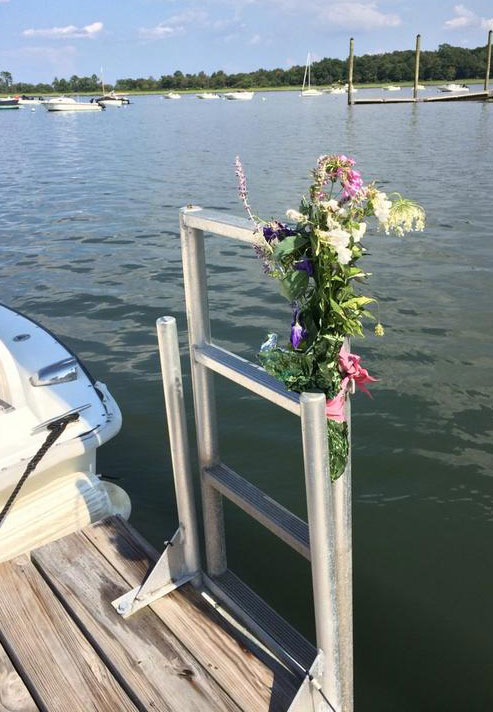 Several news outlets mention the accident seems so out of place, given that the girls were just out to have a nice day of fun on the water.

Some news outlets discuss the mental challenges two young girls will face from pulling their two injured friends from the water and compare their experience to battlefield experiences.

Some youth are quoted discussing the need to enjoy time with and love their friends as they may not always be around. The media also notes the tragedy associated with a young person loosing their life to an accident before they were able to reach their full potential and enjoy some of the milestones of life.

“This evening, we are mourning the devastating loss of one of our Greenwich High School students, a rising junior, who was involved in a boating accident today on the Long Island Sound. Our thoughts and prayers are with her family at this time of tragedy, … There are few words that can express the deep compassion we feel for the family of the young girl that has died and for the three other girls involved in the accident. The Greenwich Public School community is ready to support the girls involved and their families in every way possible.”

One law enforcement official called it “A horrible accident”. Some locals referred to it as a “freak accident”. We always struggle with that phrase and suspect this accident will eventually be found to be similar to many others.

Local police held a press conference on 7 August 2014 during which the fatality victim was identified and many questions were answered. The major announcements are in the first few minutes, however the entire 20 plus minute tape covers many related issues as well.

Her family will receive relatives and friends Sunday 10 August from 2 to 6pm at Bosack Funeral Home in Stamford. Funeral services will be Monday 11 August. She will receive a Mass of Christian Burial at 11am at St. Clement Church in Stamford, and buried following those services at Putnam Cemetery in Greenwich Connecticut.

This accident is receiving a tremendous amount of press, more so than any U.S. accident we recall in recent years. Some of that press is national, and some international carriers are covering the accident as well.

Reverend Joe Malloy began Emily Fedorko’s funeral service that was attended by hundreds. He noted that like everyone, Emily had flaws, but she was special because she rose above them by trying to be the best that she could be to other people. Reverend Malloy said, “To honor her, why don’t we try to do our best and carry on her example of trying to make the world a better place?”

PropellerSafety.com comment – we cannot help but draw similarities between the death of this beloved 16 year old girl and that of Kali Gorzell, killed by a boat propeller at 16 in Texas in July 2012. While Kali’s accident received little press outside of her community, the unbounding love and affection her friends and classmates had for her and for the way she lived her life is being replayed by the friends and classmates of Emily Fedorko. Kali Gorzell’s friends pledged to “Live Like Kali”. T-shirts, wristbands, soaped car windows, cheerleaders, and almost every surface in town rang out with “Live Like Kali” or its abbreviation “LLK”. We suggest Emily’s friends consider doing the same (Live Like Emily, “LLE”). Even if they do so only in their hearts and actions.

Kali Gorzell’s friends put the video together below that provides a sense of her life:

In 2013, some doctors released a technical paper on children water associated trauma (WAT).

Warning – some photos in that study are quite gruesome.

The paper strongly focuses on tubing and tubing propeller accidents in children.

We cover the paper in depth at Study Advises Boat Manufacturers to Prevent Exposure to Propellers.

One notable quote from the study, “the public should be educated on the potential dangers of towed tubing and watercraft associated trauma.”

Our coverage of the study includes brief notes on numerous other medical studies calling for protecting people from propellers.

Several forms of tubing propeller accidents are well known, it is highly unlikely this is a “freak accident”.

The 2013 double propeller fatality Monsour family tubing accident in Michigan focused our attention on increasing visibility of people in the water. We also encouraged college students looking for a “project” for a project, Capstone, or design group class to consider working in this area.

Back in 2010, the Coast Guard released a Public Service Announcement (PSA) video titled Don’t Wreck Your Summer. It included a staged propeller accident. The boating industry made the Coast Guard pull the PSA from active use because they said it showed boating in bad light. Had that video been allowed to stand, and others followed such as one on tubing safety, this and other accidents may have been prevented.

We apologize for being slow in covering this accident. We have been in the field a few days working on another propeller safety matter and just got back early this morning (August 8th).