New South Wales (NSW), an Australian state that includes Sydney, recently proposed an update to their Marine Safety Regulations. The update addresses many issues, including mandatory wear of kill switch lanyards on vessels of less than 4.8 meters (about 15.75 feet) equipped with a kill switch.

The new proposed safety regulations are introduced by their Maritime Management Centre at Marine Safety Regulation. The page includes links to the proposed regulation, a regulatory impact statement, and a feedback form.

Section number 130 addressing kill switch wear begins on page 58. We took the liberty of clipping it out along with some of the headings to make it easier to find and present it as an image below. 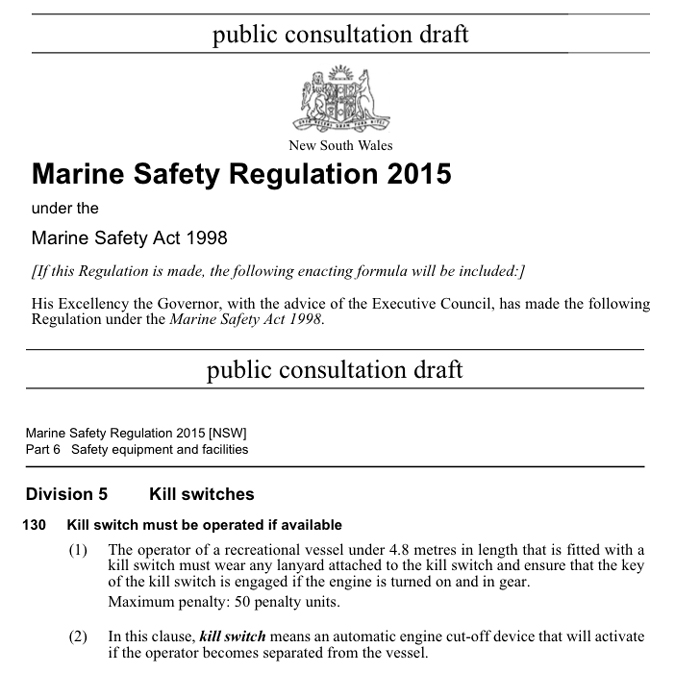