Marion founded Stop Propeller Injuries Now (SPIN) in the wake of the death of her son, Emilio Cruz in a 1993 houseboat propeller accident.

Her tireless work and efforts have made the waters safer for all. 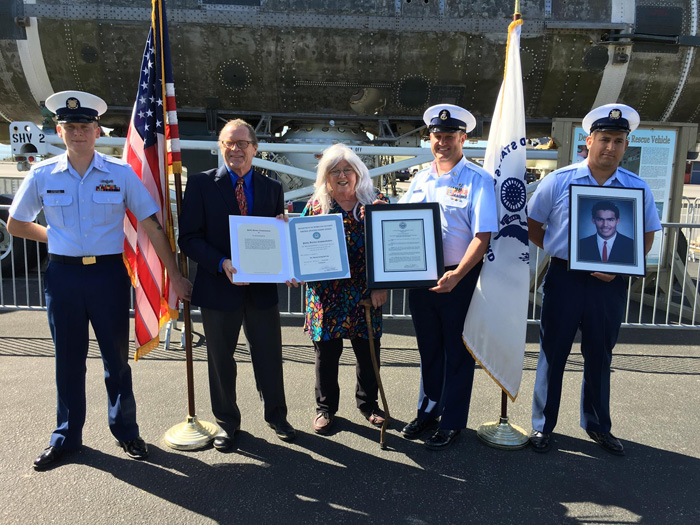 Since the early days of SPIN, many people have stepped in to help for a time, one who stayed by her side for the long haul was Phyllis Kopytko, herself a propeller strike victim. Together they marshaled the efforts of SPIN from opposite sides of the country and recruited many to help in the cause. Phyllis attended the presentation ceremony with Marion and is seen to the left of Marion in the photo below. 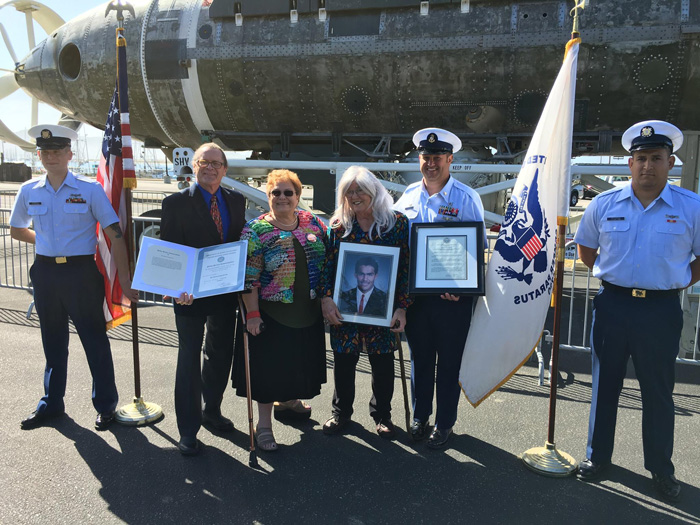 A video of the ceremony was captured.

A huge congratulations to Marion, known by many as Emilio’s Mom, for all her efforts for boat propeller safety.

In the early days I gathered information supporting the concept of using sensors to detect people near propellers and automatically take protective actions (later known as Virtual Propeller Guards). To me this seemed like an obvious solution to the problems the industry continuously raised about propeller guards. When my collection of data and technical papers reached critical mass, I just knew the industry would take note and the problem would be solved. However, I learned what Marion and many after her have learned, it’s not easy to bring about change.

While sulking in the lack of acceptance of my “solution” I discovered SPIN. After a while I thought, heck if she can do it so can I. I will start an online campaign promoting the technologies behind virtual propeller guards, the boating industry will rapidly jump on board, and the problem will be solved.

Again, like Marion, I learned change is hard and slow. And I began to learn what Marion had learned earlier, the problem is not as simple as it sounds. There are countless types of boats, uses of boats, and types of waters those vessels are used upon resulting in several individual niches with almost countless stakeholders involved. Marion is and was greatly skilled in bringing all those people to the table. While action was slow, without her the discussions would have never taken place.

I thank her for her inspiration, for being a great example, and for her unwavering dedication and leadership in the field of boat propeller safety.

Thanks also to Phyllis for her tireless efforts though the years.

And, thanks to the U.S. Coast Guard for their recognizing Marion’s efforts.

Marion passed away a few months later on 18 May 2016. We posted a tribute to her life.