On 27 February 2015, the world lost an inspiration to us all, Boni B. Blalack, 83, passed away in Huntington Memorial Hospital in Pasadena California. 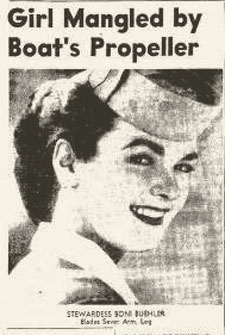 We knew of her life as Boni Buehler, a beautiful young stewardess involved in the highest profile recreational boat propeller accident of all time back in 1953. We covered the accident in a post titled, Boni Buehler – 1953 Boat Propeller Accident. The accident involved many ties to the rich and famous, the legal trial involved one of the most colorful lawyers of all time, Melvin M.. Belli. Mr. Belli introduced many methods now regularly used in accident cases, including the use of expert witnesses and of video taping testimony. 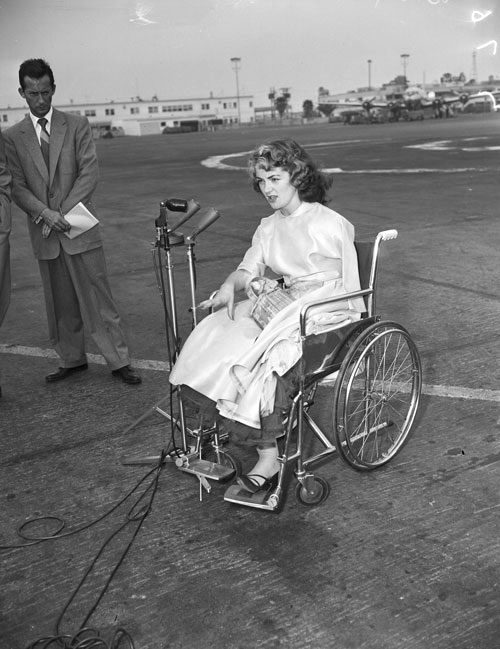 But enough of that, Mrs. Blalack is known for her tremendous courage in overcoming the hardships of losing and arm at the shoulder and a leg at the hip in an era long before modern prosthetics. She was told by doctors she would never walk again, never drive again, and never have children. She took to a couple wooden crutches and an arm strap, then showed them all to be wrong. She went on to have a great marriage, three children, run a cosmetics business, and inspire almost everyone she met.

The following quote is from her obituary in the Los Angeles Times:


Wherever Boni went she was noticed. She would simply smile at those who stared and go happily on her way. Most realized they had witnessed something and someone special, and if they were fortunate they met her and became a friend. Those she did meet were in awe of her and inspired by not only her rare courage but also by her generous and kindhearted nature. She reshaped perceptions about the unlimited potential that exists in everyone and during an age when a double amputee, without prosthetics, might have chosen to shy away from a public life, she ignored conventional thought and taught everyone the value of strength of character, a positive attitude, and the power of compassion and kindness.

We encourage all to learn from Boni Blalack’s example. When we face hard things in life, let us remember how she overcame tremendous challenges with courage and determination. May we pick ourselves up, dust ourselves off and do the same. 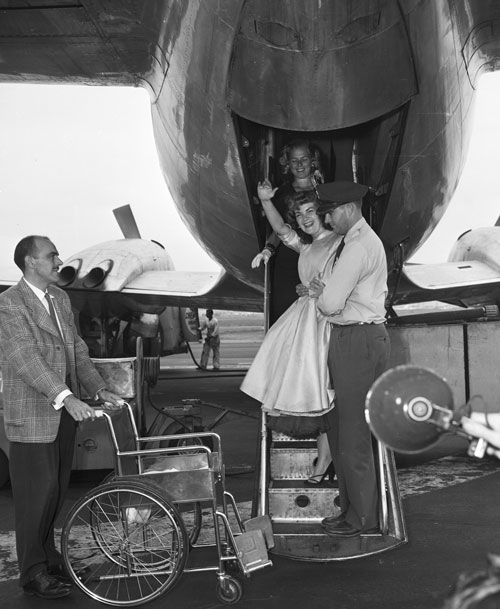 We apologize for not eulogizing this great lady earlier. We only learned of her death today (12 July 2016).