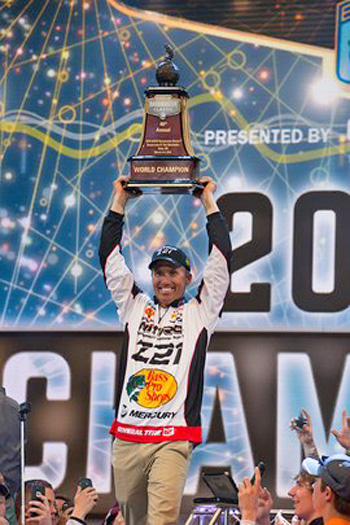 We were privileged to attend the 2016 Bassmaster Classic on Grand Lake with the weigh-ins in Tulsa, Oklahoma on March 4-6, 2016.

Edwin Evers, a local professional bass fisherman came from behind on day 3 to win the tournament.

We just noticed Mercury issued a press release back on 8 March 2016 about the Evers win and about him using their Mercury 250 Pro XS outboard motor.

We congratulate Mercury on being on the winner’s boat.

While at the tournament we noted the presence of technical support crews and trucks from various manufacturers associated with the event, including Mercury.

Near the end of the press release, Mercury tells of the reliability of their outboard and of the contribution made by their tech support crew when Edwin Evers struck a log on day 2 (Saturday).

Evers wouldn’t have been in position for a Sunday comeback without the reliability of his 250 ProXS (and the on-site Mercury service crew) on Saturday. Making the run back to the check-in point at the end of the day, Evers struck a log while on pad, severely damaging his propeller and causing a wicked vibration in his lower unit. Evers managed to continue motoring back to Wolf Creek in time to check in, and turned his boat over to Mercury’s on-site service crew for emergency repairs.

“That lower unit held together for 30 miles at 60 miles per hour,” Evers said. “The vibration from the damaged prop was just crazy – I was a nervous wreck, but I didn’t have any other choice but to keep going. I wouldn’t have had a chance to win the Classic without the durability of my 250 ProXS.”

Below is a photo we took of Mercury’s support truck while we were at the event. 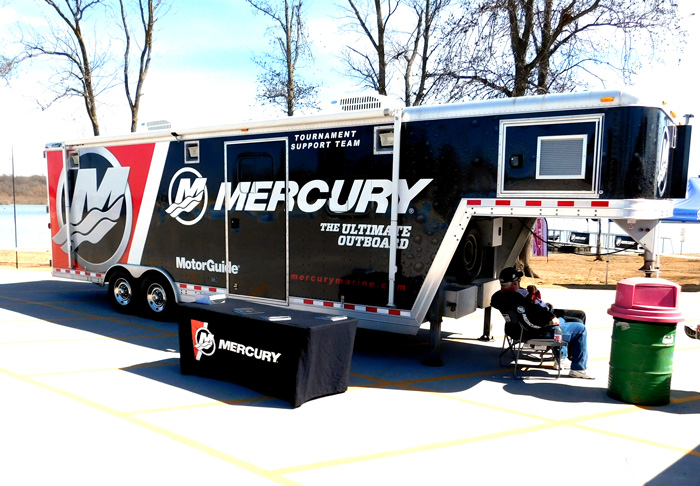 As in our Day 2 photo below, we saw Mercury, Yamaha, Evinrude, and Suzuki outboards at the Classic. While not true in this particular photo, Mercury powered more boats than all the other manufacturers combined. 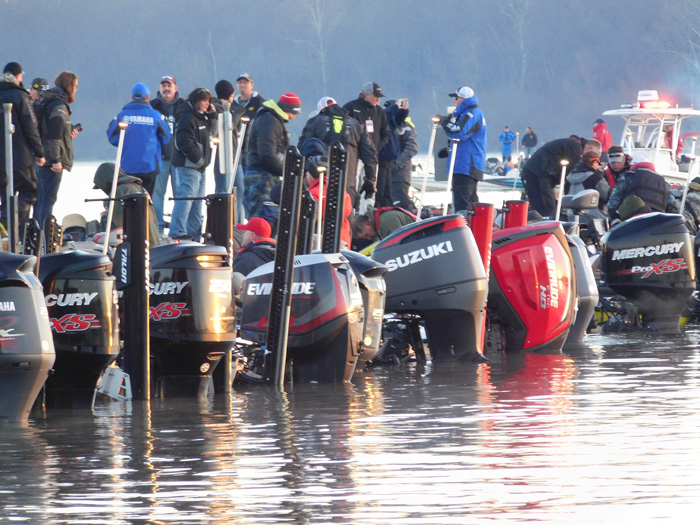 2016 Bassmaster Classic Day 2. Outboards at the dock before blastoff.