Virginia Tech released the video above on YouTube 6 January 2017.

While recreational drones crashing into humans is relatively recent event, boats have been doing it since the days of Noah. Boats, outboard motors, propellers, and propeller guards have been impact tested against a range of objects to simulate human impacts, including anthropometric dummies and cadavers.

You will note Virginia Tech uses an anthropometric dummy with a special neck to simulate the stiffness of a human neck. Mercury and OMC did the same back on in 1990. Some may recall some challenges with the stiffness of the dummy’s neck back during the SUNY testing. 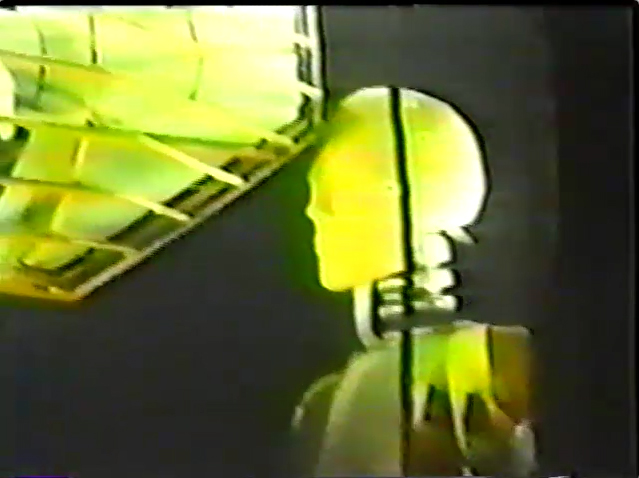 Above is an image from the underwater test setup as shown on the SUNY testing videos. I immediately recalled them after seeing the Virginia Tech drone impact videos.

Congratulations to Virginia Tech for their work trying to better understand the hazards of recreational drones crashing into human beings.

Drones have countless applications, including several tied to boating and to our work here. We look forward to drones and boats both trying to interact safely with humans.