Back in July 2016, we posted a chart for use in designing and testing outboard motors in a way to prevent them from breaking off and entering boats when striking submerged objects.

Today we are posting an updated / enhanced version of that chart. The new chart specifically identifies three more potential design / testing paths to achieve the objective. 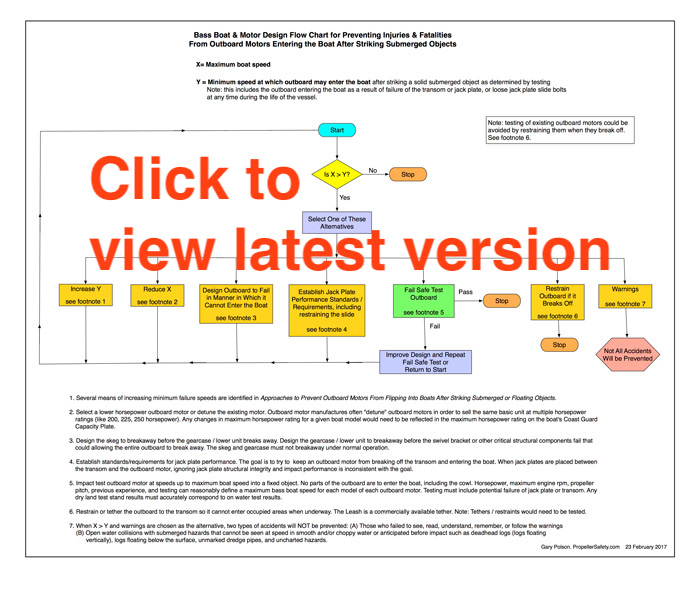 Another path calls for the establishment of jackplate performance standards / requirements. 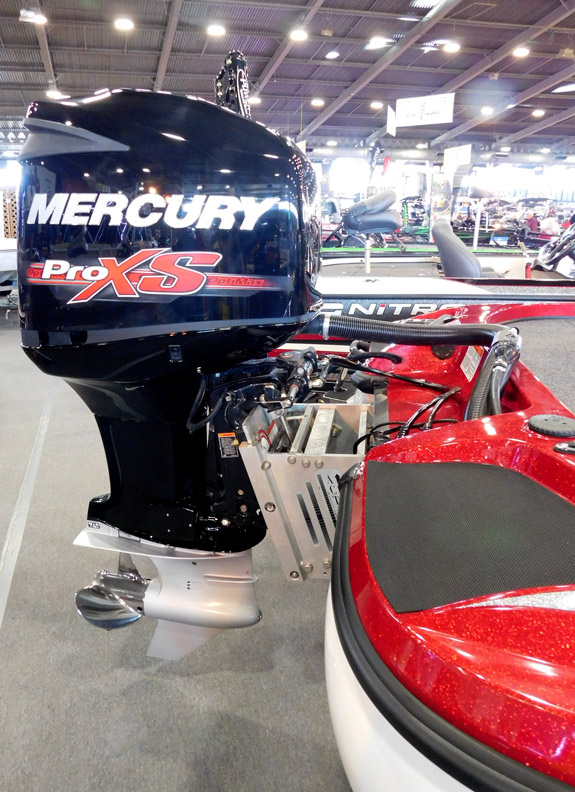 Jack plates are regularly being inserted between the boat and the outboard with:

Please note we are not saying or implying that the Bob’s Machine jack plate in the photo above may not be of the highest quality and meet all needs of the application. We are saying we are not seeing any jack plate standards, requirements, or testing procedures in place to assure that is so, not only of this particular jack plate, but of all jack plates in general.

The final new path recognizes Failsafe Testing is the procedure by which to verify no parts from the outboard will enter the boat during collisions with floating or submerged objects.

The new chart has also been inserted into the original post.

Outboards breaking off and flipping into boats with their propellers still running has particularly been associated with bass boats and tournament bass boats.