The boat was near Goat Rock Island in LaFollette, Tennessee at White Bridge in Lonas Young Memorial Park per 10news / WBIR.

The boat was a small center console boat powered by a Johnson outboard motor, as seen below. 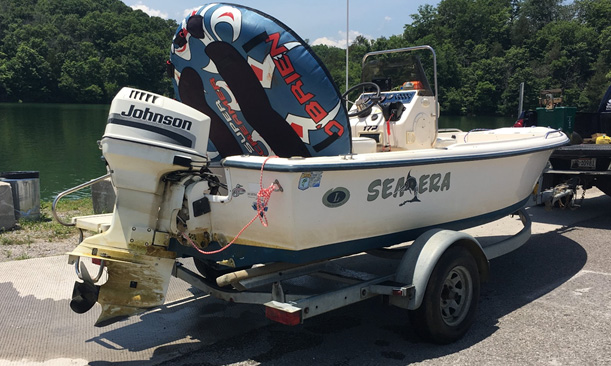 The children were still on the tube when the boat headed at them, a 16 year old girl and another child jumped from the tube, a six year old and an 8 year old staid on the tube.

The 16 year old girl that jumped, plus the 6, and 8 year old were struck by the propeller.

Authorities reported the family was visiting from Ohio.

The 16 yearr old girl was life flighted to University of Tennessee Medical Center, he two younger children struck were taken by ambulance to LaFollette Medical Center.

Thanks to WBIR, and others who covered this accident.