This is really big news. Likely the first time ever in the United States that people protecting propeller guards have been required by law.

NewsDay coverage of passage of the bill, notes Ryan’s parents, Kellie and Kevin Weiss, have been lobbying for a similar state wide bill in New York.

Per NewsDay, under the Suffolk County New York bill any vessel used to teach anyone under age 18 about marine navigation and safety in a formal setting such as an instructional course conducted by a marina, yacht club or boating organization would have to have a cage or encasement surrounding the propeller. Violators could be fined $250 to $500 for a first offense and $750 to $1,500 for subsequent offenses. 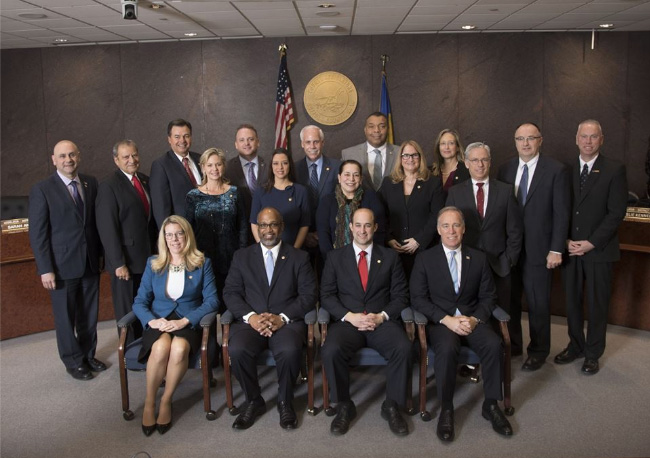 NewsDay cites Suffolk County as saying this is the first law of its kind in the nation. We concur.

News12 provided the video below on Ryans Law in Suffolk County:

Countless attempts have been made to legislate the use of propeller guards nationally, by state, and in special situations since the 1950s. This is the very first one focusing on guards to protect humans to pass we have seen.

In 2017 a similar bill was introduced to the New York legislature. The text of that bill is below:

Introduced by M. of A. RAIA — read once and referred to the Committee
on Tourism, Parks, Arts and Sports Development

AN ACT to amend the navigation law, in relation to requiring propeller
guards on instructional vessels

The People of the State of New York, represented in Senate and Assem-
bly, do enact as follows:

1 Section 1. Subdivisions 10, 11 and 12 of section 40 of the navigation
2 law, subdivision 11 as renumbered by chapter 391 of the laws of 1971,
3 are renumbered subdivisions 11, 12 and 13 and a new subdivision 10 is
4 added to read as follows:
5 10. Propeller guards. All vessels which have a propeller and are used
6 to instruct children under the age of eighteen shall have propeller
7 guards installed around the vessels propellers.
8 § 2. This act shall take effect on the ninetieth day after it shall
9 have become a law. Effective immediately, the addition, amendment and/or
10 repeal of any rule or regulation necessary for the implementation of
11 this act on its effective date are authorized and directed to be made
12 and completed on or before such effective date.

Great to see a community taking action to protect its loved ones. We wish youth sailing organizations provided some more leadership and direction to those considering using propeller guards.

It would be nice, if Suffolk County provided some basic guidance as to which types of guards are acceptable and what problems they might create on certain vessels and applications.

As it stands, the bill provides little guidance or exemptions. (such as exempting true inboard boats, exempting faster vessels, etc).

The bill is very broad in terms of what type of youth instruction it applies to.

The bill is scheduled to go into effect in 90 days. We suspect that may be too fast without some better guidance in place to those who will be looking for guards.

Last year we prepared an open letter to Assemblyman Andrew P. Raia who spoke out for the use of guards. The letter was never mailed or posted. We tried to update it to post it here and may do so later. For the moment if Suffolk County Legislators would like to discuss the many suggestions and points we made about the proposed State of New York law most of which are relevant to their law as well, we would be happy to share those ideas with them or with Mr. Raia at the State of New York.

We hope sailing and youth sailing organizations will use the opportunity to step up and help clubs set some guidelines for propeller guards. Among the very basic questions are if you want protection to the rear or not.

We think it is a great idea to use propeller guards on small power boats associated with youth sailing. We are just a little concerned this bill may not be the answer in its current state.

Hopefully the legislature will quickly adapt the bill as needed to best fit their needs.