The application notes current outboards and stern drives do have log strike systems that allow the drive to “kick-up” (pivot upwardly and rearwardly relative to the watercraft) on impact. FLIR’s patent application notes these systems are not a cure all:

“However, regardlessly of the drive type, any use of these conventional protective measures typically results in at least a measure of inconvenience for the watercraft’s owner and are often inadequate to prevent expensive damage to the propeller, the drive leg, the watercraft’s keel, and/or other submerged components of the watercraft.” 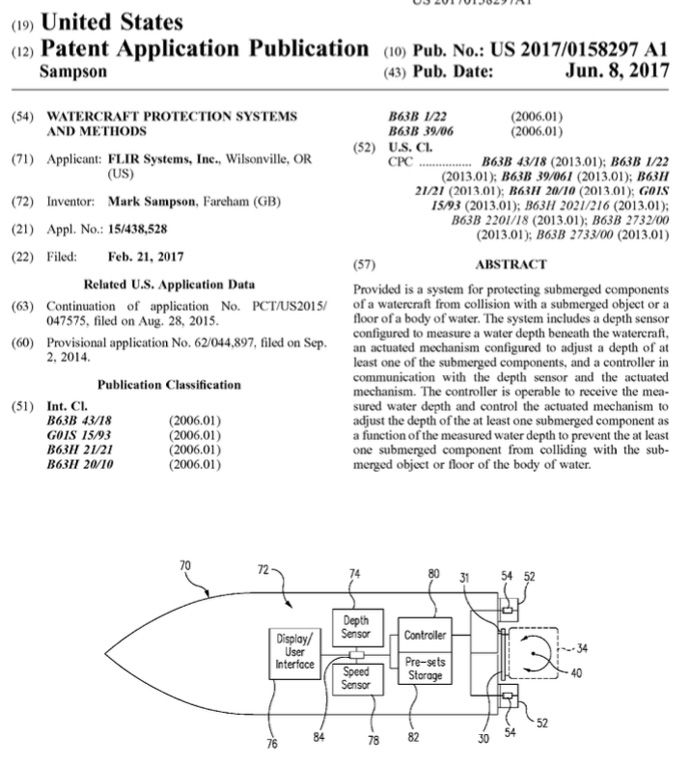 FLIR does not specifically mention the hazard of outboard motors breaking off and flipping into boats, likely in part because their system has much broader application than to bass boats. If FLIR can get the product to market they will likely be selling at customers wanting to avoid the shock and awe of striking a submerged object, the aftermath of wondering if your boat is okay including the transom, and the stiff repair bills including sometimes sending out drivers to recover your motor from the bottom of the lake. FLIR will likely be selling mainstream vs straight at the bass boat market targeting flip ins. But the application to the outboard flipped in problem is obvious. If you don’t hit something, far fewer outboards are going to break off and flip into boats.

When we very first saw the patent application, we thought it might be targeting larger vessels, however it does specifically target outboard motors, stern drives, and inboards as seen in the outboard image from Figure 1B of FLIR’s patent application as seen below. 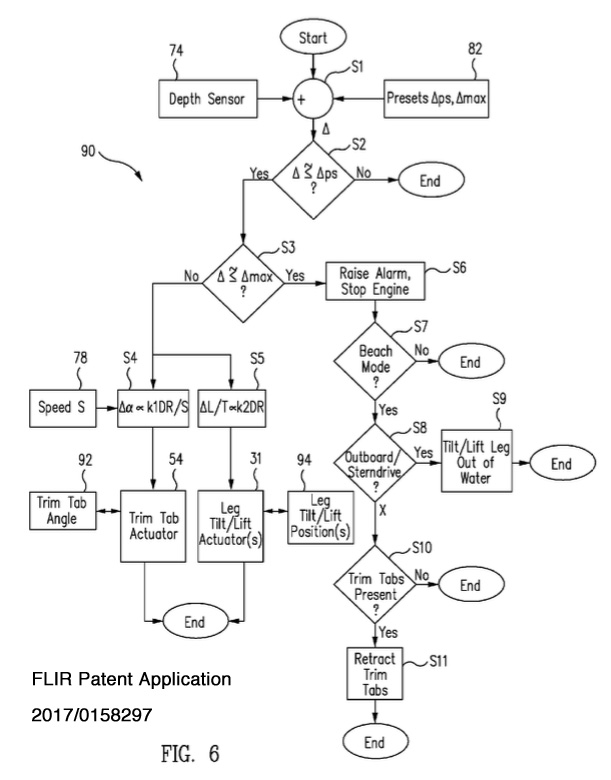 If the system determines a collision is inevitable (you are going too fast for the system to prevent the collision), it can sound an alarm and turn off the engine. They also note the system can help make sure the drive remains deep enough in normal operator for the water intakes to provide sufficient cooling water.

Congratulations to FLIR for adding another method to prevent outboard motor flipped in accidents to the boating industry’s quiver.