Mike Wilkins tells the story on video above of how 295 boats took off that morning. Mike, his son Hunter Williams, and another high school angler, Jackson Elder, ran out about 45 miles that morning. While coming back to a 3:30 pm weigh in at Guntersville State Park, the Mercury 250 horsepower Optimax Pro XS outboard motor struck a submerged object at about 60 miles per hour. He thinks they probably hit a stump. Mike says the outboard flipped up with the propeller being maybe one to two feet above the Power Poles. The team was running a tether. The Leash kept the outboard motor from breaking off all the way off and and flying into the boat on top of them with its propeller still running. 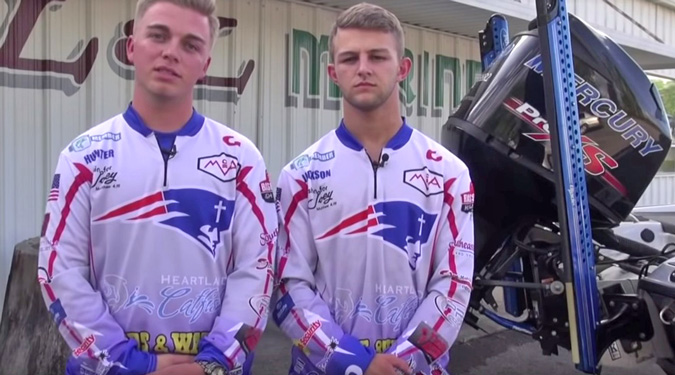 As Mike said, it sounded like the propeller was over the back of their heads. They quickly went from Cloud 9 after catching one last nice bass to him looking over to see if everybody was still alive after the collision in which the boat stopped abruptly and turned to the left.

The large Mercury outboard flipped up high and slammed its cowling into the rear deck. 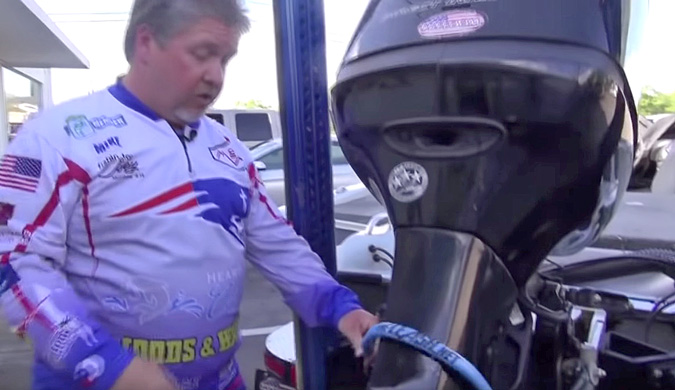 Mike Wilkins talking about The Leash

Mike and the young men on board bear testimony of their plans to always run The Leash in the future.

At first, they thought the motor had broken off the back of the boat and was gone.

The aluminum tilt cylinder casting failed, and broke away from the pin retaining its barrel end as seen in the images below.

With the tilt cylinder broke loose, and fluid leaking externally from internal ports in the cylinder, the ACA anglers were unable to trim the outboard after the accident. However they were still able to limp it back to the weigh in. 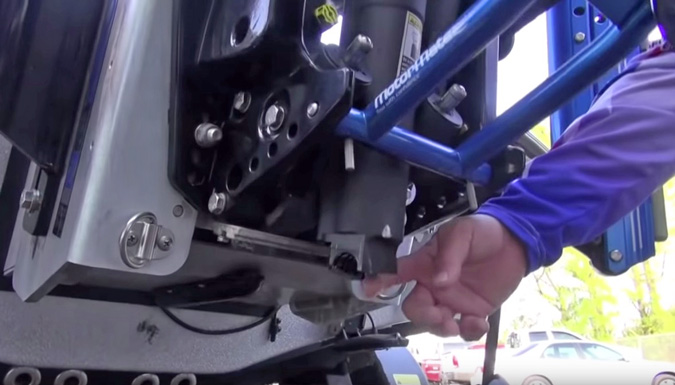 The blue tube like structure in the image above angled to the top right corner of the image is a “Motor Mate” transom saver device installed when the outboard is trailered to help support the weight of the outboard during trailering/towing down the road. 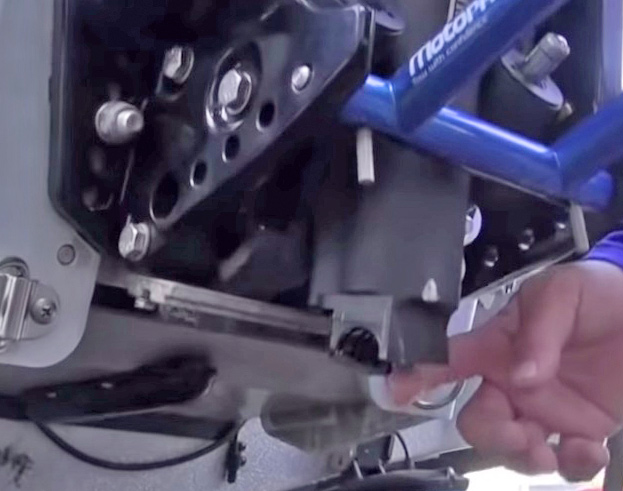 The barrel end of the tilt cylinder is slightly zoomed in on in the image below. 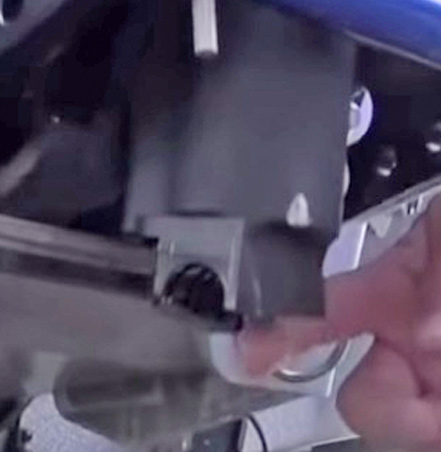 Mike Wilkins closing comments on the video accompanies a photo of all on board and Jackson’s father. Mike notes, “Without The Leash, I don’t know that this picture could be taken on this day. I think there might have been a different outcome without it on the boat.”

We at PropellerSafety also glad the photo above could be taken!

A big thanks to Mike Wilkins and the ACA team for sharing their story. And thanks to The Leash for introducing aftermarket tethers to the marketplace.

In the video, Mike Wilkins reported the accident happened April 5th, 2019. We think the accident MAY have happened March 30th 2019.