Mercury Marine launched the 1st mate, the marine industry’s first engine integrated man overboard and proximity based theft deterrent system in Dusseldorf in late 2019. They announced that launch in the U.S. on January 20, 2020.

Wearable wristband fobs (think Fell Marine, Mercury’s wireless technology partner), are worn by the operator (operator always gets the red one) and up to 7 passengers (other colors). 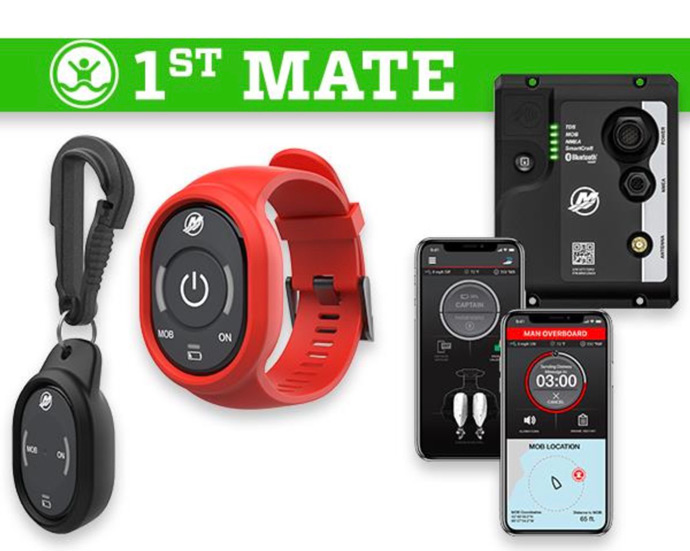 “If a passenger falls overboard, the system likewise send alerts to the captain and other passengers. The captain receives heading instructions to return the boat to the location of the man overboard-event.”

Mercury developed a website devoted to the 1st Mate, 1stmate.net and a series of videos.

1st Mate also includes a theft deterrent system. The boat can only be locked so it can only be started when the captain is in the vicinity of the helm.

When the captain’s fob is not in range the system either disables the engine or puts them in guardian mode (can only go slow like when the engine is overheating.

We had hoped Mercury would bring out a wireless lanyard back since they announced their technology partnership with Fell Marine.