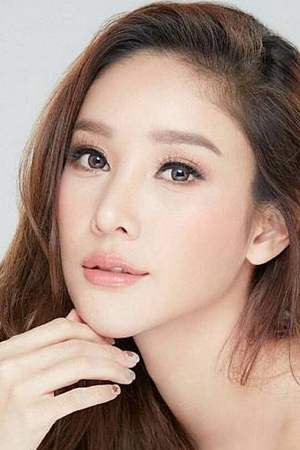 A beautiful young actress known as Tangmo (Nida Patcharaweeraphong, age 37) fell from a speedboat into the Chao Phaya River in Bangkok Thailand. Tangmo was on a restaurant trip with friends on Thursday February 24, 2022. Tangmo had been seated at the rear of the boat and fell in about 10:40pm. Early reports said 30 divers searched the area for her body.

Her body was recovered about 1 pm Saturday and found to have a large 30 centimeter long cut on her right thigh. An autopsy found she had drowned because there was mud (sand) in her lungs. The autopsy possibly caused by the boat propeller may have cut into a major artery. The cut could have limited Tangmo’s ability to help herself. Examiners could not determine if the leg cut was before or after her death.

A forensic expert said sand was found in Tangmo’s lungs indicating she was still breathing when she fell into the river. They said that due to movement of the Chao Phraya River, sand particles become suspended in the water. As a result, people do not have to hit the bottom of the river to have sand in their lungs. As seen above, the outboard motor was a Mercury Marine Verado outboard. News reports indicate the boat was a Cobalt.

Divers found the propeller Thursday morning in about 8 meters of murky water.

False Statements Made to Police

The boat had been underway from Krung Thon Bridge to Rama VII Bridge in Nonthaburi on Thursday evening February 24, 2022. Her personal manager, the speedboat owner, the boat operator, and two others were onboard.

Some onboard were charged with making false statements and destroying evidence for telling officers no alcohol was consumed onboard. But liquor bottles and drinking glasses had been thrown into the river.

A second autopsy was conducted Thursday afternoon March 17th at the request of Tangmo’s mother. It was conducted by the Central Institute of Forensic Science at Thammasat University Hospital in Bangkok.

Tangmo’s leg wound was found to have occurred while she was still alive. However it could not be determined if this wound was caused by a propeller or not.

Tangmo’s personal manager, Idsarin “Gatick” Juthasuksaway’s advisor MP Siri Jenjaka said “Gatick had now told the whole truth She and advised the others to do so now too. Siri said Gatick had been lured into making false statements by a lawyer named “M”.

Wispat Manomaikrat, aka “Sand”, a transgender woman, surrendered to police after a warrant for her arrest was issued. Police say Sand was the last person on the speedboat with Tangmo when she fell in the river.

Originally those on board said Tangmo was trying to pee off the back of the boat when she fell overboard. Police have since debunked that story. Police Report on Their Investigation

On April 26th, after two months of investigation, Police announced Tangmo died of suffocation from drowning and did not accidentally fall into the Chao Phraya River. She fell due to someone else’s negligence. Individual charges are listed in Thaiger.

Her most prominent and serious injury, a deep laceration to her leg, was apparently caused by a boat propeller.

Police were able to duplicate Tangmo’s wounds when they threw a mannequin off the back of the boat.

Charges have been filed against the five others onboard and against one other man who advised and coached them on what to say to Police.

Police report examining over 300 items of material evidence and questioning more than 124 individuals.

Police announced they found 26 wounds on Nida’s body between her thigh and ankle. The largest being 7 centimeters wide, 26 centimeters long, and 1.4 to 4.5 centimeters deep. Police reported these dimensions matched the dimensions of the speedboat’s propeller blade.

Distrust in the Police

At one point in the Police presentation, they showed a photo of a wound with stitches on the leg of an unidentified woman saying it was caused by propeller and similar to the wound on Tangmo’s thigh. Investigative reporters as the Drama Addict later found the image was from the Sun in late 2019 of a woman who suffered a cut at a dance party. It had nothing to do with propeller strikes. This further intensified distrust in the police. There was already distrust surrounding why Police allowed the parties to delay giving their statements. That allowed those onboard to invent a storyline with the aid of a lawyer.

Tangmo’s death reminds us of some elements of the Kirsty MacColl accident. It can be very challenging to find the truth in some countries regarding boat propeller fatalities, even when high profile individuals are involved.