Natalia Andrea Larranaga Fajardo, 26 originally from Columbia, now from California, was on vacation in Columbia on November 27, 2022. 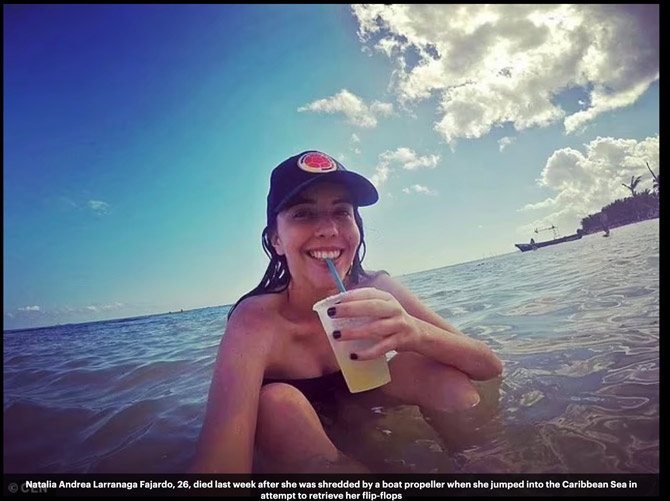 Natalia was on Wata Beach in San Andes, Columbia about 445 miles off the mainland coast of Columbia. She saw some people she knew on a tour boat and joined them. The tour boat was carrying 22 tourists and two crew members. It went to a popular area with several other boats. Natalia’s flip-flops / thongs/ sandals fell over the side of the boat. Natalia dove in to recover her flip-flops and was fatally struck by the tour boat’s propeller.

She was struck in the legs, lower back, and buttocks by the propeller. Natalia was taken by jet ski (PWC) to a hospital on San Andres Island. The name of the hospital was the State Social Enterprise Department Hospital. She received several transfusions and surgeons tried to repair her arteries. Natalia died from cardiac arrest early the next morning.

Cell phone video covered the moments after the accident. Most sites are marking it as UPSETTING OR DISTRESSING VIDEO as it is graphic.

The accident is under investigation in Columbia.