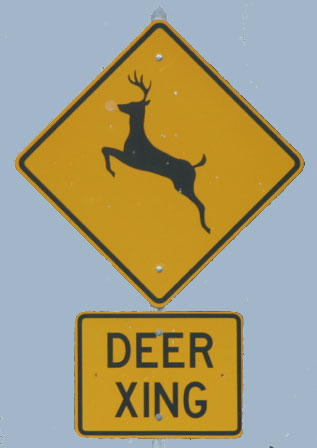 Many areas of the country, including ours, are know for large animals being on the road from time to time. In our region, the problem is most often deer at dusk, just after sunset, or during the night. Many drivers become oblivious to the ever present Deer Crossing signs (often with a few bullet holes in them), just like some boaters become oblivious to instructions to check to make sure nobody is near the propeller when the engine is started.

The Propeller Guard Information Center was born from an idea to detect people near the propeller and automatically take actions to prevent boat propeller injuries (shut off the engine, blow the horn, turn on a light, or whatever the best action would be for the particular situation detected).

From time to time we write about new sensors being developed to detect people, and specifically sensors developed to people in the water, such as our recent post on A Survey of Human Sensing Methods published by researchers from Yale and MIT.

Recently, I was pondering similarities in warning drivers of the dangers of striking large animals on roadways to warning boat operators of the dangers of striking swimmers with boat propellers. In both instances we know they (people in the water or large animals on roadways) may be out there somewhere, we do not know exactly where they are, sometimes visibility is bad, sometimes they (swimmer or large animal) appear at the last second too late to successfully avoid striking them at our current speed, and we have some idea of what happens if we hit one (swimmer or large animal). While considering these similarities I came across some interesting research that may be useful to those trying to detect people near propellers.

Several researchers at Montana State University conducted a multi-year study of existing large animal detection systems for roadway use. The study is titled, The Reliability of Animal Detection Systems and Reliability Norms. 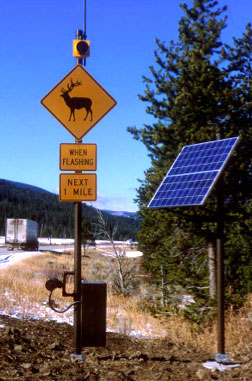 In general they detect the nearby presence of large animals and either flash a digital wildlife crossing sign or flash a yellow light near a traditional wildlife crossing sign. The flashing signs or lights get a lot more attention from drivers, cause drivers to slow down and become more alert which reduces the number and severity of large animal strikes. The 11 systems tested included several types of signals (passive infrared, microwave radio, laser, active infrared, and electromagnetic field).

These systems have been shown to reduce large animal collisions from 57 to 97 percent in tests conducted at Yellowstone National Park, Germany, seven locations in Switzerland, and a test in Arizona.

The Montana State University presentation addresses false positives (system thinks an animal is present but they are not) and how they occur. Researchers also chart the percentage of intrusions (animal in the area) detected by the various systems, and surveyed several groups asking them what percentage of animals should be detected for the system to be considered successful. About 50 percent of those surveyed thought a 90 percent detection rate or less would be a suggested norm for the system. Six of the systems tested met or exceeded those norms. The effects of wind direction, wind speeds, humidity, precipitation, day/dark, temperature, and animal types were also investigated.

We strongly encourage anybody working on virtual propeller guards (using sensors to detect people near a boat propeller) to view the Montana State University presentation and to follow up by studying the various available commercial systems and the more in depth reports on the MSU study including: