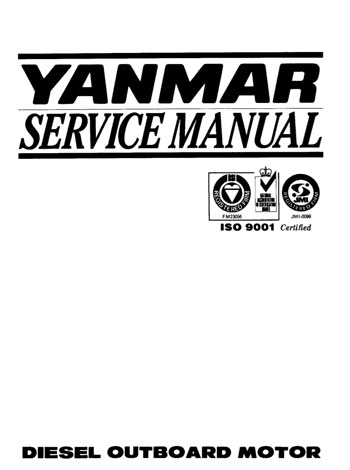 Back in 2000, Yanmar was offering a special lower leg on Model D27A and D36A outboards (27 and 36 horsepower) that came with bolt holes for installing a propeller guard.

Yanmar may not have installed them, but they set their drives up to use them. Yanmar Service Manual. Diesel Outboard Motor. Models D27A & D36A. Manual # A0A5055-JC03. Model Year 2000. The cover page, and page 141 are reproduced here.

It is obvious from these images that Yanmar built drives with the full intent of them being used with propeller guards AND did so at the request of their customers. 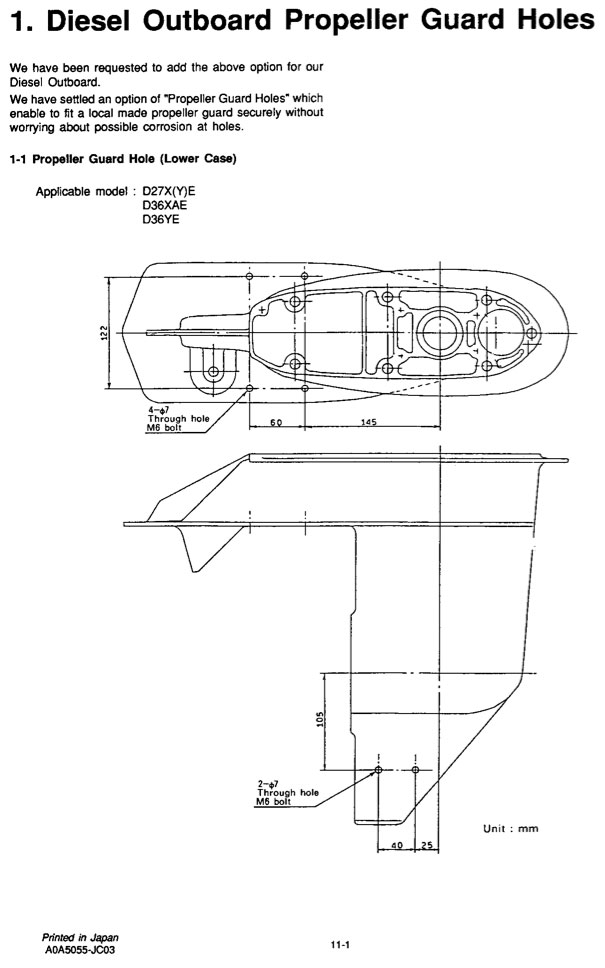 Those objecting to propeller guards sometimes claim the holes drilled for mounting some guards could cause the drive to corrode. Yanmar solved that problem by pre-forming the holes.

Long ago, we suggested marine drive manufacturers beef up the drives most likely to have guards mounted to them if necessary, and supply “knock-outs” that could be easily punched out to create mounting holes for propeller guards.

“Drive manufacturers could design their drives in advance to accept their own propeller guards by beefing areas needing reinforced and by incorporating any necessary mounting holes either as pre-formed holes or as “knock outs” that could be easily removed.”

Yanmar took that approach one step further (even before we suggested the idea). They went ahead and drilled or formed the holes in an optional lower leg.