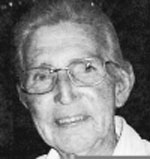 We recently noticed Donald Balius passed away back on April 25, 2009 at age 81. He owned and operated Donald Balius Iron Works in Biloxi Mississippi at the same address for over 50 years until it was destroyed by hurricane Katrina in 2005. A nice obituary is in the Sun Herald (Biloxi-Gulfport MS). We borrowed his photo from there.

I never had the opportunity to meet or visit with Mr. Balius, but I have admired his work for several years. As a propeller guard pioneer, he was predominantly known for the Balius guard.

A great story in the April 17, 1988 Beaver County Times from Biloxi Mississippi announced his invention, and his enthusiasm for the Propguard, which he knew was going to be a very successful product, not only for him, but for his sons (Daryl and Dan). He is already talking about his early retirement (he was 60) soon to be made possible by this “million dollar product.” He foresaw his sons taking on the business in the next eight or nine months. “News of the soon-to-be manufactured device has spread throughout the financial community. Foreign nations and major retail chain stores have expressed interest in invention.” A Calgary, Alberta based brokerage is preparing to issue 9 million shares in Propguard Inc. in two months. His propeller guard passed tests conducted by the U.S. Navy Research and Development Center. His invention grew from a problem 29 years ago when he was shrimping on a friend’s boat and the trawl became caught in the propeller. Over the years he continued to refine his idea. Balius notes that besides protecting humans, protecting drives and propellers, and keeping nets out of propellers, the Propguard also protects Manatees. 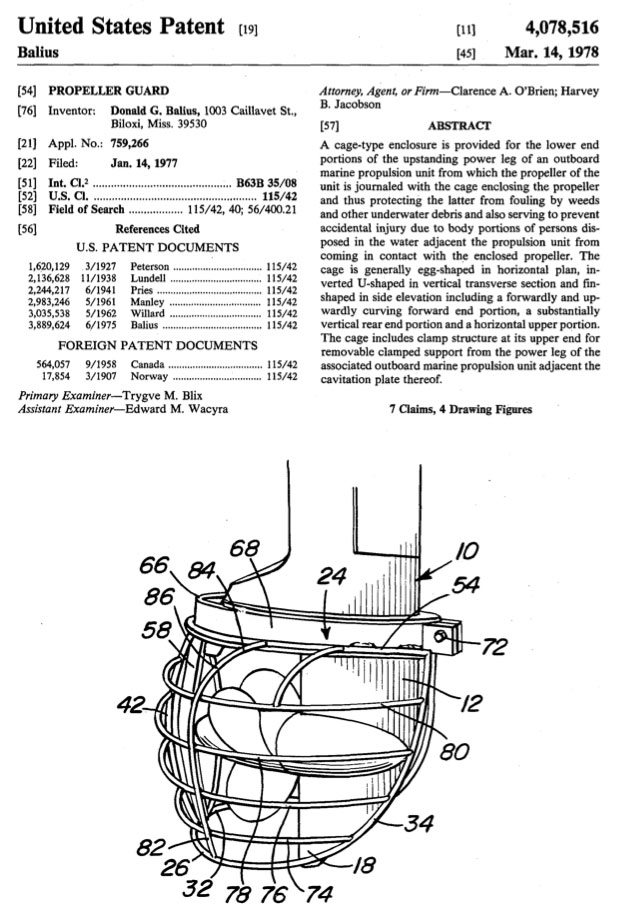 Like many propeller guard inventors he begin full of vigor and enthusiasm, but boating industry not only refused to adopt his product, they openly spoke out against it. Mercury acquired a Balius guard from OMC, did some underwater testing with large custom made sausages and then showed the video to the Coast Guard, the National Boating Safety Advisory Committee Subcommittee on Propeller Guards and others, tainting the image of the Balius guard (See Richard Snyder’s testimony in James Pree v. Brunswick, September 20, 1991 pgs.46-59.). Instead of taking early retirement, Mr. Balius worked another 17 years till he lost his shop to Katrina. 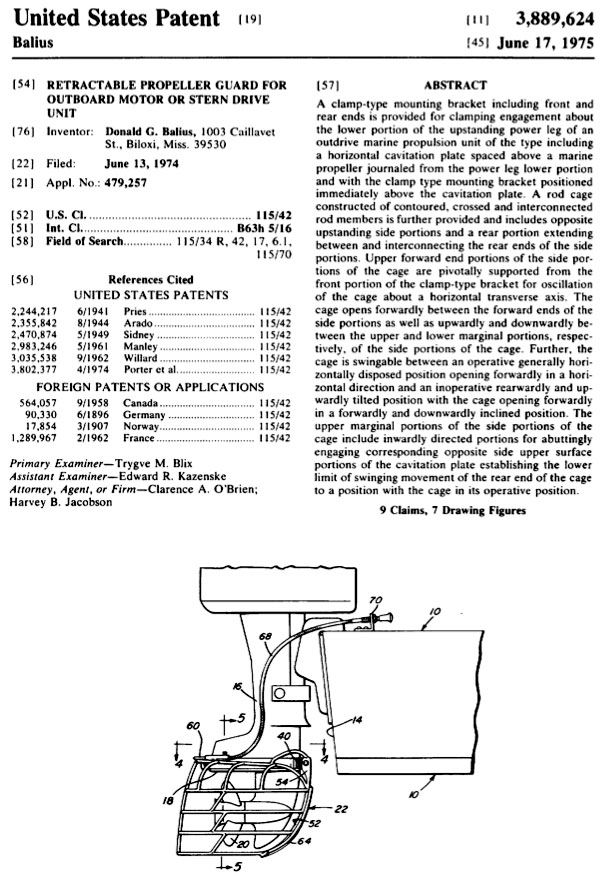 In this patent (3,990,624), Balius is among the first to put forward the idea of retractable or swinging guards (guards that automatically swing up out of the way when underway to reduce drag.). We later promoted a flip-up guard and Guy Taylor brought one of his own to market. I think Balius’s retractable approach still holds a lot of promise for reducing accidents to the rear (backing boats into people while skiing, boarding, or tubing) while minimizing drag when underway. The 3,889,624 Balius retractable guard patent was filed June 13, 1974 and issued June 17, 1975.

I noticed Mr. Balius incorporated his propeller guard business, Donald Balius Safety and Propeller Guard Incorporated in the State of Mississippi on June 3, 1975, just a couple weeks before his first patent issued.

He sounds like a very nice man that loved his family. We especially appreciate the years of his live he devoted to propeller safety and wish his family well.

With the passing of Don Balius (in 2009), Bob Hooper (see Year in Review 2010), and Larry Thibault (in 2011) the ranks of early propeller guard designers, propeller safety advocates, and defenders are thinning fast.