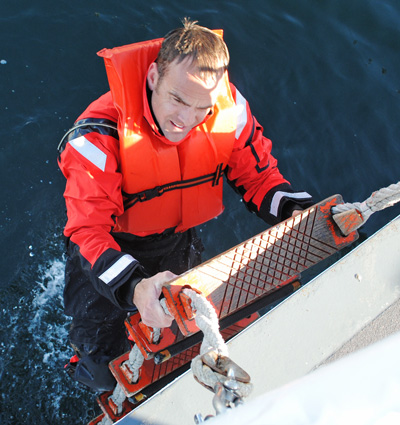 Executive Petty Officer Terrell Horne III, age 34 of Redondo Beach, was second in command on the Halibut, a 87 foot Marina del Rey based Coast Guard Cutter. The Halibut patrols about three hundred miles of southern California coastline and provides security for the Port of Los Angeles and the Port of Long Beach. 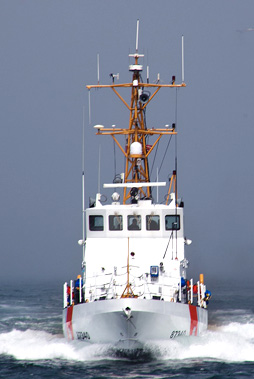 The Halibut found and boarded the recreational boat. Two individuals suspected of smuggling drugs were onboard. They also found several extra containers of fuel, suspected to be used in refueling drug or illegal alien smuggling operations.

The C-130 then reported spotting about a 30 foot panga boat (an outboard powered opened bowed fishing boat) at Smugglers Cove with two men on board and without navigation lights.

The Halibut carries a 21 foot Rigid Inflatable Boat (RIB). The photo below comes from the Halibut’s June 2011 newsletter, the Breakwater. 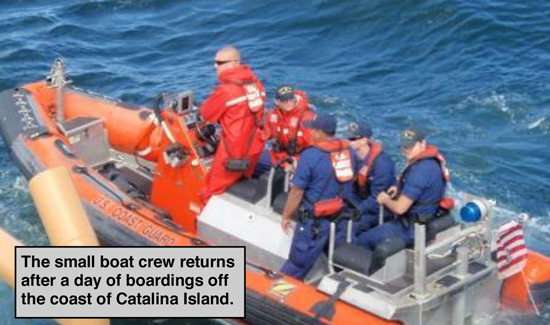 The Halibut launched the 7 meter RIB with four men on board, including BMC Terrell Horne to locate and intercept the panga boat in the dark.

The panga boat hit the throttle and quickly attempted to ram the USCG RIB. The USCG RIB operator tried to steer clear while another officer commenced firing his service revolver at the panga boat. The panga boat rammed the font left corner of the USCG RIB, Terrell Horne and one other crew member were ejected.

BMC Terrell Horne was stuck in the head by a propeller. The other officer in the water received cuts to his knee. In the pandemonium that ensued, the panga boat fled the scene. The two crew members still on board the RIB pulled their two injured crew members from the water and began medical care. They took them to the Halibut which then headed for Port Hueneme. The Port was notified and activated its new joint operations center.

Paramedics met the Halibut at the Port Hueneme pier and Officer Horne was declared dead at 2:21 am.

Back at the scene, the C-130 overhead kept the panga boat in visual contact and was relieved by a USCG H-60 helicopter which assumed the pursuit.

The Coast Guard upped the ante and put a Response Boat Medium (RB-M) in the hunt. RB-M is a 45 foot vessel with a lot more firepower then the small 21 foot RIB, plus its much easier on the crew (small RIBs ride pretty rough in the open ocean). 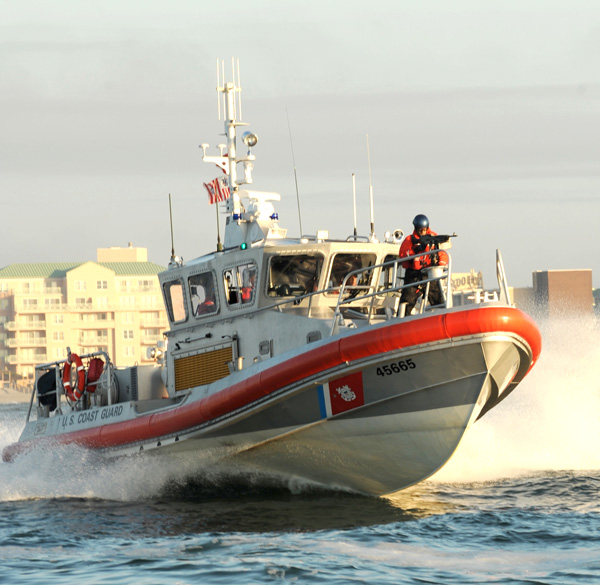 The captain of the panga boat said he was taking gasoline to some friends north of Los Angeles. The other man onboard said he had been approached in Baja California, Mexico and offered $3,000 to carry gasoline to a panga boat off the California coast.

A U.S. Magistrate Judge ordered the two men to be held without bail. They are scheduled to enter a plea at their December 21 arraignment.

Those who worked with Officer Horne describe him as loyal, level headed, as a big brother, as a mentor, and as one who could remain calm in stressful situations.

He joined the Coast Guard at 18 and left behind a young son and an expecting wife.

The death of Officer Horne brings some other military RIB propeller incidents to mind.

We would like to thank the many media outlets and offices that covered the events surrounding the propeller strike of Officer Terrell Horne. We relied upon several of their accounts in assembling this report. Among them are: