Back in February 2010, Oliver Minchin, a 19 year old military cadet at the Australian Defence Force Academy was participating with other cadets in fast water insertion training (jumping in while underway at speed) from a Rigid Inflatable Boat (RIB) on Lake Burrinjuck. Minchin was severely struck by the propeller. His father, a well known senator, stepped down from politics in part to care for his son during his long recovery.

Comcare, Australia’s version of the the United States’ Occupational Safety & Health Administration (OSHA), sued the Defence Force and the Australian Defence Academy for unsafe practices regarding the accident.

Some points of the trial:

The Judge’s full decision is available from the Australian Legal Information Institute.

A February 2012 New South Wales (NSW) Transport Roads and Maritime investigation report previously found a propeller guard should have been fitted on the boat unless there was a compelling reason not to do so. 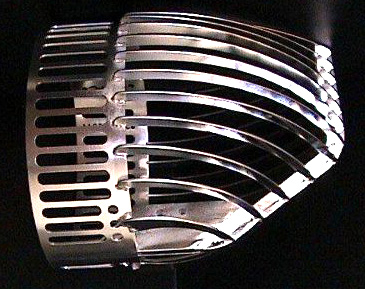 We also found it interesting ADFA (Australian Defence Force Academy) selected the PESA guards used by SLSA (Surf Life Saving Australia). PESA guards use a relatively tight spacing of flattened vanes to reduce drag. The vanes arch from the leading edge of the drive to a slotted ring around the prop. At one time PESA guards were banned from surf lifesaving competitions because they performed too well (had much less drag, thus higher boat speeds than competitors).

SLSA guards used to be qualified with a fixture that looked like a tootsie pop. You just try to jam the ball end of the stick through any hole in the screen. If it goes in, the guard is not acceptable. Compare that test to the current USCG propeller guard protocol still under development that will cost thousands of dollars to run. We encourage the use of practical, easy to administer go-no-go qualification tests when possible.

We encourage the U.S. boating trade media to cover this case