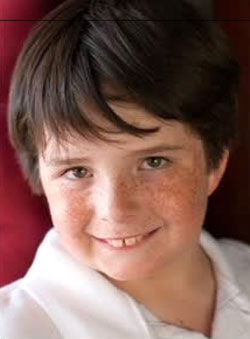 William Feehan, an 11 year old Millington, Tennessee boy, out with his family and some friends in Arkansas on Bull Shoals Lake was riding a tube with two other boys about 12:15 pm Saturday afternoon July 27th.

William, his 15 year-old brother and a 14 year-old son of another man on board were on the tube near Ozark Isle.

Early reports said the William fell from the tube, his dad circled around to pick him up, and accidentally struck him.

Later reports say William’s father was steering the boat in a zig-zag pattern allowing the boys to go from one side of the wake to the other. Matthew Feehan was having some trouble with the steering wheel. Another man on board said the steering was not setup properly. At some point, Matthew turned right, the steering wheel ripped from his grasp and spun, the boat did a quick 180 degree turn, flung those around on board, and struck William.

William was taken by another boat to Bull Shoals Lake Boat Dock and pronounced dead at the scene by the country coroner.

The other man on board expressed thanks that all three boys were not struck.

Authorities say there do not appear to be any boating violations at the time of the accident, and alcohol was not a factor. An investigation is in progress.