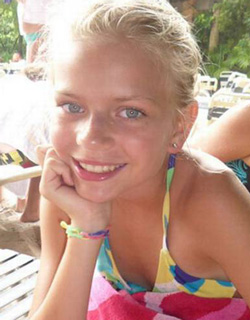 Mari-Simon Cronje, then 11, was attending a birthday party at a water sports club in the UK on September 11, 2010. Princes Club Water Sports Park, Bedfont, Middlesex, UK was a well known water park near London’s Heathrow Airport. She fell from a large towed inflatable banana, was ran over by the towboat, and killed by the propeller.

Mari-Simon was one of about ten girls riding a towed inflatable banana being towed by a ski boat (inboard powered 6.5 meter, 330 horsepower Ski Nautique). The inflatable was designed to be towed at a maximum of 15 miles per hour. 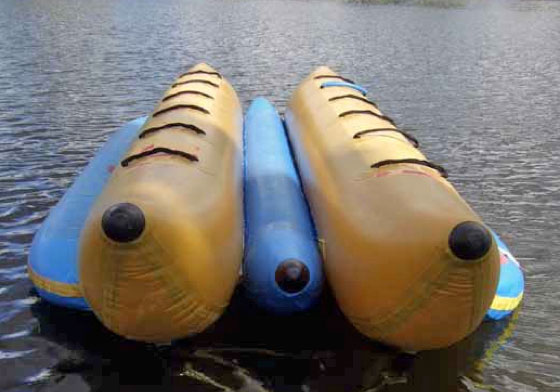 Mari-Simon was wearing a gray helmet that was difficult to see against the lake water. She fell from the inflatable, the boat operator did not see her fall, he continued towing the remaining children on a tight circular route and ran over her, striking her in the legs with the boat’s propeller. Mari-Simon later died in West Middlesex Hospital. Some parents watched the accident unfold from some picnic tables. Two witnesses ran into the water trying to warn the boat operator of the girl being in the water ahead of him.

Born of South African parents, attending private school, living in a very nice home, the pretty, young girl had a great future ahead of her.

MAIB (UK’s Marine Accident Investigation Branch) investigated the accident a published an extensive accident report. MAIB was pretty rough on the sports club with statements like these:

The accident became a group of cases against individuals and the water park. The water park director was cleared of any wrongdoing when Crown Prosecution Services dropped all charges against him.

A charge against the club under the Heath and Safety at Work Act 1974 is still on file.

Southwark Crown Court heard the case against the water park.

Princes Club Water Sports Park pled guilty to corporate manslaughter. The court was told of many safety shortcomings at the park, including not using a spotter in the boat that hit Mari-Simon Cronje, and the boat operator not having any recognized UK qualifications after driving the ski boat for five years.

Princes Club Water Sports Park was fined about 35,000 Pound Sterling by Judge Alistair McCreath. The Judge said he was unable to fine them more than their assets. Prior to the award, the Judge said, “I propose to fine the company every penny that is has.” The fine was first announced on 3News New Zealand (the boat operator was from New Zealand as were several other employees). We later confirmed it in numerous UK news outlets, including the Daily Mirror.

Someone asked me for our thoughts shortly prior to the award. An edited version of my response is below:

I am reasonably familiar with the Mari-Simon Cronje accident at Princes Club.

Below are some off the cuff thoughts without reviewing the MAIB report or dozens of other records laying around here.

It seems like the prevention possibilities fall into four categories

My understanding is the vessel was an inboard ski boat with the propeller up under the boat. Those are typically seen as a step up in propeller safety from an outboard or stern drive boat. Many think ski boats are very propeller safe for recreational boat use.

While most might see ski boats as being safe “as is” for recreational use, the constant use with a constant influx of new kids in a theme park is a different situation.

1. Propulsion Type – some might suggest water jets or pump jets but they come with their own set of problems (jetting water into body cavities), plus may not be great at towing heavier loads. A cable ski park setup towing them (towed by overhead cables) might be possible. Note – Princes Club already has a cable ski area on site.

Guards – some people use strakes (wedges) in front of inboard props to force you down below the prop. Yamaha UK was strongly pushing a guard for flood rescue outboards last year they said had a lot of promise – but it was not designed for inboards (no thru shaft exhaust). Propeller Solutions in the UK makes the guards Yamaha had. They might have some inboard prop guard ideas. See their work at http://PropDeflector.co.uk and

NorCross Marine Products Skier Alert SP – when skier or tuber falls, a PFD wearable pendant signals the base station on the boat to sound an alarm to minimize time at risk in the water. You can buy them on Amazon.

Safety Propellers – at least three groups are working on safety propellers (supposed to be safer if you are struck by them in some conditions). We had heard that one of those firms was going to be making an announcement at METS a big boat show this month of them actually coming to market next year.
http://boatsafety.co.za/default.php?id=2

Ring propellers – RingProp and others have said ringged propellers are safer. We are not aware of any on the market at this time.

3. Increased Visibility – we posted considerable information on visibility issues following a major accident here several months ago in an effort to get some college students working in this field.
https://www.propellersafety.com/7968/research-projects/visibility-of-water-skiers-wake-board-tubes-donuts-design-project/

4. Behavior / training – on public lakes you are at risk to the actions and behaviors of others but on a corporate lake you have a tremendous opportunity to train your employees (they will be the only ones operating boats out there) and to train your guests (they will be the only other people out there). For example strongly enforcing the use of a spotter appears to have been a missed opportunity that might have prevented this accident.