Divers Alert Network (DAN) Europe is known for launching a long running propeller injury awareness program for divers in 2004. That campaign was relaunched in July 2013 for 2013-2014 as “Watch Out! Propellers Can Kill!”

DAN Europe notes several divers have been killed or seriously injured by propellers. They believe many diver propeller accidents can be prevented by using good seamanship and divers obeying some basic rules.

DAN’s safety campaign is supported by the poster and sticker below which is available in several European languages: 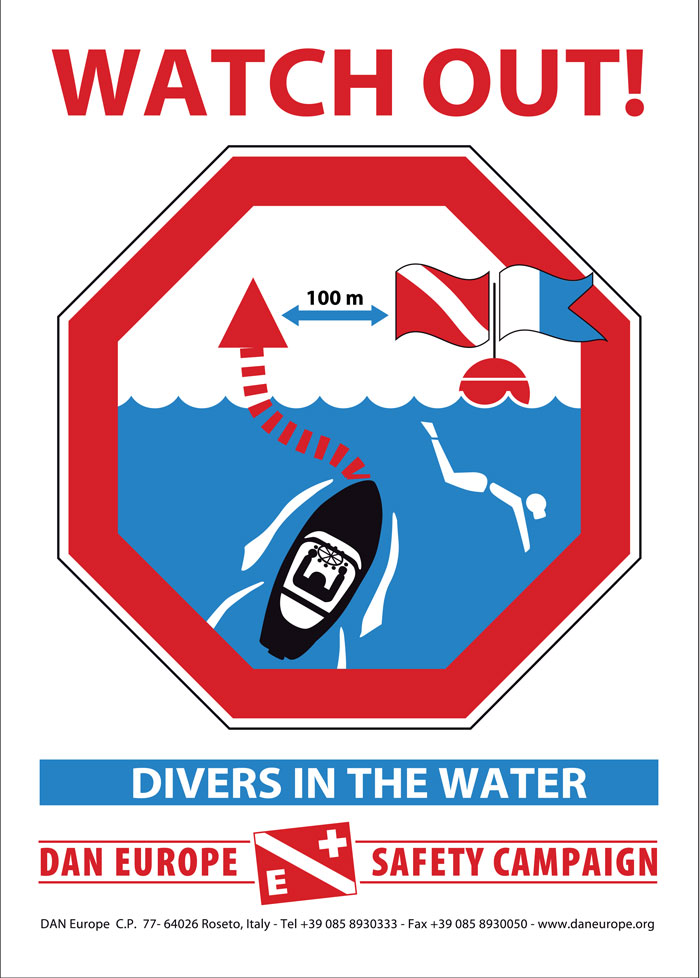 We would like to thank DAN Europe for continuing their diving propeller safety campaign. For more information, see DAN Propeller Injury Prevention Campaign.