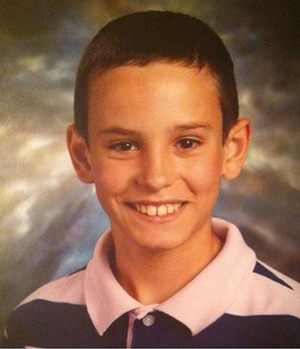 Drew Barefield, a 12 year old boy from Crestview Florida, was snorkeling in Choctawhatchee Bay while his dad was net casting for mullet nearby on Saturday evening 28 June 2014 about 7:40 pm. They were in an area of bay near Villa Tasso between Niceville and Freeport known for being shallow for about a quarter of a mile offshore.

Drew was a little further offshore than his dad when he was struck by a westbound passing boat. The boat is described as being light colored with a black motor (in the boating world that does not narrow down things very much). The boat continued on. Authorities are not certain if it was a hit-and-run or if the boaters were unaware they struck a snorkeler. The boat operator was still being sought Monday evening June 30th.

When authorities arrived on the scene, Trey Barefield, Drew’s father, was holding him in the back of a pickup truck. Drew was life life flighted to an unnamed hospital in Pensacola, Florida where he remained in critical condition.

The Barefield family is described as being close knit and active members of the Emmanuel Baptist Church in Crestview. Drew helped his dad sell concessions at high school football games to raise funds for the school, Drew’s sister is a member of the Crestview High School Marching Band.

FWCC continues to investigate the accident and hopes to find the casting net Trey Barefield was using to better locate the position of the accident. FWCC also notes the tide was out at the time of the accident, even further extending the distance one can walk out into this shallow part of the Bay from shore.

FWCC reports there is a slightly deeper trough of water between shore and a sandbar. They think the boat may have been running in that trough toward the Mid-Bay Bridge.

Emmanuel Baptist Church is spearheading the early fundraising efforts for Drew and his family. They encourage those sending cards and notes of encouragement to drop them by the church in Crestview. Prepaid Visa gift cards and cash donations are preferred vs. supplies or flowers. The family is currently staying at a Ronald McDonald house in Pensacola.

A donation account has also been established at BBVA Compass Bank in Crestview. 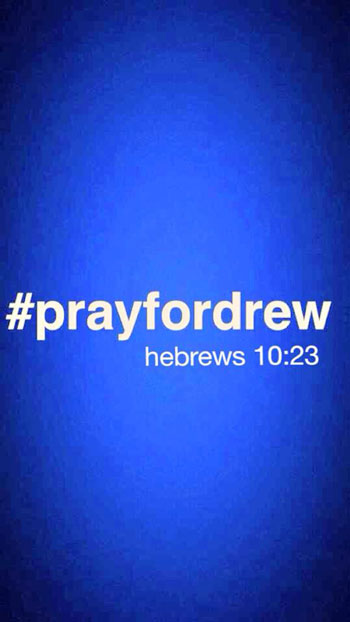 A Pray for Drew Facebook site mentions some other fund raising efforts in the works, and encourages everybody to pray for Drew as he is currently especially having trouble with his kidneys.

We see a Box Camp Bod for Barefield Brunch fundraiser is planned for July 4th. See the Prayers for Drew facebook site for details. (about all I can determine is it may have something to do with fitness or running)

PropellerSafety.com wishes this young boy and his family the best recovery possible.

Another Boy Injured at the Same Time in Canada

About the same time Drew Barefield was struck by a propeller in Florida, another young boy, Miles Wohlford, was critically injured by a boat propeller in western Canada. The two families, friends, and communities responded similarly trying to help in every way possible, holding fundraisers, and praying for the boys. Miles died late July 4th. Both families continue to need our prayers.

1 July 2014 – Officials report confiscating a boat yesterday (Monday 20 June) that may be connected to the accident.

2 July 2014 – the mask and snorkle Drew was wearing were found 125 to 150 feet offshore. Authorities said they had hoped to find the weighted casting net his father had been using at it would have been less likely to drift than the mask and snorkel. They suspect the weighted net was retrieved by someone since the accident as they cannot find it. The community is responding with several fundraisers and Pray for Drew is being displayed on the outdoor sign text boards of some of the local McDonald’s franchises. T-shirts are being printed for sale to help raise funds.

5 July 2014 – Drew’s body continues to fight the infection, he is on continuous dialysis, and doing well tonight per a family post on Prayers for Drew.

18 July 2014 – Local McDonalds is holding a McDrew day on Monday July 21st. Twenty percent of proceeds of sales from 4 pm to 8 pm will will donated to Drew’s fund. Several area businesses, churches, and individuals are assisting with and promoting the McDonald’s event. Other upcoming fundraisers include: a bake sale on July 19th from 8 to noon, and on July 26th the local Chill (a yogurt place) will donate 20 percent of their proceeds from 11am to 10 pm to Drew. Many report the recent blood drive was a big success as well.