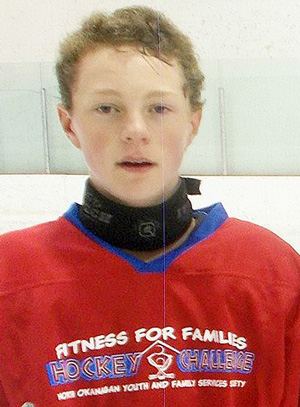 About 6pm Saturday 28 June 2014, a group of friends were tubing on Okanagan Lake near Vernon, British Columbia, Canada. Miles Wohlford, 14 of Vernon B.C., fell from the tube, the boat swung around to pick him up, and he was struck by the propeller.

The boat was being operated by a 49 year old woman.

Alcohol was not a factor in the accident per RCMP. Police as asking anyone who may have witnessed the accident to contact them.

Friends of the family quickly began a fundraising campaign as Miles’s family would soon be facing large medical expenses, as many prayed for him in the hospital.

Donation locations were established at Vantage One Credit Union, and FundRaz.com: Miracles for Miles.

His parents decided not to talk to the media and focus all their attention on Mile’s and his recovery.

About a month ago, Miles helped raise a few hundred dollars and participated in the “North Okanagan Youth and Family Services Society’s Fitness for Families Hockey Challenge”. Now, friends, family, and community rallied for him as he fought for his life. 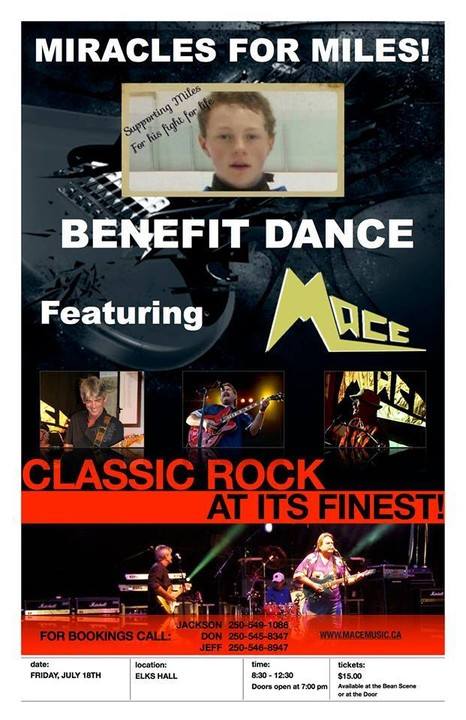 A hot dog fund raiser along with draws and a raffle at The Sports Store were planned for Saturday July 5th.

Family events are planned for July 18th, ending with a dance, 50/50 draw, and a silent auction of the Elks Hall.

On July 4th, Miles Wohlford’s mother, Randi Lund, responded on social media saying her son was receiving good medical care, and thanked the community. She also said they were “feeling the love, prayers, and support from the people in our community and all across Canada.”

On July 5th, it was reported that Miles had died at 8:52 pm Friday July 4, 2014 after his family elected to take him off life support. His family hopes his organs can be harvested inline with Miles wishes to be an organ donor.

We are not sure if the scheduled fund raisers, or future fundraisers will proceed on not, given Miles passing. We fill post announcements concerning them as they are released.

We could not help but compare this young boy’s situation to that of Drew Barefield, 12 of Florida, struck by a boat propeller the same evening Miles was struck. Drew similarly arrived at a Florida hospital in critical condition with several life threatening propeller wounds. His family is also standing back from the media a ways, but Drew has been having a least a few positive changes in his medical updates being posted by the family, albeit some setbacks as well. Drew’s community is similarly rapidly scheduling fundraisers, created a Facebook page, and taking advantage of online fundraising as his community responds to the need.

Our hearts and prayers go out to both these families.

5 July 2014 – Kelowana Daily Courier reports about 100 people attended the hotdog, 50/50, raffle fundraiser at The Sports Store in Vernon on Saturday July 5th. The event raised over $5,000 plus the store contributed another $1,000. Miles’ supporters hope the online fund raising efforts will raise another $15,000. The July 18th dance and silent auction planned for the Elks Lodge before his death will go ahead as planned.