This is part of our advance coverage of the 2016 Bassmaster Classic fishing tournament to be held on Oklahoma’s Grand Lake.

With the tournament coming back to Grand Lake (was here in 2013) we decided to take an early look at the facilities layout back in May 2015. I arrived on site at Wolf Creek Ramp on Grand Lake the morning of 4 May 2015. It was a very nice day. I hope the weather is this nice come tournament time (early March 2016).

I grew up about 30 miles from Wolf Creek Ramp. Many of my ancestors lived where the lake now is a far back as the Civil War.

Wolf Creek Park regularly hosts bass tournaments and has has wonderful facilities for doing so. Several agencies and Grand River Dam Authority planned significant facility upgrades in advance of the tournament. Most of those upgrades have been completed, but Grand Lake was flooded in late December 2015 and crews are still cleaning up in the aftermath.

The base of the boat ramps was sandbagged to prevent erosion during the flooding.

The park has a large nice parking lot nearby the ramps. 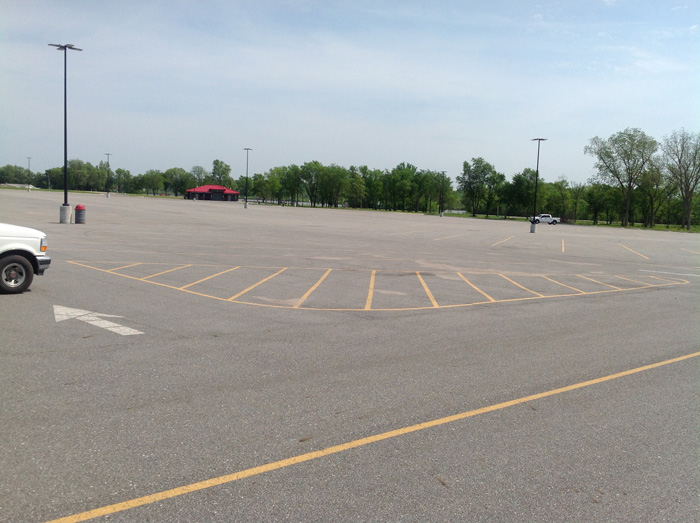 In the distance you can see a nice building (red roof) containing restrooms.

They have a nice building containing large spacious restrooms within walking distance of the boat ramps. The photo below was actually taken in September 2015 as it came out much better than some I shot in May. 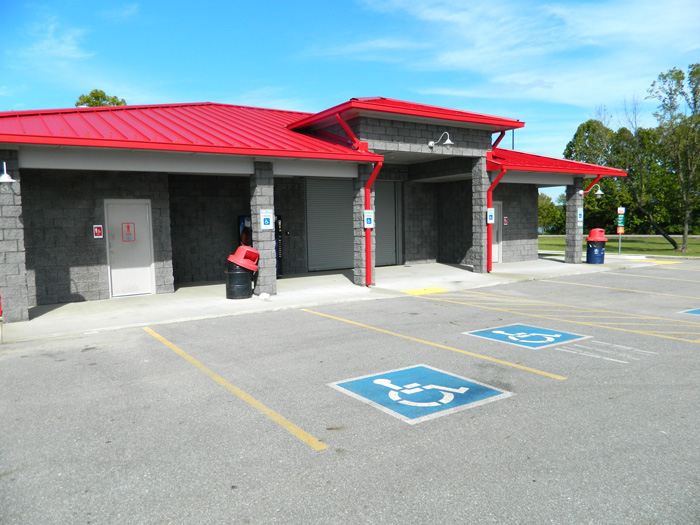 As you walk on down past the restroom building you enter the area with some trailer parking near the ramps. The trailer parking was left open to allow staging for rapidly launching in advance of a tournament I observed in September 2015. A much larger area for parking trailers is nearby.

Below is the dock most often shown representing Wolf Creek boat ramp. It splits into two moderate length and runs out into the lake. Locally it is known as the “Tuning Fork” dock (looks like a piano tuning fork from the air). 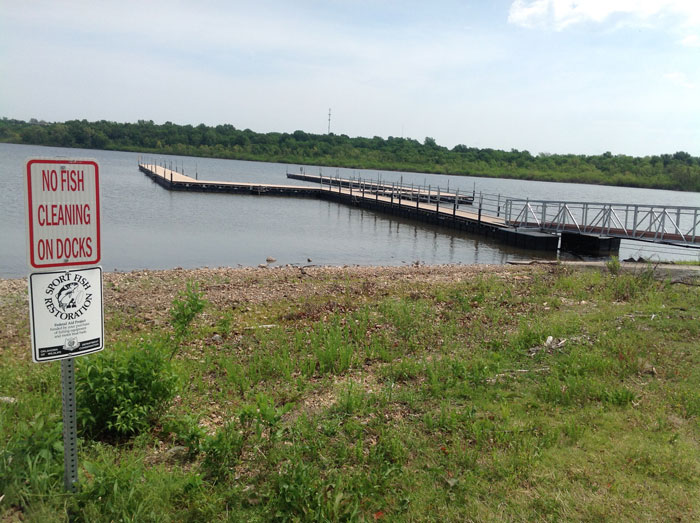 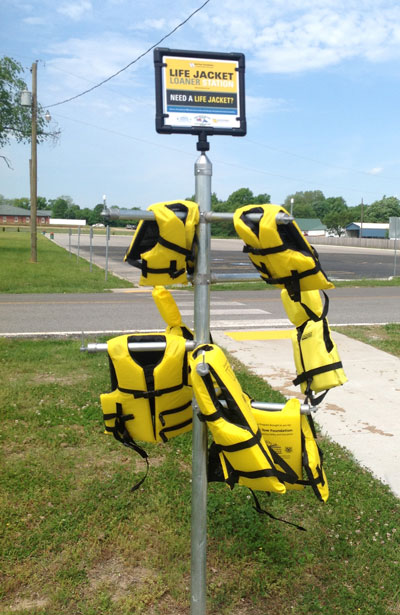 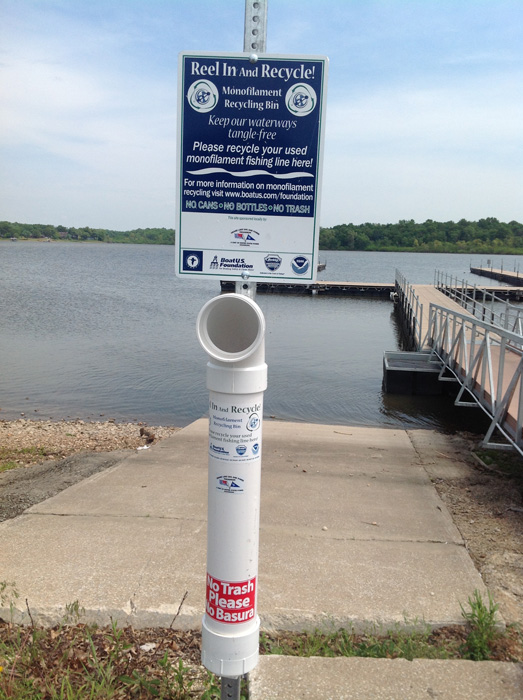 Wolf Creek Park has nice weigh in facilities for smaller bass tournaments. They even have cement tank to keep the fish in. 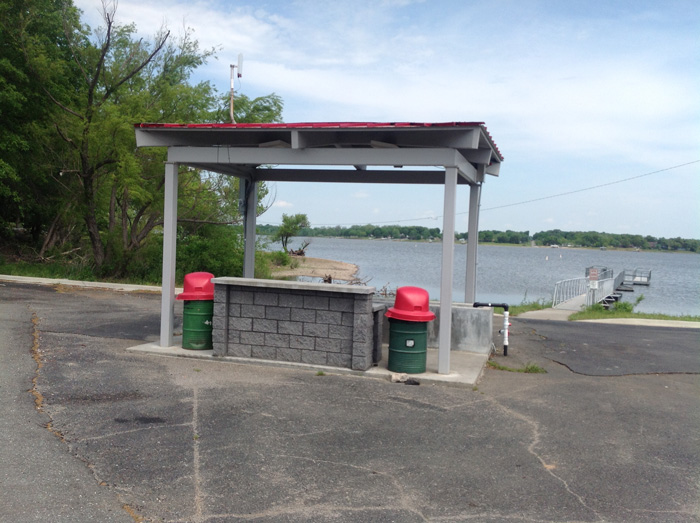 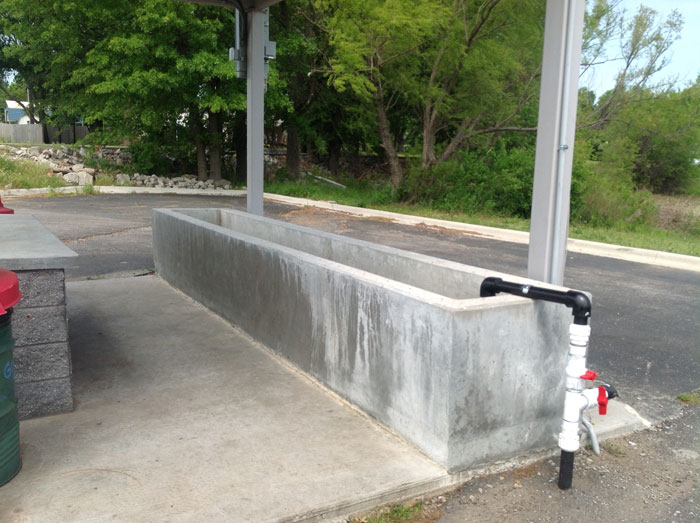 I am a firm believer in Restrooms being a thermometer of the condition of a park. On my September 2015 visit to Wolf Creek ramp I happened to be the only one in the men’s restroom so I snapped the photo below. I dare you to compare that with most lake park restrooms. This is a place we can be proud of. 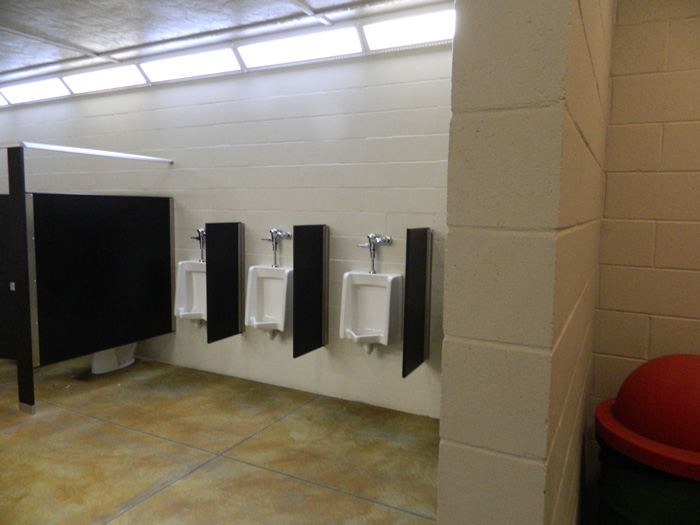 We borrowed a December 15, 2015 aerial photo from Wolf Creek Park’s FaceBook page showing some paving improvements near the ramps before the flood. 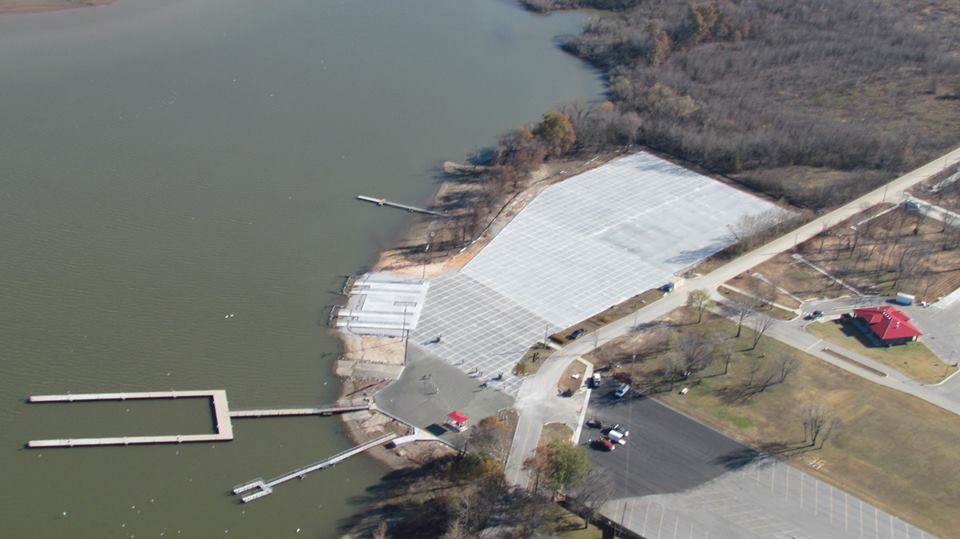 Other recent facility updates include:

Its great to see our state pulling together to make improvements in advance of the tournament during challenging economic times (our state economy is heavily dependent on oil money).

We cover a large bass tournament at Wolf Creek boat ramp in September 2015 in our next post.