As a well liked young man, serving in law enforcement, leaving behind a wife and four young children, there has been a tremendous outpouring of compassion and support from the community and from the law enforcement community around the country.

His funeral will be at the Anderson Civic Center at 1 pm today (Tuesday 6 June 2017).

Anderson Independent Mail published a great article on the upcoming funeral. Most points below have been gleaned from that article.

South Carolina Governor Henry McMaster spoke in Anderson yesterday (Monday) and ordered flags across South Carolina to half mast on Tuesday in honor of Deputy Hodges.

Officer Hodge’s patrol car was parked at the Sheriff’s Office and covered with a tent as a memorial. Hundreds have placed flowers and objects there, including his wife and his young children. 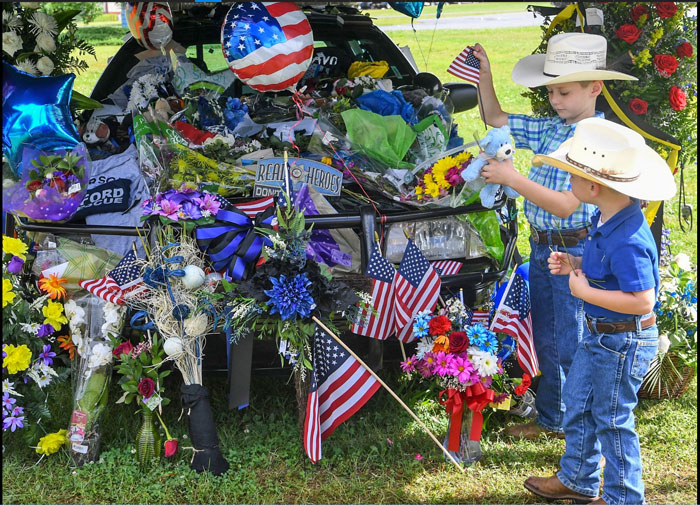 After the funeral, a procession will carry his body to a community known as Hodges in Greenwood County, about 39 miles away. Members of the public have been encouraged to line the roadway.

Independent Mail reports over 200,000 people from around the world have contacted the Sheriff’s Office with their condolences.

Officers from the northern part of the State will be handling Anderson’s deputies shifts on Tuesday, allowing local officers to attend the funeral. Laurens County officials will man Anderson County’s 911 dispatch system.

Below are two photos from his funeral as taken by Independent Mail. The casket was taken the approximately two miles from the funeral home to the Anderson Civic Center by horse drawn carriage. 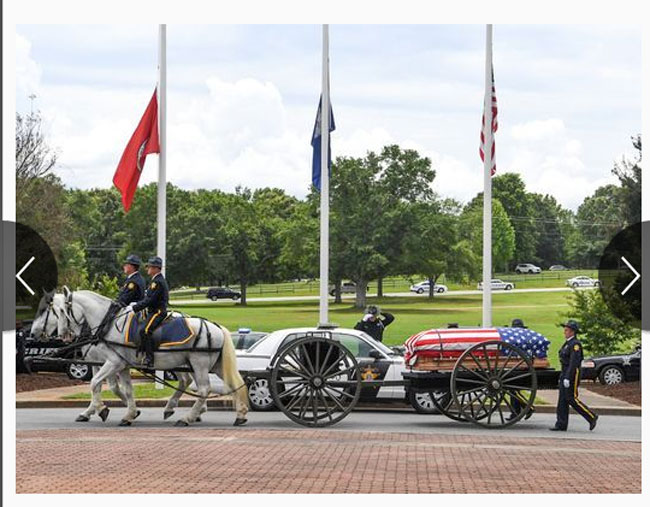 Note the flags at half mast in the background in the image above. 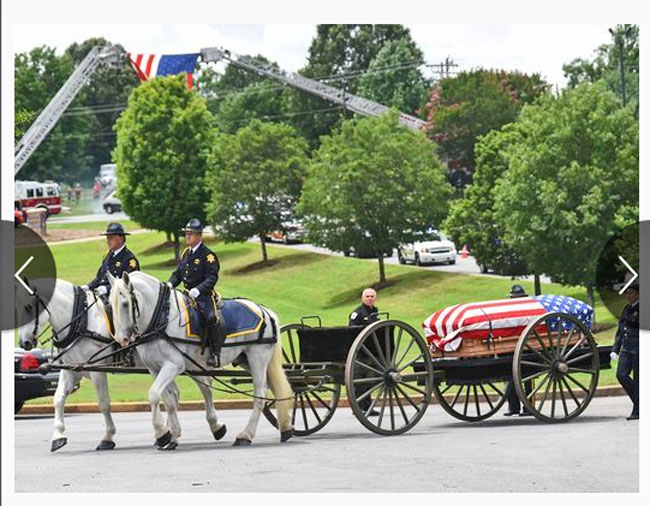 Note the large American flag suspended from two fire truck ladder trucks high over the roadway in the background. Those in the funeral procession from the Civic Center to the grave site will pass under that flag.

Special thanks to the Independent Mail and WSPA for their extensive coverage of events surrounding Deputy Devin Hodges death, a period of mourning, and his funeral. Thanks to the many other outlets that covered these events as well.