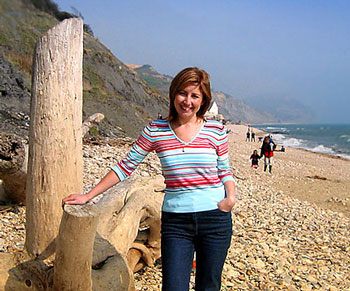 “Inside Out South West” on BBC aired about a ten minute investigative report on boat kill cord safety in the UK on Monday evening September 30, 2013.

If you have not yet seen the video, details for viewing it through approximately Monday October 6th are on our announcement of the broadcast. If you are still unable to view the video, BBC did share about two minutes of the ten minute video at Call for Compulsory Speedboat Safety Cords. They also made that two minute clip available on YouTube, but it was later removed.

Most of the ten minute show focused on the issue of making the wearing of boat kill-cords mandatory and if the industry and regulatory groups were doing enough to make boaters safe.

Samantha “Sam” Smith, a nice, bubbly female reporter / presenter that can get serious when she needs to, leads viewers through BBC’s findings.

Others on the show or mentioned included: 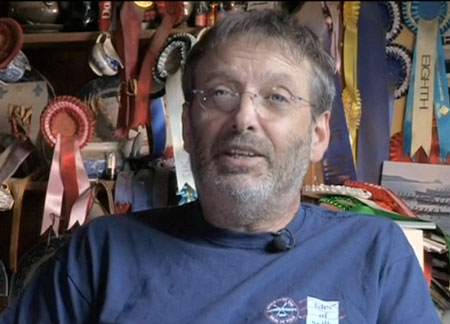 Heddon Johnson’s son Tristan was killed in a kill-cord preventable boating accident during a boating demonstration at the 2000 Southampton Boat show. Everybody was ejected and he was struck by the propeller of the circling unmanned boat. Since then, Heddon has spoken out many times for mandatory use of boat kill cords / safety lanyards.

Heddon was re-energized by the May 5, 2013 accident at Padstow Harbor that killed Nicholas Milligan and his 8 year old daughter, Emily. (The show did not mention it, but Mrs. Milligan lost a leg, and a son was also critically injured by the propeller). BBC did include photos on Nicholas Milligan, of his family, and a brief video of his boat circling taken by a person onshore.

Heddon said seeing that circling boat, reminded him of his son’s accident.

Heddon went for a ride with a Harbor Patrol to survey how many people were using kill cords. Over half the boats they encountered were not. As they visited with boaters, some said they did not wear them at or near harbor because they needed to move about the boat.

During the actual moments BBC was out shooting video of Heddon out with the Harbor Patrol, a speedboat went out of control in Scotland injuring the operator in a kill-cord preventable accident.

Officials estimate there are about 2 kill cord accidents in the UK per year, but suspect those not resulting in injury or death are not reported.

Heddon Johnson said his son’s accident was right in front of the industry at a major boat show 13 years ago and there is still no change. He went on to say:

“Education has failed. Now is the time for the Law to backup the wearing of kill-cords.” 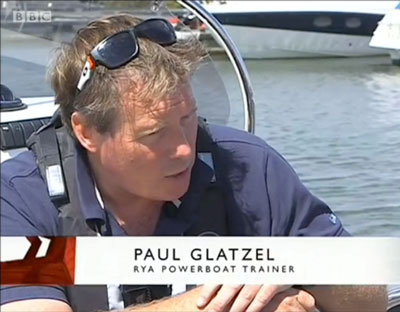 Paul Glatzel of the RYA

Paul Glatzel a RYA powerboat trainer, and author of the RYA Powerboat Training Handbook, spoke out firmly in opposition to the mandatory wearing of boat kill cords. He says the industry should not have a knee jerk reaction to the Padstow accident. He also said they should get a since of how many accidents there are before they take action. Sam Smith pressed him about how it could be knee jerk reaction when Heddon’s son was killed 13 years ago.

BBC noted that RYA teaches that kill cords should be attached anytime the engine is running, but still objects to mandatory wear.

Paul Glatzel said the existing system (kill-cord) is simple, has been around for decades, and it works very, very well. Sam said it only works when it is used.

Paul Glatzel said everybody wants wear rates to instantly increase, but that just does not happen.

James Hobard, a powerboat expert, shared some ideas and helped demonstrate a wireless Coast Key device from Norway. You wear the small keychain fob sized device, the boat detects when the operator is too far away, and automatically kills the engine. This device allows freedom to move around the boat while still in communication with the helm.

Paul Glatzel of RYA said wireless kill cords are just a red herring, they are a distraction from RYA’s campaign to get more people wearing conventional kill cords.

The documentary closed with Heddon Johnson talking about his online petition to require the mandatory use of kill-cords and his belief that action will eventually be taken. Heddon Johnson said they may act after he is gone, but they will act.

Paul Glatzel of RYA responded to his BBC interview in a 1 October 2013 post on RIB.net in which he takes me on a little for commenting on him thinking wireless lanyards are a red herring with:

I am disappointed that Gary/PGIC on his website has decided to assert (with nothing from the interview to support the assertion) – that I believe ““Get lost innovators, new boating safety products are a distraction.” Frankly PGIC if you want to know what I think ask me do not seek to hypothesise on my behalf.

after which he goes on to say why he thinks wireless lanyards will never work. He thinks people will forget to wear them too. They will just leave them hanging on the boat somewhere such as on the steering wheel or throttle, or they will forget to transfer it to the next operator when someone else takes over for a while.

While he makes some valid points, there are points that could be made the other way as well.

We do thank him for responding to the broadcast and explaining why he thinks wireless lanyards are a red herring.

Industry officials say there are about two kill cord preventable accidents per year in the UK. Royal Yachting Association (RYA) said the spectrum of accidents needs to be studied.

There is no requirement for reporting boating accidents of any kind in the UK. Below is a quote from MAIB’s website today (1 October 2013):

“The MAIB welcomes the voluntary reporting of accidents to or on pleasure craft used only for recreation purposes and not for commercial gain, but there is no statutory requirement for this.”

On the video, BBC said non-fatal and non-injury accident might not be reported, but according to MAIB there is no requirement to report fatal or injury recreational boat accidents either.

In the U.S. we may argue about under reporting, but in the UK they don’t report at all. They have no idea how many kill cord accidents there are. They do not even collect media reports like PGIC does. We published a History of Boat Kill-Cords and Propeller Safety in the UK earlier this year that includes several kill cord preventable accidents in it. We also published an Interactive History of Boat Kill Cords in the UK. But with no requirement to report accidents, its extremely difficult to estimate accident counts.

Researchers in the U.S. trying to estimate the number of unreported boating accidents often turn to hospital data. They use the data from specific hospitals, from groups of hospitals, from national databases that sample hospitals, from doctors treating patients in a certain area, death databases, etc. Researchers then compare those counts to counts in the U.S. Coast Guard’s Boating Accident Report Database. One of these under reporting studies was released by the Coast Guard in June 2013 for public comment.

We see no examples of similar boat accident studies of hospital data or related databases being conducted in the UK beyond the study below we cited in our public comments on the recent U.S. Coast Guard study of under reporting of accidents:

The study begins to lay the groundwork for some similar efforts in the UK.

Just like in the U.S., the industry (RYA) says we need better data before we make a decision (and has been saying that here since the 1970’s).

We strongly encourage the UK to create and maintain a boating accident report database of the nature of U.S. Coast Guard BARD, and to work with the other groups identified as having boat accident data in the “UK Water-related Incident Database Gap Analysis” paper above.

In addition to the CoastKey device shown in the video, we see Autotether and MariTech’s Virtual Lifeline performing similar duties her in the U.S.. CoastKey does have some more functions (start, stop, trim), but he the U.S. units are more basic and more economical (cheaper).

We were a bit surprised by that Paul Glatzel quote. While we are aware we do not always see things the same way RYA does, that comment was more than a little startling. We would have anticipated something more like, We have not tested them, they have not been proven in the field by us, etc, but we look forward to continuing innovation in boating safety.

Originally we interpreted his comments as being anti-innovators / anti-boating safety innovation, however in a response to our comments he posted on RIB.net, he said he thinks wireless lanyards will never work. He thinks people will forget to wear them just like they forget to wear kill cords. Boat operators will just leave them hanging on the boat somewhere such as on the steering wheel or throttle, or they will forget to transfer it to the next operator when someone else takes over for a while.

We thank Paul Glatzel for clearing up that issue.

Our Position on the Kill-Cord Issue

Lest we be accused of speaking for mandatory wearing of kill-cords, please note we have been and remain on the sidelines on this issue. However we do encourage all boat operators to use kill-cords or similar wireless devices whenever possible.

Circle of Death and the First Pass

BBC did not explain why unmanned boats under way often begin circling and may repeatedly run over victims in the water, but they did show the amateur video of the boat still circling in the Padstow accident. We cover some of the “why”, show some video of unmanned boats circling, and present some inventions to prevent such circling on our Circle of Death Invention page.

Propeller Solutions, a UK firm, has developed a propeller deflector / propeller guard specifically for this purpose. They call it the PropDeflector. It also provides protection in those instances in which you may forget to attach the kill cord or have temporarily unhooked to wander around the boat.

When we became aware of the BBC broadcast, we quickly posted a note on Ribnet, a well known Rigid Inflatable Boat (RIB) forum with very strong ties to the UK. The thread we began there has since accumulated several comments from others who have seen the broadcast. Those comments can be viewed at BBC Boat Kill Cord Program on Tonight.

We thought the show was very well done. Sam Smith did an exceptional job. She asked RYA’s Paul Glatzel the tough questions while still remaining civil.

Everybody came across pretty well on the documentary. Heddon Johnson did a good job of not being to aggressive, fanatical, or emotional. That is very hard to do.

We also thank Paul Glatzel of the RYA for appearing on the film and sharing their views. He did a great job of keeping his cool while facing some tough questions.

Plus we especially thank BBC for alerting me the documentary was about to be shown so we could alert several other people around the world.

Thank you BBC for a job well done.