While bass boat operators have been being ejected /thrown out when underway in open water for decades, recent trends are contributing to the growing list of those ejected. Among these trends include: 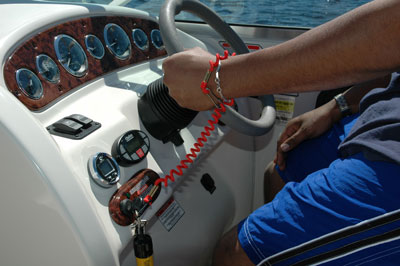 We suspect bass boat operators are being ejected more frequently now than in the past, but are unable to quickly confirm that from the U.S. Coast Guard Boating Accident Report Database (BARD).

We started assembling a list of bass boat accidents in which the operator was ejected overboard / thrown out in open water while underway. Below the list we explain how it was compiled.

The list of Bass Boat Operators Ejected / Thrown Out While Underway in Open Water is a large pdf poster best viewed on a very large computer monitor or printed off at a copy shop. We included a few accidents in which the boat operator was tossed to the passenger side while wearing a lanyard, but the lanyard did not work. We also included a few involving boats made by major bass boat companies that may not be traditional bass boats. 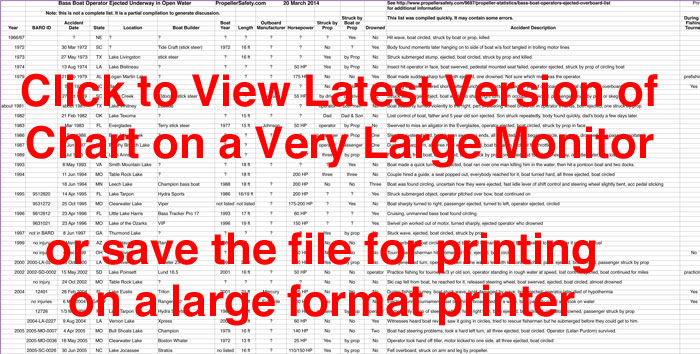 As might be expected, many of the ejections occur during turns (sharp turns, automatically generated turns, steering system failures, etc).

A quick look at the chart above shows a long list of bass boat builders including the early stick steer units (like Tide Craft and Eldocraft) plus the more modern builders BassCat, Bass Hawk, Bass Tracker, Champion, Cobra, Hydra-Sport, Lund, Ranger, Skeeter, Starcraft, Stratos, Triton, Viper, and others. Some of these companies are no longer in existence, while other have traded owners (multiple times in some instances) over the years.

Wear rates of kill switch lanyards, virtual lanyards, and similar devices that stop the engine and prevent the boat from circling after the operator is ejected appear to be quite low. We were surprised to find some ejected bass boat operators not wearing lanyards in bass fishing tournaments (many tournaments require the use of certain safety measures).

Details are not available on several of the accidents. The bass boats were found circling or out of gas with the throttle at full throttle and that is about all the info available, bodies were recovered then or later.

What Does Bass Boat Operators Being Ejected Have to do With Boat Propeller Safety?

A quick look down the “Struck by Prop” column shows one or more people being being struck by the propeller perhaps 35 to 50 percent of the time (we have not yet added them up yet). Many of these accidents were able to be identified because they were propeller strikes (because injuries and fatalities are supposed to be reported to BARD, and the media mostly reports injury and fatality accidents). It is hard to make a true estimate of the percentage of operators ejected that are struck by propellers from the available data, but it is obvious the risk is high, even in boats that do not go into the Circle of Death (unmanned boat circles, repeatedly striking those in the water).

The way we see it, once an operator, or operator and passenger(s), go overboard, its basically a roll of the dice it they get struck or not (left up to probabilities). Some could be struck immediately as the stern sweeps over them, others will be struck as the boat repeatedly circles (if the kill switch and/or other safety devices are not in use). We note that at bass boat speeds, many who hit the water tend to skip along the surface a ways. They are not immediately submerged where they could be struck at the moment they exit. Whatever happens, some of those in the water will be struck and others will not. Some ways to reduce risks are discussed later on this page.

In bass boat Circle of Death situations, the odds of being struck by the propeller are tied to:

What About Those Not Struck by Propellers?

Several people ejected from bass boat have drowned, mostly those not wearing life jackets. We theorize they drowned because they were knocked out, seriously injured by hitting water at speed, could not swim, were struck by the circling boat, or could not re-enter the boat. This provides an opportunity for propeller safety devices to save some of these lives not directly related to propeller strikes. Lanyard kill switches, wireless lanyards, and foot operated throttles with toe clips can stop the boat from circling or slow it down. The boat stays nearby giving those ejected an opportunity to reenter, and does not repeatedly run over them.

We limited newspaper “finds” to well known bass boat manufacturers OR to boats identified as a “bass boat” by the media. We tried to exclude the very short (13 foot and under bass boats like the Sea Nymph) and some of the smaller tiller steered bass boats.

We began the search with the 2008 BARD data because it is the first year for which redacted narratives (verbal descriptions less private information) of the accidents are available in Public BARD.

This process is fraught with several challenges, many of which were described in our January 2014 post titled, Challenges of Identifying Similar Boat Accidents of Types Not Classified by USCG’s BARD.

As a result of those challenges, trends cannot be directly inferred from the data.

The process we used is provided below:

Identify Accidents by Builders Whose Name Starts With “Bass”

Then repeat the above process for each annual Public BARD database from 2008 to present.

2015 Public BARD will probably not be available till late Spring early Summer 2016.

We briefly looked at some techniques and “special stuff” we have in an attempt to use BARD to sort out boat operators ejected from bass boats prior to 2008, but that is very challenging. It takes much more work per “find” than 2008 to present, plus the accidents identified are often still not totally verified as the operator being ejected.

We were able to use 1995 to 2007 media reports of bass boat operators being thrown out / ejected overboard and match them up with their BARD reports in several instances.

If you are aware of any bass boat operators ejected overboard while underway in open water not listed above, please send us the info using the “Contact Us” tab on the top menu and we will list them. 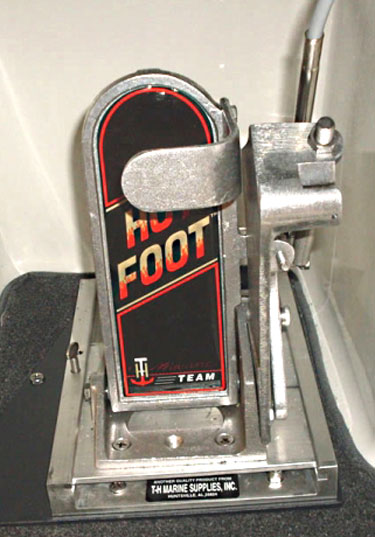 As always, we welcome your comments. Please note – we are not attacking the use of high horsepower bass boats at speed. We are just creating a place to log these accidents to increase awareness of the hazard and to encourage: