This post is a continuation of Part 1 of our post on federal preemption of Ryan’s Law, a law requiring propeller guards on vessels involved in instructing children under 18 years old. 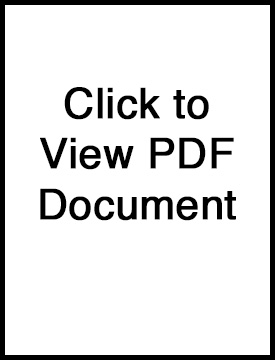 In part 1 we reviewed the excepts from NBSAC100 minutes in the PDF document at right.

This post will refute NBSAC’s statements that Ryan’s Law is not valid due to federal preemption.

Please note I am not a lawyer AND not a government regulator. However, the document cited will be authoritative, and crystal clear in its statements on this issue.

Back in the 1990’s Rex Sprietsma’s wife was struck and killed by a boat propeller on an outboard motor manufactured by Mercury Marine / Brunswick Corporation. Mercury Marine quickly relied on their federal preemption defense as described in part 1 of this post. The case played out in the Illinois State Court system.

By the time the Spriestma case made it to the U.S. Supreme Court, the only issue to be considered was federal pre-emption. The court did not get involved in ANY issues specific to this accident. They solely evaluated the federal preemption defense.

The U.S. Supreme Court’s decision rendered December 3, 2002 specifically determined “The FBSA (Federal Boat Safety Act) does not pre-empt state common-law claims such as petitioner’s.” Meaning those injured by boat propellers (or their survivors) can sue marine drive manufactures in state court based on recreational boat marine drives (such as outboard motors) being unreasonably dangerous due to the absence of a propeller guard. The Supreme Court decision did NOT state outboard motors are unreasonably dangerous without a propeller guard Or that you would win such a lawsuit. It just stated your right to sue was not blocked by federal preemption.

We clipped several excerpts from the U.S. Supreme Court Sprietsma opinion relevant to preemption of state laws requiring propeller guards and placed them in the PDF document at right. The PDF document includes our comments on those excerpts and additional information.

The Legal Questions in Sprietsma

The legal questions asked in Sprietsma, as defined by the Supreme Court itself were:

The U.S. Supreme Court unanimously decided the answer to both questions above was no. The case was then remanded back to the State of Illinois court system.

The Legal Questions as to Ryan’s Law Being Preempted 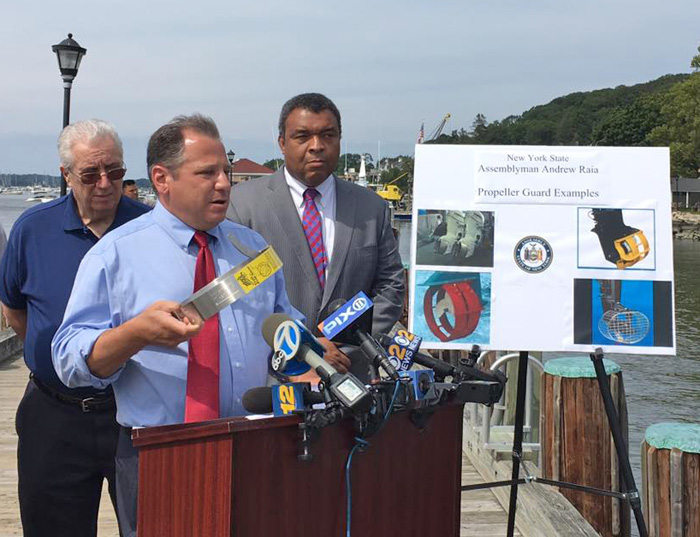 As to the legal questions concerning possible federal pre-emption of Ryan’s Law, those two questions are similar to the Spriestma case questions, but not exactly the same. Questions as to Ryan’s Law being federally preempted are:

We identified several excerpts from the Sprietsma opinion relevant to the questions above in the PDF document we supplied with this post. A few of those excerpts are below.

Pages 65-66 excerpt:
Indeed, history teaches us that a Coast Guard decision not to regulate a particular aspect of boating safety is fully consistent with an intent to preserve state regulatory authority pending the adoption of specific federal standards. That was the course the Coast Guard followed in 1971 immediately after the Act was passed, and again when it imposed its first regulations in 1972 and 1973.

Page 66-67 excerpt:
The Coast Guard did not take the further step of deciding that, as a matter of policy, the States and their political subdivisions should not impose some version of propeller guard regulation, and it most definitely did not reject propeller guards as unsafe.

Reading the two excerpts above of a Supreme Court opinion on propeller guard regulation the answer to Question 1 above is NO.

Page 65 excerpt:
We first consider, and reject, respondent’s reliance on the Coast Guard’s decision not to adopt a regulation requiring propeller guards on motorboats. It is quite wrong to view that decision as the functional equivalent of a regulation prohibiting all States and their political subdivisions from adopting such a regulation. The decision in 1990 to accept the subcommittee’s recommendation to “take no regulatory action,” App. 80, left the law applicable to propeller guards exactly the same as it had been before the subcommittee began its investigation.

Page 68 excerpt:
In the Opinion of the Court case before us today, the Solicitor General, joined by counsel for the Coast Guard, has informed us that the agency does not view the 1990 refusal to regulate or any subsequent regulatory actions by the Coast Guard as having any preemptive effect.

These two excerpts strongly indicate USCG’s 1990 failure to require propeller guards has no bearing on federal preemption of propeller guard regulations by the states, or by their political subdivisions. Therefore the answer to question 2 is NO.

The answer to both questions is no. Therefore, Ryan’s Law is not pre-empted by FBSA 1971 or by USCG’s 1990 decision not to require propeller guards on boats.

If you believe otherwise, note- the answer to the two questions above not only has to not be no, it has to be YES.

Another point made during the opinion was when the Federal Boat Safety Act of 1971 was announced, states were told their existing boating laws be void once the new federal laws were written, however states could continue to enforce their own laws til that date. Once the new federal laws were in place states were told to get rid of any conflicting laws on their books, but states could keep existing laws that did not conflict with the new Federal Boat Safety Act of 1971. The was this was handled was part of why the Supreme Court said you can still make new state regulations relating to boat equipment as long as they do not conflict with existing federal laws, or at least you could in this specific instance (requiring propeller guards).

As we read the Sprietsma opinion, Ryan’s Law is not federally preempted.

We harbor no ill will toward the U.S. Coast Guard or NBSAC.

We wish them the best.

We just think they got this issue wrong.

It is very easy for lots of similarly thinking people in the same room facing what they perceive as a threat to overstate comments against that threat. Just watch some of the political statements being made by either side today.

We try to bring documents and history to conversations like those at NBSAC100 so overstated or inaccurate statements are not perpetuated.

We are not saying Ryan’s Law is a perfect law.

We grant the lack of specificity of Ryan’s Law as currently written as to identifying:

may create some challenges for Ryan’s Law in the future.

We are just saying Ryan’s Law is not federally preempted, especially not with respect to recreational boats.