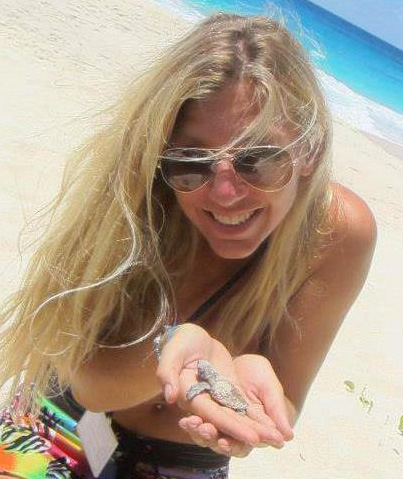 Madaline Cole, 25 of Herefordshire England, was snorkeling with three friends in Malaysia. About 10:20 am May 27, 2013 they were off Shari-La Resort, Pulau Perhentian Kecil, off the northeast coast of West Malaysia in the South China Sea. A boat bringing tourists in to the island resort struck her and Simon James Rogers, 22 of Australia, with its propeller. Madaline Cole (identified as Madaline Jane / Jayne in some early news reports) was struck in the torso, buttocks, and both legs. She died en route to treatment. Simon Rogers was struck in both legs and the stomach. He was rushed to Besut District Hospital then taken to University Sains Malaysia Hospital in Kubang Kerin, Kelantan.

Madaline was known to her friends as Maddy Cole. Her father was formerly a Royal Engineer and served in the Special Air Service (SAS).

Maddy enjoyed the outdoors. She was into scuba, mountain biking, rock climbing, kayaking, hiking, and loved animals. She wanted to become a professional diver.

Rogers was staying at Shari-La Resort on the island of Kecil while Madaline Cole was staying at nearby at the Senja Bay Resort. The accident was in the Malaysia state of Terengganu.

Police say Madaline, Simon, and their friends were outside the safe zone for swimmers and were not wearing life jackets. Others who have previously visited the area say no safe swim areas were marked, and boats just zoomed in to drop off tourists at the resort.

Madaline Cole’s body was taken to Besut District Hospital for an autopsy.

The operator of the boat bringing in tourists, Mohd Azwan Mohamad, was 23 years of age.

Reports say Cole and Rogers had both signed up for a snorkeling course which seems unusual since Madaline Cole qualified as a scuba instructor earlier this year.

The Perehentians (islands) have beautiful waters and coral reefs that are popular with tourists.

Some news reports mention similarities in this accident and that of Joanna Stillwell, 23, swimming in Malaysia back in July 2004. We find that interesting because news coverage of Joanna Stillwell’s fatal accident mentions similarities between her accident and that of Kirsty MacColl in Mexico back in 2000. Last year we developed a list of propeller accidents to international travelers in snorkeling, diving, water tourism areas in less developed parts of the world. We added Madaline Cole and Simon Rogers to the list this morning. The list is at Tourists Being Struck and Killed by Boat Propellers in Diving / Snorkeling Areas.