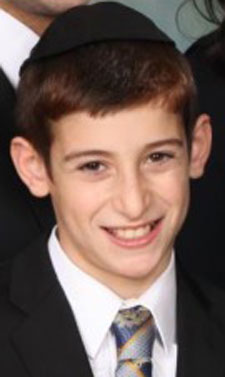 Friday afternoon August 23, 2013 Aaron Tepfer, 10 of Cedarhurst New York, was tubing with four friends on Reynolds Channel, just off Lawrence, New York (an area known as Five Towns). The boat was being operated by the father of one of the other boys. Aaron fell from the tube and was climbing back into the boat about 2:20 pm when his left leg became caught / entrapped in the propeller.

Emergency calls came in at 2:23 pm. Five different emergency rescue teams responded. They were able to extricate him from the propeller. Aaron Tepfer was unconscious when they pulled him from the water. He was life flighted to St. John’s Hospital in Far Rockaway in serious condition with severe injuries to his thigh, then transferred to Long Island Jewish Medical Center in New Hyde Park.

First responders rushed to his aid on jet skis (PWCs) and boats. He had lost a lot of blood and every second counted.

Some rescuers held his head above water so he could breathe, while others tried to free him from the propeller. Lawrence Fire Department’s marine unit took him to the base of the Atlantic Beach Bridge. First Responders were able to restore his pulse, stabilize him, and life flighted him to St. John’s Hospital in Far Rockaway. He was later transferred to Long Island Jewish Medical Center.

Some of the rescuers were pretty shaken up by the event and officials said they would make sure they would receive the psychological help / counseling they needed.

The accident happened near the Cedarhurst Yacht Club and just west of the Atlantic Beach Bridge.

The boat, a 27 foot Sea Ray Sundeck, was stopped at the time of the accident. Aaron had fallen from the tube, swam to the boat, and was attempting to board when his leg became caught in the propeller. The boat operator’s son told him Aaron was stuck and being drug under. The father grabbed Aaron’s life vest to hold his head above water.

Some other reports say Aaron jumped from the boat to swim to the swim, but he landed too close to the boat and was caught in the propeller.

Aaron’s funeral was held the next morning, Sunday August 25 at his school, Yeshiva Darchei Torah. Hundreds were in attendance. His father spoke, and his mother is a teacher at the school. Aaron left behind a younger sister and five older brothers.

Aaron’s school released this statement after his death:

“Aaron was a diligent student and a wonderful friend who will be sorely missed by his family, teachers and fellow students,”
“His parents are longtime and dedicated Darchei Torah parents; his mother has been a devoted teacher in our school for many years.”

A school spokesperson said Aaron enjoyed piano and always looked out for the other kids.

About the Boat and Propeller

A few of the early reports said something about Aaron being caught in the “propellers” tends to support this. Plus the amount of time and effort to extricate him suggests it may have been a twin propeller.

Children caught on a twin propeller quickly reminds us of the Alexis Angelopolous accident. She was a 12 year old girl being caught on a 24 foot Grady White with a twin prop stern drive at Virginia Beach, Virginia in June 2011. A marine mechanic was able to remove the propeller while others held her head above water and she was transported with the propellers still stuck in her legs. It took about 90 minutes in the water for rescuers to get the propeller off.

George Yates, a police diving instructor that helped in the Angelopolous rescue said he planned to add some training about extricating people from propellers after the challenges they faced in this rescue. We suggest some of the first responders in the Tepfer accident visit with him and compare notes. Both regions might then be better prepared so similar future challenges.

We have a list of several Entrapped by a Boat Propeller accidents.