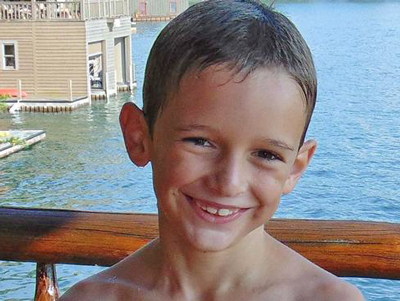 The series focuses on:

NBC4 chose to release the story in a number of segments throughout the day with the tagline, “Small Craft Advisory” instead of as a free standing documentary. 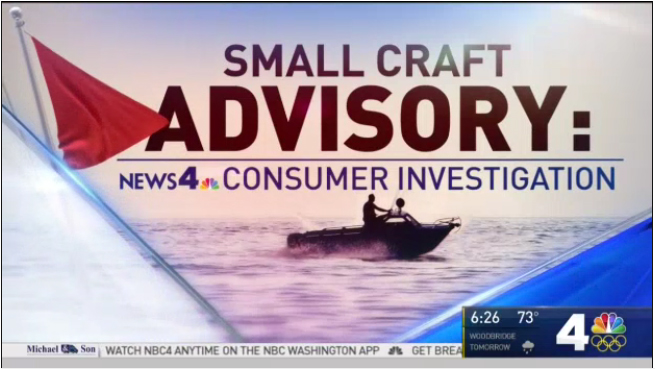 They did a nice job of interviewing people and supplying several videos to support their findings.
While it likely made a lot of sense if you watched their various news programs dispersed throughout the day, it is challenging to try to recreate that experience from their website, Facebook page, or app.

Therefore we organized links to the various segments below.

The regulations segment includes a nice on the water interview with John Adey of ABYC. NBC4 notes several times in their presentation that ABYC standards are voluntary standards and no one even checks up to see boat builders follow them or not. Yes, we are aware NMMA’s certified boat builder program requires certified builders to follow them.

Thanks to John Adey of ABYC for having the courage to meet with them on video. The U.S. Coast Guard failed to respond to requests for an interview. Mr. Adey noted the ABYC standards are much more extensive than USCG standards as shown by the size of the ABYC standards manual vs. the size of USCG requirements manual. He also said ABYC can respond quickly to changes in manufacturing, new technologies or safety issues. We suggest NBC4 ask Mr. Adey how long it took ABYC to get longer swim ladder lengths in the standards (to prevent prop injuries from people swinging their legs up to the ladder) and for those standards to finally take effect AFTER ABYC’s April 2009 testing them in a swimming pool during which a dramatic video showing the importance of this change was produced. The longer ladders went into ABYC H-41 standard in 2014 and may have then taken a while to actually take effect. That’s five or more years for a very simple change.

NBC4 launched the final piece the next evening, 17 August 2017. It was titled, “Horrific Accident Prompted Changes in Boating Industry”. Its opening sentence was, “A $30 million verdict against one the the largest boating manufacturers caused waves in the industry.” As if to say it was not the “horrific accident” that caused the industry to change, it was the $30 million award.

The final installment mentioned WSIA, the Water Sports Industry Association, an industry trade group for manufacturers and others in the towed water sports industry. WSIA’s attorney told reporters the MasterCraft case decision led to recommending bow capacity labels for all boats. Malibu hired a Risk Management Auditor as a result of the case. The video shows Jack Springer, CEO of Malibu Boats, saying the one recommendation he remembers from that auditor is that when you do your testing, to video it, and they have employed that recommendation.

The reporters noted a lot of people think there should be more government oversight, but not the boating industry.

NBC4 has since pulled several of these stories together at Small Craft Advisory but we still prefer our listing above.

A big thanks to NBC channel 4 of Washington DC for doing the investigation and putting this story together with special thanks to Consumer Reporters Susan Hogan and Meredith Royster. The news media rarely covers safety issues with boats, especially not in areas where boating is a major contributor to the local economy.